Eat anything he sees.

Eat the train in front of him (abandoned).

Alien Predator
Jeff is a minor antagonist (later anti-hero) of the 2002 sci-fi comedy film Men in Black II. He is a giant worm-like alien whom Agent J briefly fought against.

His vocal sound effects were provided by Benjamin Cheah.

Jeff appears at the beginning of the film when Agent J and T walk down the subway streets, when they come across a flower-like antenna atop Jeff's head in the subway system. Jay speaks friendly to Jeff, whilst Tee kicks and pulls Jeff's antenna, despite Jay telling him not to. After that, Jeff becomes angered and comes out of the subway system, taking Tee with him. Jeff slams Tee into the ground then returns underground. Jeff proceeds to hit Jay with his tail. Jay jumps on Jeff whilst going back underground, whilst Jeff slithers. Jay proceeds to inject Jeff with a kind of tranquilizer that had no effect on Jeff. Jay is thrown through the back window, into a train. Jay tells all the passengers to move forward in the wagon but they ignore him. As soon as Jeff starts eating the train, the passengers start to move forward. Jay then threatens to shoot Jeff with a gun, and Jeff, now feeling guilty for what he just had done, stops eating the train. Afterwards, Jay leaves the subway and sits with Tee on a bench.

Before Jay heads off to restore his former partner Agent K's memories, Jeff was mentioned when J went to talk with Zed, which he before sending Jay on his next mission, congratulates him for bringing Jeff back to his senses and states that he knew Jeff since he was tiny, implying that Jeff was part of MIB since he was an infant.

Near the end of the film, Jay, Kay and Laura are chased by Serleena in a ship, into the subway system. Jay gets close to Jeff and drops on the ground and Serleena is eaten. Before Laura leaves Earth, Jeff comes out through the top of a building, roaring in pain, he begins to swell up before exploding, revealing Serleena's true form. Which shocks Agent J, K and Laura. However, Jeff's death was avenged shortly after when Agents J and K manage to destroy Serleena, allowing Laura to leave for Zartha. 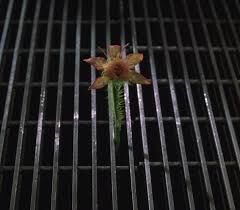 Jeff's Flower above a sewer grate. 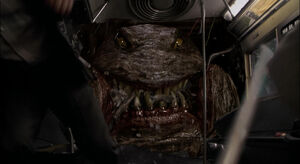 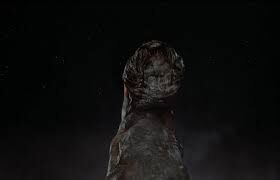