The Jelly Queen is the main antagonist of the online mobile game Candy Crush Jelly Saga. She has two accomplices who wish to help her rule the candy world: Cupcake Carl and Liquorice Larry.

The Jelly Queen's body has a round and thick appearance as she is made out of pink jelly with a round jello mold at the bottom of her body that is partially orange, which replaces her legs, has another jello mold for hair that is partially blue on top, and two thin, long blue eyelashes with curls at the end. The Jelly Queen wears two thick orange and white striped earrings, and holds an orange wand with an orange sphere on top that allows her to create green jelly with it as she spreads it on the board.

In the game Candy Crush Jelly, the Jelly Queen tries to take over the candy world as she petrifies everyone in jelly cubes and kidnaps them as she was seen doing that to a yeti. She is a boss in some levels, where the player is Jenny the Rabbit, and the player's objective is to defeat her by spreading the player's purple jelly over the gameboard, and be sure to overcome the Jelly Queen's green jelly by making sure that the player cover the last remainder of the game board with the color purple. If the Jelly Queen covers a majority or a final remainder of the game board with her green jelly, she wins. Once that happens, she then throws green jelly at the screen as the game is over.

In the trailer, Jenny the Rabbit and Yeti are having a dance off until Yeti slips on a block of green jelly. Jenny and Yeti soon notices the presence of the Jelly Queen, who throws another green jellow mold at Yeti's head. She then challenges Jenny the Rabbit to a game of candy crush on the dance floor. Jelly Queen gains an advantage and taunts Jenny at first, but once Jenny makes a super move, it stuns the Jelly Queen and breaks Yeti free from her Jello moldings. Jenny and Yeti continue their dance, but then another green jello molding traps Yeti again, this time engulfing his entire body. The Jelly Queen then faces Jenny as the trailer ends.

In the commercial, the Jelly Queen comes across a skater girl at the beach and challenges her to a dance off. An old man from a local ice cream stand plays music from a boombox as the two play candy crush while standing on a massive, virtual floorboard version of the game. The girl soon wins the game in the end, and the Jelly Queen makes a screaming posture in disbelief of her loss.

Jelly Queen has sway over green jelly as she uses it against the player in the game. She also uses her green jelly to trap her victims by engulfing their bodies in them. The source of her green jelly comes from her wand that she always carries. 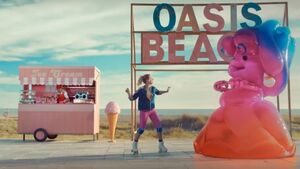 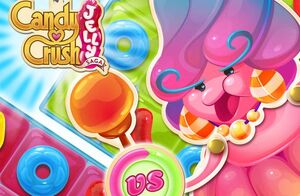 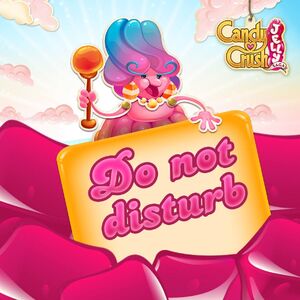 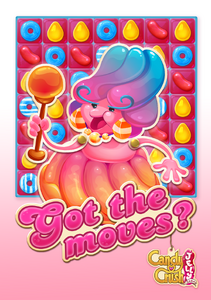 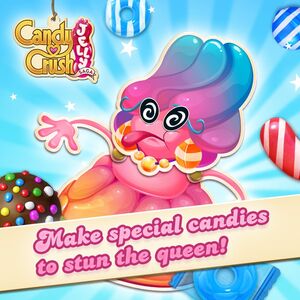 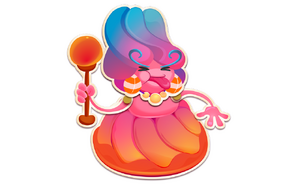 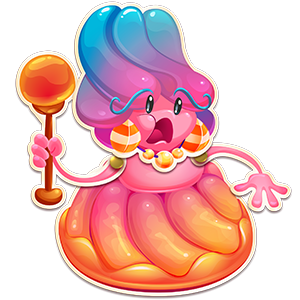 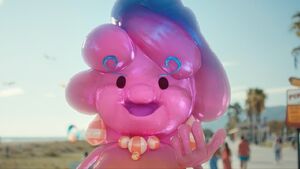 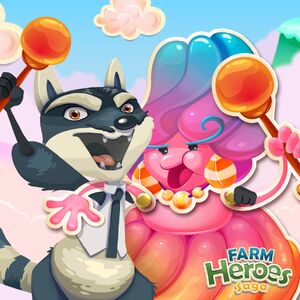 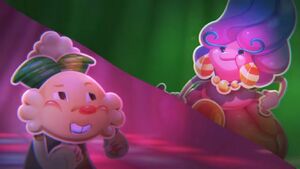 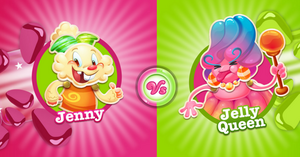 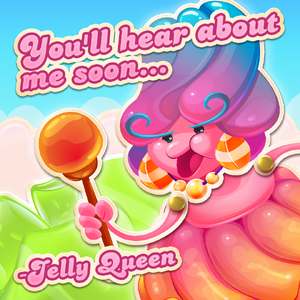 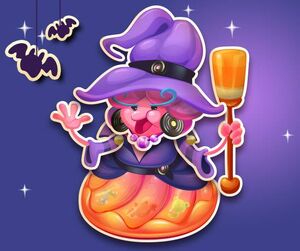 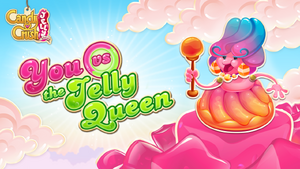 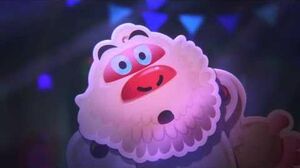 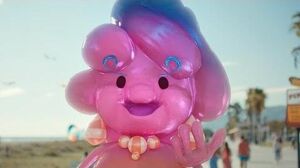 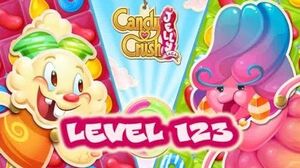