Soldiers of the Dominion

Fighting for the Founders

Do the will of the Founders

The Jem'Hadar are a hostile genetically engineered reptilian-like humanoid species that were introduced in the Star Trek: Deep Space Nine episode "The Jem'Hadar". They were the shock troops of the Dominion, serving the will of the Founders and were one of the most powerful military forces in the galaxy during their time.

At some point in the distant past the Founders had engineered a species to serve as their warriors. It is unknown what species served as the template for the Jem'Hadar. The Jem'Hadar were designed to grow to maturity in just a couple weeks. They were dependent on a drug called Ketrecal White, which provided a critical enzyme for them without which they would eventually die. This was done to ensure the loyalty of the Jen'Hadar to the Founders. Additionally they were designed to regard the Founders as gods, and to obey their orders without question. Due to their bio-engineered nature, there were no female Jem'Hadar, all Jem'Hadar were male.

The Jem'Hadar were put under the command of the Vorta, another race who were bio engineered to serve as the diplomats and administrators of the Dominion. Groups of Jem'Hadar were led by a First, who could execute soldiers who refused to obey his orders.

Due to the violent nature of their existence, most Jem'Hadar died quite young. Few lived into their teens, and the even fewer that lived over the age of 20 were considered honored elders.

The United Federation of Planets first became aware of the Jem'Hadar in 2374, when Benjamin Sisko, Quark, Nog, and Jake Sisko encountered them on a Gamma Quadrant world. While Sisko and his companions were escaping from Jem'Hadar custody, a Jem'Hadar ship rammed the retreating Galaxy class USS Odyssey, destroying that ship. 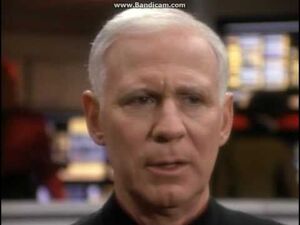 First battle with the Dominion 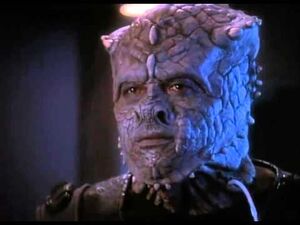 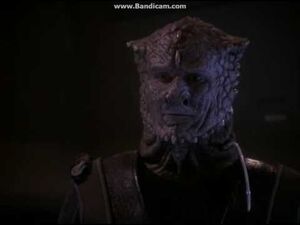 No Sleep No Food No Women 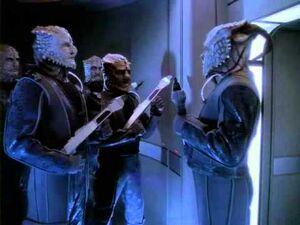 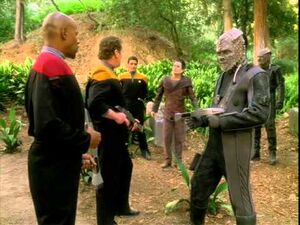 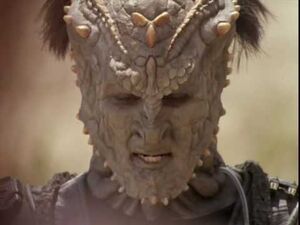 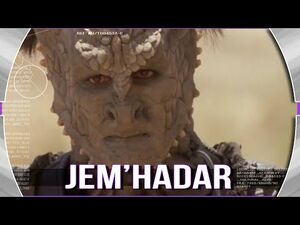 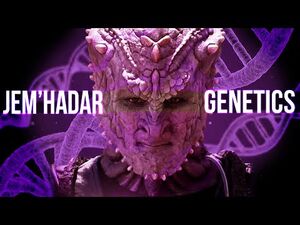