Villains Wiki
Register
Don't have an account?
Sign In
Advertisement
in: Female, Fallen Heroes, Villains by Proxy,
and 9 more

Jenna Nickerson is an antagonist from Season 11 of Supernatural.

She was portrayed by Laci J. Mailey, who previously played Emily in the Season 7 episode "There Will Be Blood".

Jenna Nickerson was a sheriff's deputy in the small town of Superior, Nebraska. She first appeared in the Season 11 opener "Out of the Darkness, Into the Fire", saving Sam and Dean from a creature who was infected with the Darkness by killing it. The trio encounter Mike Schneider, who is also infected, and they drive him to a hospital where other infected people invade. Jenna takes Mike's baby and adopts her, unaware that the baby is Amara — The Darkness — in her infant form.

Jenna became villainous in the following episode "Form and Void", which had her calling Dean when she and her grandmother notice baby Amara levitating blocks. She sees Dean with Crowley, who posed as "Father Crowley", the exorcist whom Jenna's grandmother called. While checking on baby Amara, Jenna has her soul consumed by her, and after the transition, she murders her grandmother and destroys her angel figurines. The soulless Jenna later attacks Dean, only to end up killed by Crowley when he flings her into the ceiling and drops her, which broke her neck. 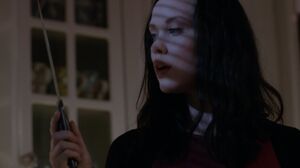 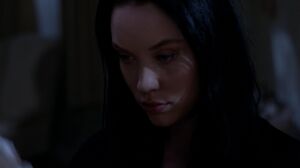