One of the founding members of The Order

Priestess of the Order

Believing in the Order's doctrine.

Dying for her spiritual beliefs.

To await the coming of Judgement Day and the arrival of God's Paradise on Earth.

To die as a martyr.

Mystifying Fanatic Matyr
Jennifer Carroll was one of the very members of the Order within the local town of Silent Hill, Maine and she along with her history was mentioned in Silent Hill 2 and Silent Hill 3. She also appears in the film.

Born during the early history of the Silent Hill area, Jennifer Carroll herself was one of the founding members of the Order in the 17th century and was accused of witchcraft. As punishment, she was burned at the stake by the puritanical citizens of the town in 1692. Considered a saint by the cult she helped establish, her tombstone stands as a monument in Rosewater Park, engraved with the words:

"What happened here shall never be forgotten".

In Silent Hill 3, a painting portraying Jennifer as a saint can be found in the cult's chapel. Below the painting is written:

In the Silent Hill film, director Christophe Gans alludes to Jennifer having been burned alive by the cultists seen in the film. A portrait of her being burned, titled The First Burning hangs in the Grand Hotel that holds the secret entrance to Room 111 that leads to the Sacrifical Chamber. 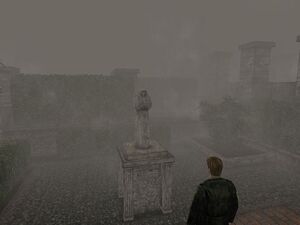 A praying statue of Jennifer Carroll found in Rosewater Park within Silent Hill. 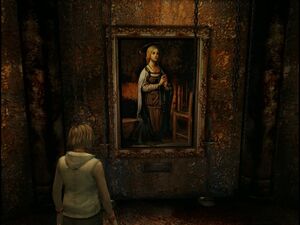 A painting of Jennifer Carroll found in the Chapel. 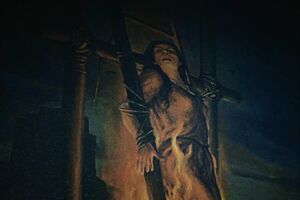 A painting of Jennifer Carroll being burned alive as seen in the film Silent Hill.
Add a photo to this gallery

Retrieved from "https://villains.fandom.com/wiki/Jennifer_Carroll?oldid=4267456"
Community content is available under CC-BY-SA unless otherwise noted.