Hanging out with her BFF Needy (formerly)

Kill Needy and her friends.

Jennifer Check is the titular main antagonist of the 2009 horror film Jennifer's Body. Once an ordinary yet famous high school flag girl, she turned into a flesh-eating succubus as the result of a satanic ritual went wrong.

She was portrayed by Megan Fox, who also portrayed Carla Santini in Confessions of a Teenage Drama Queen.

Jennifer hailed from a small town in the United States called Devil's Kettle and the best friend of a girl named Anita "Needy" Lesnicki "since the sandbox" as she put it. As they grew up together, Jennifer had become the popular girl, where Needy became the quieter one whom Jennifer kept around.

One night when they were teenagers, they went out to this bar where an indie-rock group called Low Shoulder was performing. The lead singer, Nikolai Wolf , was interested in Jennifer, only because he suspected that she was a virgin. The group were actually Satan worshippers who were looking for a virgin to sacrifice to Satan so they could cut a record deal. The bar caught on fire, completely annihilating it and killing a few bar patrons.

The band took a shocked Jennifer into their van. Jennifer, while in the van, saw occult books and various other satanic items which made her nervous. Once they arrived at their destination, Jennifer unsuccessfully tried to escape. They forced her onto the ground and tied her up. They then recited a chant before brutally stabbing Jennifer with a bowie knife. But, unbeknownst to the band, Jennifer was not a virgin. Rather than dying, she was possessed by a demon. It gave her superhuman strength and speed, as well as levitation and immortality. The catch was that she would have to forever feast on young male human (or teenage boy's) flesh to maintain her eternal youth or else she would be vulnerable to decay and death.

Walking on the highway, she came across Amet, an Indian exchange student from her school who survived the fire. Jennifer asked him whether his host family or anyone knows he is alive and when Amet shakes his head as a answer to "no" to her question, Jennifer tells him she will take him somewhere where they'll both be safe, grabbing him by the hand and taking him to the woods where she seduced and ate him.

After the murder, she had found her way to her friend Needy's house. She immediately went into the fridge in the kitchen and tried to eat chicken. But being unable to digest human food, she vomited that out along with "black ferromagnetic fluid" which seemed almost alive for a short time. Jennifer then left Needy's home.

She went out and slaughtered at least 2 more teenage boys (Jonas Jodelle and Colin Grey) before telling Needy what had happened to her and the grisly murders she committed.

Jennifer then went after Needy's boyfriend Chip. She lied to him saying that Needy cheated on her with one of her male friends. He almost believed her. After Jennifer's feminine wiles were lost on Chip, because of his love for Needy, Jennifer attacked the boy. She began feeding on his neck just as Needy arrived and fought Jennifer. After a verbal exchange, Jennifer tried to kill Needy but Chip stabbed Jennifer with a pool skimmer, wounding her. Jennifer escaped and headed back home.

Needy went to Jennifer's home and broke into her room, screaming, "You killed my boyfriend!", and a fight to the death ensued. Needy injured her by carving an "X" onto her stomach but it had little effect. Jennifer then bit her on the shoulder. Needy ripped off her BFF necklace, which shocked Jennifer, allowing Needy to stab her in the heart with a box cutter, killing her and avenging her boyfriend and all the victims that she killed.

After Jennifer's death, her mother caught Needy holding the box cutter after stabbing Jennifer. She was sent to an asylum for the criminally insane. It was in prison that she discovered that the bite that Jennifer gave her, awarded her with much of the same powers as Jennifer. She used said powers to escape from the institution. She tracked down the band, Low Shoulder, who was responsible for both Jennifer and Needy's demonic changes as well as the deaths that it had caused. She avenged herself, Jennifer and her victims by killing them with, ironically, Nikolai's bowie knife, the same weapon they used to sacrifice Jennifer. As Needy left, their fans wanted to see Low Shoulder, but screamed in horror when they saw them dead. It is obvious that needy became a vigilante after killing them given that all her victims Were bad guys and villainesses after all this.

As human, Jennifer has exceptional beauty and capable in seducing boys. But after her sacrifice for Satan ended up went wrong, she gained demonic powers due to being possessed by a succubus. The following powers and abilities that she has includes: 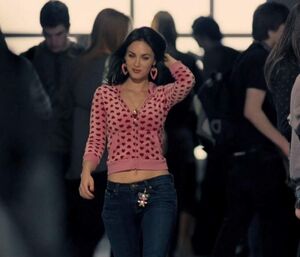 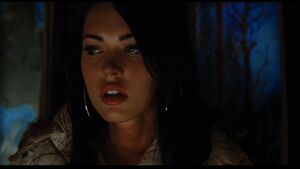 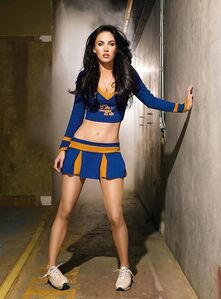