The Calamity from the Sky

Move onto a new planet.
Repeat.

Experiments on her cells, mainly performed by the Shinra Electric Power Company (better known as Shinra Inc.), have produced many of the games antagonists, including Sephiroth.

Jenova appears as a dormant, gray-skinned woman (shown as blue-skinned in Final Fantasy VII, or only appearing blue through its container in the Mako Reactor on Mt. Nibel in other games). Although Jenova appears feminine its gender is ambiguous, being an extraterrestrial life-form whom the Cetra never refer to with a feminine pronoun; Jenova is known as the "Calamity from the Skies" in the legends, and in Final Fantasy VII, Ifalna refers to Jenova with either 'it' or 'he', depending on the version of the game.

Jenova is bare (other than what appears to be an external biological system), with something resembling a heart at its feet. Connected to the heart-like organ are a number of ventricle tubes that reach to different parts of the body, the largest of which, pinker in color, inserts into its abdomen (or in Final Fantasy VII, an apparently empty space in its abdomen). On its back Jenova has appendages along with what resembles a wing protruding from its left, and a stub of a wing from its right.

Jenova has long silver hair parted through the center. Its left eye glows red and it has no right eye, often being covered by hair. Jenova's headgear links to her container and has an inscription which has had a different message between different depictions of the scene. Above the headgear, a brain lies within Jenova's cranium.

As Jenova bears female anatomy the body has two breasts, the right of which has what appears to be a nipple resembling an eyeball. The pubic area is obscured by the tube from the abdomen.

At Mt. Nibel Jenova's container is covered by what has been referred to as the "Jenova Cover" or "Jenova Doll". The effigy is a presumably man-made metal construct that resembles the torso of an angel that obscures Jenova while the wings cover the side of the container. Presumably connected to the roof are cables bearing the appearance of golden hair, offering cover to the higher areas of the container.

A tube links from the chamber's entrance to the cover's mid-point, possibly meant to resemble Jenova who has a similar tube; whereas Jenova's tube leads to a heart-like organ, the area the cover's pipe leads to has tubes that resemble ventricles. The tube linking to the cover can be used as a path to reach the container. At the entrance to the chamber lies a sign reading 'JENOVA'.

2000 years before the events of Final Fantasy VII, Jenova landed on the planet in a meteor, creating a large wound in the planet called the Northern Crater. Jenova emerged from the crater, and using her powerful genetic abilities, managed to nearly wipe out the Cetra, the cousin-species of the humans. The few surviving Cetra banded together and managed to seal Jenova in the Northern Crater, where she would lie dormant for thousands of years.

Jenova was eventually discovered by Shinra's leading scientists who labeled her accidentally as a Cetra and started the Jenova Project using her cells to imbue children with Cetra abilities. Project G led by Hollander produced Genesis Rhapsodos and Angeal Hewley while Project S led by Professor Hojo produced Sephiroth. With Sephiroth being deemed a success, even though he never gained Cetra powers, while Genesis and Angeal were deemed failures, recognizing the potential of warriors like Sephiroth, with superhuman physical abilities, Shinra would advance to the next phase and produce powerful super-soldiers for Shinra called SOLDIERS, who were injected with Jenova cells and bathed in Mako.

Jenova Project's applicants would have disastrous effects years later, producing the world's greatest threats that would lead even Shinra to destruction. Genesis and Angeal, both imperfect and flawed specimen of the Project, left Shinra in disgust and anger over her cells being used to power them and started the Genesis War, using Jenova's cells as a conduit to create clones to battle Shinra, in the process of which Angeal forces Zack Fair, his student, to kill him after becoming Angeal Penance and Zack would also go on to defeat Genesis and redeem him. The most disastrous calamity caused by Jenova would be Sephiroth, who would eventually be led to the truth by Genesis in Nibelheim. After researching further about Jenova in an abandoned Shinra Mansion, Sephiroth reads, by mistake, that Jenova is a Cetra leading him to think that he is one as well. Angered by his belief that humanity abandoned the Cetra to defend the world against an evil calamity, in fact Jenova, Sephiroth desires to avenge Jenova and the Cetra by destroying humanity. Sephiroth then murders all those in the town of Nibelheim and cuts off and takes Jenova's head with him, however he is defeated by Cloud and presumed dead. In actuality Sephiroth had joined the Lifestream and learned all he could about the history of the planet, he then finds an ancient spell that will summon a meteor to create a wound in the planet.

Sephiroth comes to believe that he is the chosen one destined to rule the planet as a god, to do this he will summon the meteor which would create a wound in the planet, and as the planet tries to heal itself using the Lifestream, he will absorb the Lifestream to become a deity. While in the Lifestream Sephiroth decides that he needs a new body so he begins to make a new one, but in the mean time, Sephiroth used his control over Jenova's remaining cells to make her take on his own form and act as his temporary avatar. While under Sephiroth's control Jenova was used to kill the heroin Aerith as she was trying to summon another spell, called HOLY, that would stop the METEOR one. When Sephiroth's new body had finally formed and he was about to become a god Jenova confronted Cloud and the others and fought them in her Jenova-SYNTHESIS form, but she was ultimately defeated.

Later on, Jenova's head was taken by Shinra's current president Rufus Shinra and kept inside a box. As remnants of Sephiroth came into being as three young men Kadaj, Loz, and Yazoo they began searching for Jenova's remaing cells who they refereed to as "mother". Kadaj in the end finally manages to recover Jenova's head and absorb her cells becoming reborn as Sephiroth, but he is once again defeated by Cloud.

Jenova's female humoid appearance is due to infecting a Centra woman when it landed. In truth, Jenova's forms changes depending on what planet she lands on and according to Professor Gast she has done this many times before she landed on the Planet. As of the Nibelheim Incident Jenova's will has more or less been dormant in its original body. The Jenovas met throughout the game are avatars for Sephiroth, however as Sephiroth himself is manipulating them by accessing his connection to Jenova on a genetic level his instinctive desire to kill, consume and eventually move-onto a new planet is likely due to Jenova's nature, thus it is ambiguous if Sephiroth is manipulating Jenova or Jenova is manipulating Sephiroth but the physical bodies seen are just shells. Jenova's bodies grow from chopped up tentacles from her original body which regrow and assume whatever form Sephiroth wishes. Sephiroth's resurrection in Advent Children and reappearance in the Kingdom Hearts games is a collection of spare Jenova cells Rufus had been carrying in a secured container but once released and accessed by one of the Sephiroth clones to act as a catalyst Jenova quickly reconstituted Sephiroth a new body. As Sephiroth had merged with Jenova in the Lifestream it is unclear if Jenova still independently exists, if Sephiroth is his own being just with powers granted to him by Jenova, under her influence or just the next evolution of his "mother". 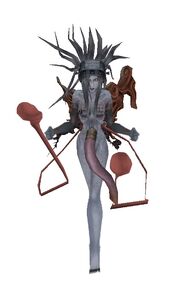 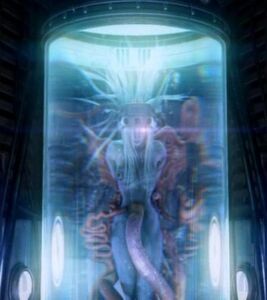 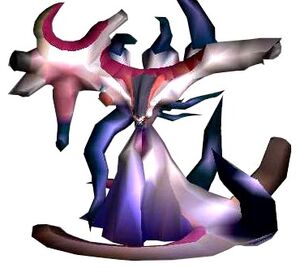 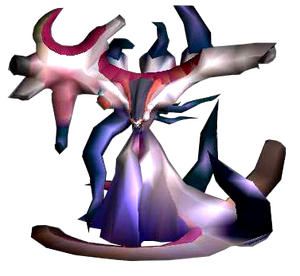 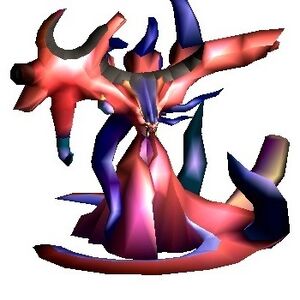 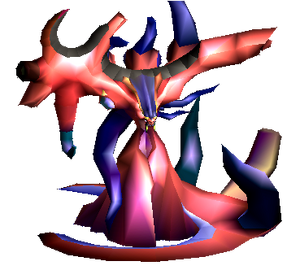 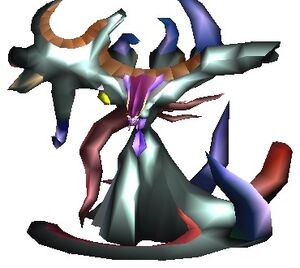 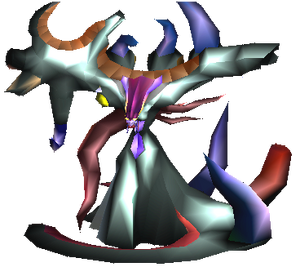 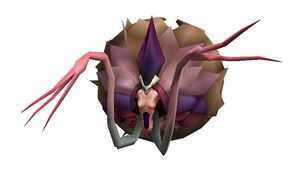 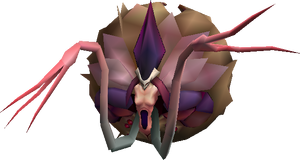