Member of the Order of the Coagula

Help his family achieve psuedo-immortality for themselves and the Order of the Coagula.

Jeremy Armitage is a major antagonist of the 2017 horror movie Get Out. He is a cult member of the Order of the Coagula along with the Armitage Family.

He was portrayed by Caleb Landry Jones.

As the son of Dean Armitage and Missy Armitage and the young brother of Rose Armitage, Jeremy was involved with his family's plans of kidnapping and hypnotizing young, healthy African-Americans so that the brains of elder Armitage family members can be transplanted into their bodies. Unlike his sister, Rose, who forms false relationships with black people to lure them to their house to be used for the surgery, Jeremy actively hunts them down in a predatory fashion.

Jeremy first appears in the film (though wearing a black knight helmet) driving down the street in his white car and spots Andre Hayworth, a black man walking down the street looking for his girlfriends house. Seeing him as a suitable catch Jeremy seeks out of the car and attacks Andre from behind and puts him in a headlock, causing him to fall unconscious. Jeremy then puts Andre in the car and drives away as the song "Run Rabbit Run" plays on the radio.

It is later revealed that Andre was subjected to the brain transplantation surgery and used as a vessel for a man named Logan King.

Jeremy first appeared when Rose brought her black boyfriend, Chris Washington (the film's protagonist), to her family's house for a visit. At dinner, Jeremy drunkenly tells embarrassing stories about Rose. When him and Chris discuss sports, Jeremy stares at him intently, claiming that Chris would be a great MMA fighter because of his "genetic makeup". Chris mentions that he took judo after school in first grade, to which Jeremy explains how it isn't about strength but strategic thinking. He attempts to demonstrate by putting Chris in a headlock, but the family stops him and Jeremy sulks off.

As the film progresses, Chris is too freaked out by the weird things happening and convinces Rose to leave in the middle of the night. They pack their bags and head downstairs, where Jeremy is guarding the front door with a lacrosse stick. The Armitage family—including Rose—reveals their true evil nature. Jeremy taunts Chris to attack him; when he does in an effort to escape, Missy uses her teacup to incapacitate Chris, making his body turn limp as Jeremy gives him a light push to the ground.

Jeremy and Dean carry Chris' body to the basement and tie him to a chair. They start a video tape in which Jeremy's grandfather, Roman, explains a procedure developed by his family in which the brains of older white people are transplanted into the brains of young, healthy African Americans. He and his wife, Marianne, had also taken control of the bodies of two black people, Walter and Georgina, and had been acting as the family's housekeeper and groundskeeper to avoid suspicion. Through the TV and microphones in the room, Chris also converses with a blind art dealer named Jim Hudson, who is to be transplanted into Chris's body. When Chris asks where Rose is, Jim remarks that Chris is lucky for not have been kidnapped through Jeremy's "wrangling method." Missy uses the TV to hypnotize Chris, who falls unconscious.

Jim is brought to a makeshift operating room in the basement, where Jeremy aids Dean in the transplantation. Jeremy then goes to collect Chris with a wheelchair and IV bag. However, Chris fakes unconsciousness, plugging his ears with cotton protruding from the chair's armrests. When Jeremy removes his restraints, Chris bludgeons him twice in the head with a bocce ball. Chris proceeds through the house, killing Dean and Missy. He reaches the front door, only for an enraged Jeremy to ambush him from behind with a headlock, preparing to kill him to avenge his parents. Taking note of Jeremy continuously kicking the front door shut, Chris deliberately makes him do it again in order to stab Jeremy in the leg. He then kicks Jeremy backwards onto the floor and stomps his head to a bloody pulp. 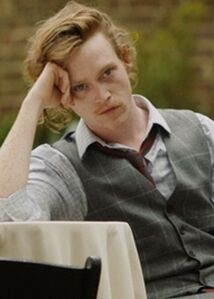 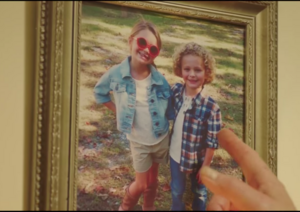 Dean pointing his finger at a picture of Jeremy and Rose as children. 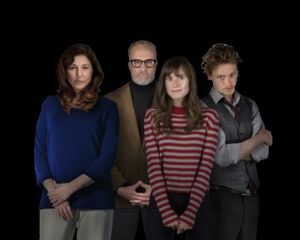