Hide the existence of the Walrider project from the public.

Jeremy Blaire is an unseen antagonist in the 2013 survival horror video game Outlast and the main antagonist of the DLC Outlast: Whistleblower. He is a Murkoff Corporation executive who worked on the Walrider project in Mount Massive Asylum.

He was voiced by Matt Holland.

Nothing is known about Blaire's early life, but it can be assumed that at some point he started working for the Murkoff Corporation - a company originally founded by computing pioneer Alan Turing and former Nazi scientist Dr. Wernicke, with a long track of crimes around the world. Blaire eventually rose through the ranks and became a high-ranking Murkoff executive. In 2009, Murkoff purchased and reopened Mount Massive Asylum, a former Colorado asylum, which remained closed for over 30 years until it was bought and the sole purpose for this purchase was so that Murkoff could start at the asylum the Morphogenic Engine program - nanotechnology experiments and dream therapies on asylum patients with the reason for these experiments being profit.

Intending to keep the experiments a secret, Murkoff hired paramilitary forces to guard the asylum and also appointed Blaire to become head of the asylum and report back to them results from the experiments. Blaire was especially dedicated to keeping what's happening inside the asylum a secret and going as far as institutionalizing, torturing, killing or enrolling at the Morphogenic Engine program anyone who tries to expose Murkoff and their plans to the public due to the fact that Blaire and many people who work for Murkoff could be given life sentences or the death penalty for crimes against humanity if exposed, as well as the possible large profit from these experiments.

Jeremy Blaire makes his first appearance in the server room (located in Block C of the Underground Lab) where he and several security guards ambush software engineer Waylon Park, who over time developed a strong hatred for Murkoff and their goals to achieve profit through these experiments and had secretly sent e-mails about the illegal activity at the asylum to several journalists, including Miles Upshur.

After a guard brutally strikes Waylon to the ground, Blaire starts sadistically mocking Waylon about how he thought that "a borrowed laptop, onion router and firewall patch" would fool the world's leading supplier of biometric security and even calling Waylon's actions "stupid" and "crazy" and then breaks the laptop. Blaire then asks Waylon if he wants to volunteer for the Morphogenic Engine program and then Blaire and a guard joke and pretend as if Waylon said "yes". Then the guards beat up Waylon until he is unconscious. Blaire has Waylon exposed to the experiments against his will in a restricted experimentation room until the patients and The Walrider break free and cause havoc, killing doctors and guards on the way. However, Blaire somehow manages to evade certain death and escapes from the lab amidst the chaos. Waylon himself is released thanks to a harmless Variant.

Even though Blaire escaped from the lab, he decided to remain at the asylum to ensure that nobody exposes Murkoff's actions as Blaire and his associates will be sent to prison, regardless of if they escape from the asylum. Blaire manages to reach the asylum prison complex because there is a short-wave radio located in the prison and can be used to call the authorities which will eventually find out about the situation at the asylum.

Blaire finds to his surprise Waylon getting in touch with 911 and quickly strikes Waylon to the ground with a baton. While Waylon is on the ground, Blaire destroys the radio beyond any usage. Waylon then tries to escape from Blaire, but he ends up getting stricken again by Blaire, who tackles Waylon to the ground and tries to strangle him to death with the baton, while berating him for not willing to keep his mouth shut and just play along. Blaire almost succeeds in strangling Waylon to death until he hears Chris Walker coming. Fearing for his life, Blaire quickly exits the room, but not without telling Waylon to do him a favor and die and then hastily leaves, likely hoping that Walker could finish off Waylon, but Waylon manages to evade Walker and escapes the prison.

Blaire doesn't show up again until the end, when Waylon enters the Administration Block (after killing Eddie Gluskin at the Vocational Block) and finds Blaire seemingly injured and slumped against the exit of the block. Blaire is surprised to see that Waylon is still alive. While still on the ground, Blaire offers Waylon a deal - Waylon helps Blaire up and Blaire helps Waylon.

Hardly feeling sorry for the corrupt Murkoff executive and determined to expose the truth, Waylon ignores Blaire and is about to exit the asylum when Blaire suddenly raises up and uses a medium-sized knife to non-fatally stab Waylon in the abdomen, while telling him, "Fucking DIE already." Blaire then declares no one can know (about the events that took place at the asylum) and is about to kill Waylon when the Walrider (under the control of Miles) ambushes and lifts up a shocked Blaire in the air, who screams in terror about the Walrider's escape. The Walrider/Miles then enters Blaire's body and from the inside tears Blaire into pieces, killing him instantly.

Jeremy Blaire was an evil-minded, arrogant, greedy and corrupt Murkoff executive who only cared about the profits that could be earned from the brutal experiments on the asylum patients. From his appearances, Blaire was also shown to be ruthless, sly, cunning, psychopathic and particularly sadistic, as shown in his delight in mocking Waylon about his failed attempt to expose Murkoff and asking him if he wants to volunteer for the Morphogenic Engine program and pretending as if Waylon agreed.

Blaire was also very backstabbing and desperate, as he tried his best to not allow Waylon to expose the truth about the illegal experiments and even tried to kill Waylon twice, so as to cover the truth and not ending up going to prison if he survived.

Ultimately, Blaire's desperate attempts at keeping a secret the experiments that were conducted at the asylum only resulted in Blaire getting killed in the process and Waylon Park escaping the asylum and exposing Murkoff.

However, Blaire was shown to be able to take care of himself by escaping the underground lab, despite merely being an executive and made his way to the prison to destroy the short-wave radio, even though he knew the dangers and risks for his life as Variants were everywhere and they could have easily identified Blaire as a Murkoff man and tried to kill him. It is also unknown how Blaire managed to survive for twelve hours in the asylum while Waylon was in Eddie Gluskin's possession.

Furthermore, Blaire is also shown to be quite strong and redoubtable, as he manages to tackle Waylon to the ground and nearly strangled him, until he heard Chris Walker coming and cowardly fled, believing that Walker could finish the job, but he failed to catch Waylon. 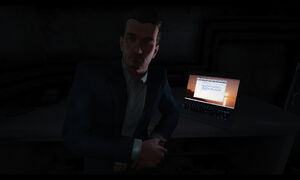 Jeremy in the server room. 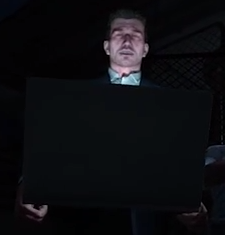 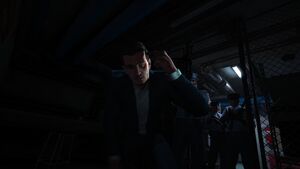 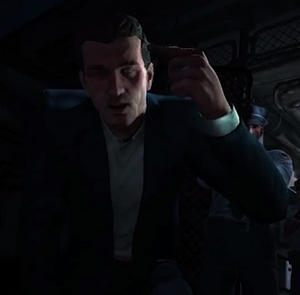 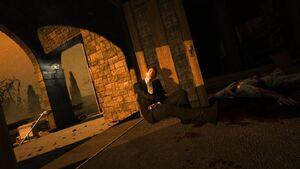 Jeremy laying injured at the entrance. 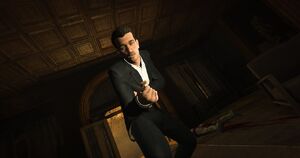 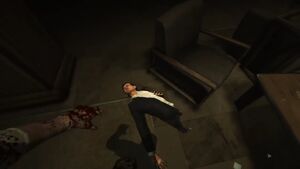 Jeremy's appearance in Issue #2 of the comics. 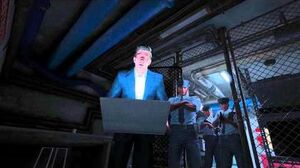 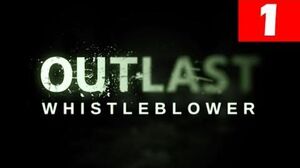 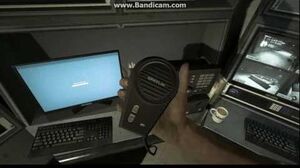 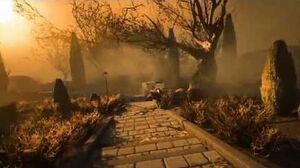