Kill the jocks who bullied him.

Jeremy Creek,  AKA The Electric Scarecrow, is a one-shot villain appearing on the WB/CW television series Smallville.

He is the first meteor-infected metahuman with the ability to manipulate electricity who encountered and fought Clark Kent until he was cured and was the first freak-of-the-week in the series.

He was portrayed by Adrian McMorran, who also played Michael Amar in Arrow.

In 1989, Jeremy was chosen to be Smallville High School's annual "Scarecrow," a cruel prank by football jocks who stripped him to his underwear and strung him up in a cornfield on a cross with an "S" painted on his chest.

While on the cross, Jeremy saw a 9-year-old Lex Luthor and begged him for help. A moment later, the first meteor crash-landed nearby, causing a shockwave that hit Jeremy and Lex. Jeremy was subsequently left in a coma.

Fifteen years later, Jeremy awoke from his coma without having aged and with the power to control electricity. He set out to get vengeance against the jocks who bullied him years earlier, beginning with a mechanic. He had not aged a day and discovered that he now possessed metahuman abilities.

Later, he watched as Clark Kent was taken by Whitney Fordman and a few jocks to be that year's Scarecrow. Feeling that nothing ever changes, Jeremy decided to kill all the current students at the homecoming dance.

Jeremy found Clark strung-up just as he was just before the 1989 meteor shower and lamented that nothing had changed before heading off to kill the students at the Homecoming Dance. Clark asked him to free him but he refuses to help, telling Clark that he'll be safer where he is. Clark realizes that Jeremy planned to go to the homecoming dance and electrocute everyone there.

Jeremy then leaves just as Lex is driving by. Lex sees Jeremy as he jumps the fence and he recognizes him from twelve years ago. Lex gets out his car to investigate but Jeremy slips away.

At the dance, everyone is having fun dancing but unknown to everyone inside Jeremy is about to set off the sprinkler system to get them wet for electrocution. Clark managed to get free and confronted Jeremy at Smallville High.

He tries to connect to Jeremy telling him he understands his pain. But Jeremy is in denial that he is in pain and points out that the homecoming hazing needs to stop and that punishing everyone inside is the only way.

When Clark moves to block him, Jeremy tries to electrocute him only for Clark to be immune, Clark then grabs and throws Jeremy away from the sprinklers. The two battled and Clark warns him to give up but Jeremy then uses his electric powers to start a maintenance truck up. Jeremy tries to run Clark down with the truck but Clark grabs onto it causing Jeremy to crash into a water main.

As the cab of the truck filled with water, he short-circuits himself. When Clark opens the door of the truck he notices Jermey has turned back to his true age of 25, his powers are gone and ended up losing his memory of Clark.

He asks Clark where he is and who Clark is. Clark introduces himself to Jermey and tells him he's in Smallville. Jeremy says that he just wants to go home and Clark nods. 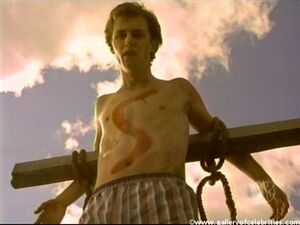 Jeremy in 1989 on the day of the meteor shower as a crucified scarecrow. 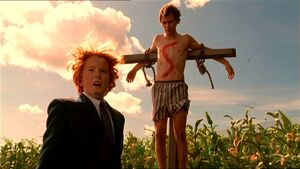 Jeremy to a young Lex Luthor pleading for help. 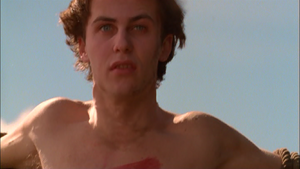 A meteor hits the cornfield and creates a shockwave seemingly swallowing Jeremy and Lex. 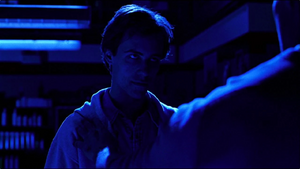 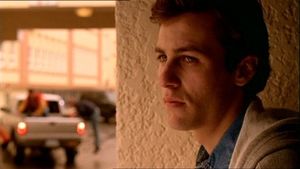 Jeremy glaring in the present day. 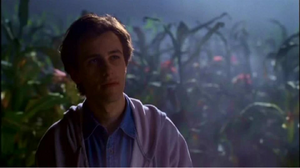 Jeremy finds Clark in the cornfield. 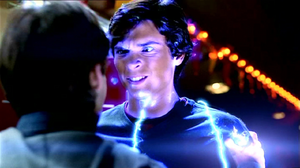 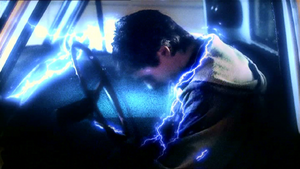