Puss Gets the Boot

Rescue Robin Hood.
Avoid getting eaten by Tom.
Stop Tom.
Help Tom and his friends.
Save the day.
Reclaim the holiday kingdom from the evil cats.

Jerry Mouse is the one of the two main protagonists of the animated series Tom and Jerry. He is Tom's archenemy and occasionally best friend.

While Tom is widely considered by default to be the "villain" between the two, many post-modern audiences have taken more and more notice to the brutal injuries that Jerry regularly inflicts on him, and sympathize more with Tom. Indeed, Jerry is technically a pest who shouldn't be living in the house, and Tom likewise is simply doing his job as a good pet by trying to get rid of him, and in a number of cases Jerry has arguably been the instigator of conflict. However, these cases are the exception rather than the rule, and in the vast majority of episodes Tom is clearly the instigator. Usually, though this is because Jerry has been stealing or pestering the homeowners, causing them to order tom to catch him or get kicked out. This puts the poor cat in a lose-lose situation. Overall, the conflict between the two characters is closer to an equally two-sided, active rivalry than anything else.

In other media beside the original shorts by Bill Hanna and Joseph Barbera, Jerry tends to be less villainous, though not always the case. When Chuck Jones took over the series in the 1960's he admitted that he didn't understand the characters that well, and Jerry occasionally committed acts that were uncharacteristically cruel. Even in Jerry's young age, his rivalry with Tom (as a kitten) stayed the same, as seen in the early 1990's show Tom and Jerry Kids.

The popular interpretation of Jerry as a villain has famously been parodied on The Simpsons by Itchy.

Tom, he is more skilled, calculating and less destructive, as every times he had conflict with Tom. Tom often unintentionally destroys everything that gets in his way while Jerry rarely does the same. This may be due less to personality and more to the fact that jerry weighs about as much as four postage stamps. 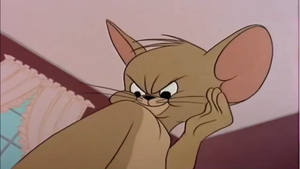 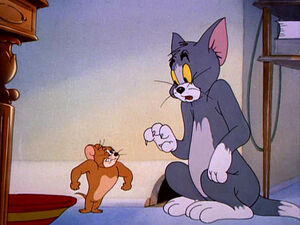 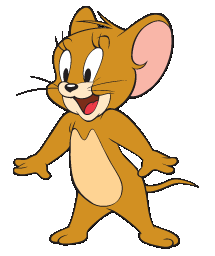 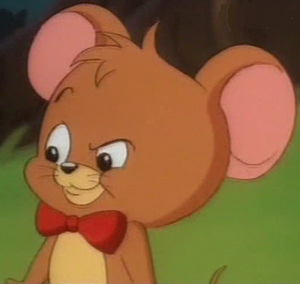 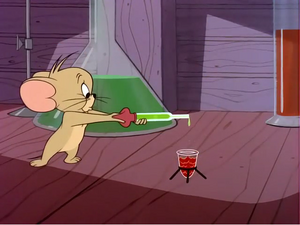 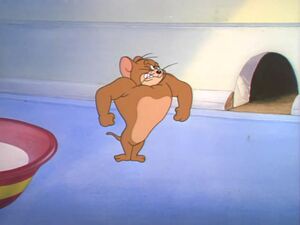 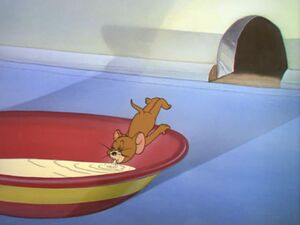 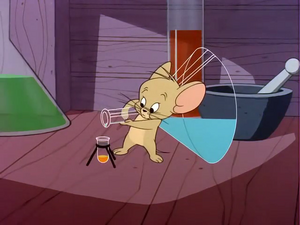 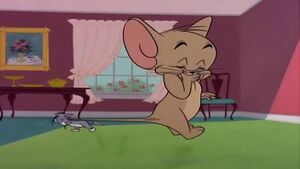 Add a photo to this gallery
Retrieved from "https://villains.fandom.com/wiki/Jerry_the_Mouse?oldid=2501582"
Community content is available under CC-BY-SA unless otherwise noted.