To recruit his friends into The Order.

Jesse Laurenzi is a recurring antagonist in the Slenderverse ARG series DarkHarvest00.

Before his first appearance, Jesse became a Vassal in the New Jersey Chapter of The Order's 4th Enclave. After Greg started experiencing odd things due to him living nearby one of The Order's meeting grounds and seeing Slender Man, Jesse managed to get his friend to join the group, an action where Greg would later want to leave it, due to worry of it's cult-like nature. Warning him that leaving would mean he would perish and stating that he believes he is one of the chosen ones, Slender Man warps to the front door of the house, with Jesse taking a book of the Collective Knowledge and running away, leaving Greg at the nonexistent mercy of Slender Man.

Jeff is first seen in Log #14-1, where he goes to a house party hosted by Greg. Noticing that the host is missing, he and Alex help Chris break inside his house, due to them worrying about him. Both also go in when Chris doesn't come back, in the basement, then find Greg's corpse and then knocked out Chris. After this, Jesse helps the other two young men to search for clues. Jesse finds the Black Book near the Rainwood Day Camp & Learning Center and joins the other two when they journey to the Atlantic Test Site. As Chris and Alex stay in Jesse's home to rest, KindVonDerRitter heads inside and leaves his blade to attempt both sides to become passive. Jesse also helps Chris and Alex to steal the items inside Heather McComber's chest.

Later, Chris, Alex, and Jeff view tapes Greg made chronicling his last weeks, discovering Jesse's involvement with The Order. Noah goes off to confront The Order, getting the location from Jesse. The man also directs Chris and Alex into a trap the latter two made. A commander handing him a axe, he promises a promotion if he can behead his buddies, which he fails to do. Chris and Alex do trap Jesee, but have to leave before they can fully question him.

On the the two-year anniversary of Greg's demise, Jesse is destroyed by The Order for disobeying laws and being nearby the 6th Enclave, which they see as heretics. Before his death, the Overseer tells that Jesse was planned to lead the 5th Enclave, and he was innocent. Despite this, his headless corpse was later found in a grave in Giovanni Kraska's farm. 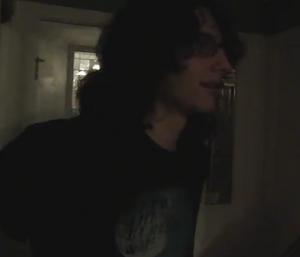 Jesse as he first appears. 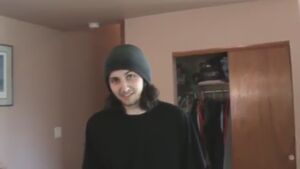 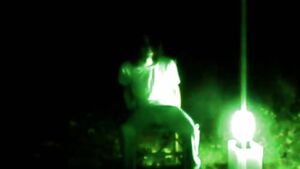 Jesse after being tied up by Chris and Alex.

Jesse being tortured by Chris.