Carrying out missions for the B.S.A.A.

Assist Morgan Lansdale in his schemes.

Jessica Sherawat is the secondary antagonist in the 2012 video game Resident Evil: Revelations. She was a member of the Federal Bioterrorism Commission who later became a member of the Bioterrorism Security Assessment Alliance. She was secretly a spy who worked as a triple agent for TRICELL all along.

She was voiced by Ali Hillis.

In 2004, Jessica was a part of the F.B.C., partnered with Parker Luciani during the biological attack to the floating city of Terragrigia.

The two worked together to rescue a wounded Raymond Vester, and after fighting through waves of Veltro controlled Hunters the two escaped the doomed city via helicopter shortly before their commander, General Morgan Lansdale, ordered Terragrigia's destruction at the hands of the Regia Solis satellite.

After the incident, both she and Parker joined the B.S.A.A.

In 2005, she worked alongside Chris Redfield as the two investigated reports on the return of Il Veltro. Sent to investigate the remote Valkoinen Mökki Airport, they were contacted mid-mission by Clive R. O'Brian, who informed them that Jill and Parker had gone missing in the Mediterranean Sea on the Queen Zenobia, which was also supposedly controlled by Veltro. Due to miscommunications, they ended up on the Queen Semiramis. Finally reaching the Queen Zenobia, they met up with Jill and Parker.

At that moment, a masked figure believed to be Veltro leader Jack Norman appeared, threatening to reveal the secret of Lansdale's labs on board the ships. Jessica, who had been a double agent acting as a mole for Lansdale, took the initiative and shot the masked man. This man was later revealed to be a disguised Raymond Vester, who was working under the orders of Director O'Brian to attempt to expose Lansdale's illicit operations. Vester then supposedly died from his wounds.

Agreeing to split into their old partnerships, Chris and Jill investigated the ship's labs while Parker and Jessica headed elsewhere. She then told Parker to go to the bridge while she headed below to stop the sinking. In reality, she took a more direct route to the bridge in an attempt to activate the ship's self-destruct mechanism to destroy the labs and protect Lansdale. When she was caught in the act by Parker and an unharmed Raymond before she could, she revealed to them both that she was the mole in the B.S.A.A., and tried to shoot Raymond again, but Parker took the bullet instead. She succeeded in activating the self-destruct mechanism and left, with Raymond in pursuit.

Though Raymond said that Jessica escaped, actually the two had been working in collusion the entire time as triple agents employed by Tricell. She met Raymond in a European cafe, where Raymond provided her with a sample of the t-Abyss virus. The two went their separate ways, and their current locations are unknown. 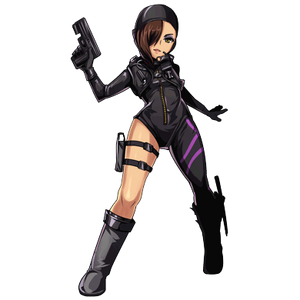 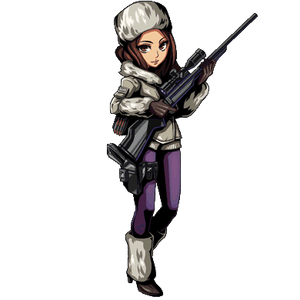 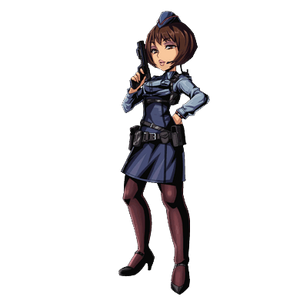