Playing pranks on the enemies.

Protect the master and stay alive at all cause.

Jester is one of André Toulon's living puppets and is featured in each of the Puppet Master films to date. He is often credited as the leader of the puppets.

The puppet stands at 1'8" and weighs 1.5 pounds. Before he became a puppet, Jester was a man named Hans Seiderman, a bookkeeper who loved to play pranks and tell jokes and who was killed by the Nazis when his jokes went too far. He was used for evil under puppet masters Neil Gallagher, André Toulon, and Dr. Magrew, all whom he turned against in the end.

Jester is like the watch man of the group, looking out for danger, keeping the enemy occupied long enough for the puppets to strike.

Jester has the ability to rotate three portions of his face: his forehead, middle face, and chin. He can show five expressions: happy, devious, sad, angry and surprised. Jester can fit through small places where the other puppets can't. 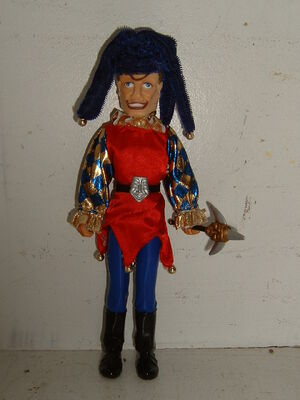 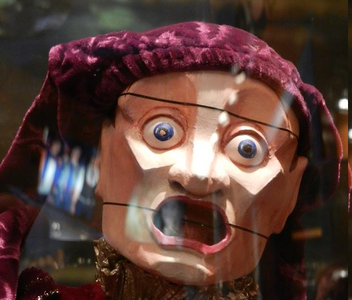 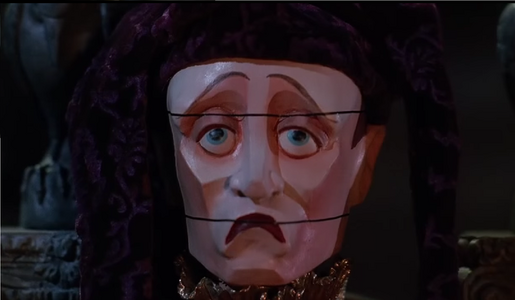 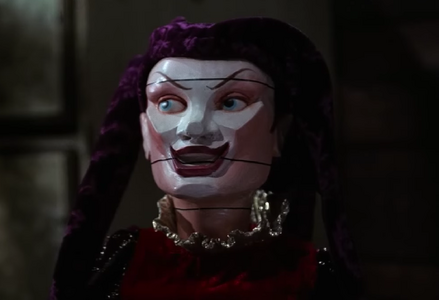 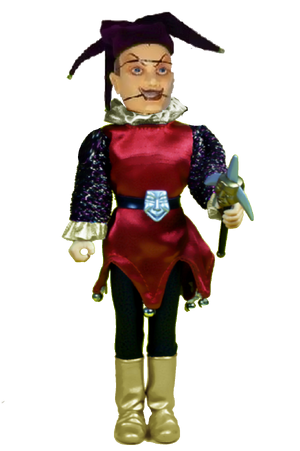 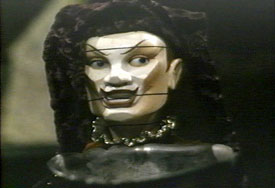 Add a photo to this gallery
Retrieved from "https://villains.fandom.com/wiki/Jester_(Puppet_Master)?oldid=3552275"
Community content is available under CC-BY-SA unless otherwise noted.