Jherii Gallo is one of the bosses or psychopaths in the 2013 video game Dead Rising 3. She is also an optional boss featured in the main mode, first encountered in Chapter 5 in Sunset Hills at the Yoh-Gah! Gym and Yoga Studio in the side quest Look In The Mirror. She is a professional bodybuilder and sportswoman who was supposed to take part in the Miss Gigantic California contest but the zombie outbreak canceled it. Jherii, unlike other psychopaths, does care too much about the outbreakand spends all her time training. However, her calmness is only appearances because it is very easy to throw her off balance. Jherii is exceptionally vain and she just hates when someone calls aman. Jherii is also one of the psychopaths who carry one of the Seven Deadly Sins. Jherii's sin is Pride. She was voiced by Robin Coleman.

Jamie calls Nick, telling him he has spotted some muscular guy training at the Yoh-Gah! Gym, whose mass and strength would be very useful in exterminating zombies. Nick Ramos heads to Sunset Hills and heads towards the gym. Upon entering, Nick sees Jherii practicing with her back to him, motivating herself. Nick, mistakenly perceiving her as a man, because of her low voice and muscles, calls her "a man" in order to take her to a safe place. This infuriates Jherii, who turns around and shows Nick the fact that she is a woman. Jherii tells him that she is a bodybuilder ready to win the Miss Gigantic California competition and win their trophy, and that no one gets in her way. Nick tries to reason with her that the competition has been canceled due to a zombie outbreak. Jherii apparently forgets that Nick called her a man and goes back to flexing her muscles in front of the mirror and admiring herself. Nick clearly impressed with her stature begins to compliment her by accidentally calling her a man again. This enrages Jherii again, and despite Nick's apologies, she decides to kill him with the barbell, saying that he will not prevent her from achieving her goals.

After the fight, the defeated Jherii begins to cry and lament the fact that she has been defeated by Nick. The woman goes to the shelf with the trophies and begins to repeat her mantra and, unable to bear the defeat, she drops the shelf with the trophies, crushing herself, dying on the spot. Nick looks at her corpse and flexes his muscles to show that he was better than her. 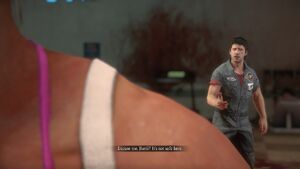 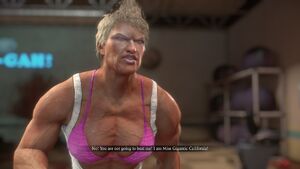 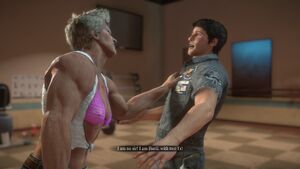 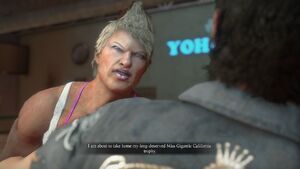 Jherii telling Nick about her plans 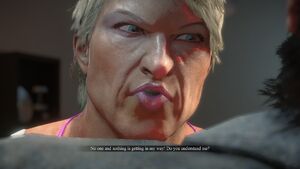 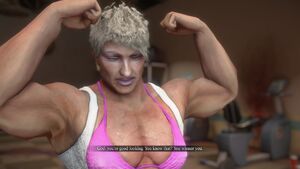 Jherii Gallo posing in front of a mirror. 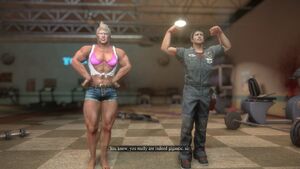 Jherii and Nick posing in front of a mirror. 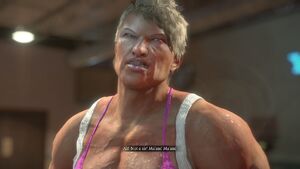 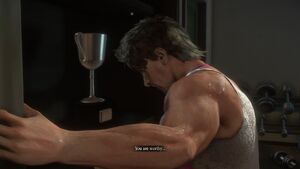 Jherii lamenting on her failure. 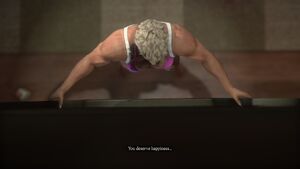 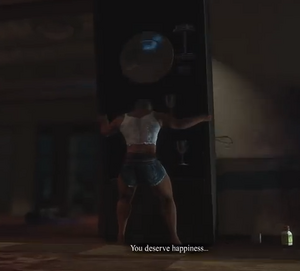 Jherii pulling onto herself a trophy shelf. 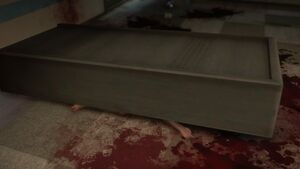 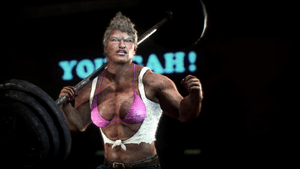 Jherii Gallo as the Prideful Psychopath.