Evade himself from global manhunt

Enigmatic Criminal
Ji-Hu is the 25th Elusive target in HITMAN (2016) and HITMAN 2 (2018), appearing as the main antagonist of The Fugitive mission. He is a notoriously elusive State Security Department member, currently on the run from several intelligence agencies.

Ji-Hu was a State Security Department operative, who is implied to be either a North Korean or Khandanyan agent. He was notorious for his mysterious identity and evasive personality. The files of ICA link him to a number of hybrid conflict operations in mainland China, South Korea and Japan.

In a "touching example of international cooperation" (quoth Diana Burnwood), the intelligence services of all three nations have placed a combined Contract with the ICA for the target’s elimination. The Agency eventually tracked down Ji-Hu in GAMA Hospital from Hokaiddo, Japan, and he was among three patients doing plastic surgery.

The three patients have three randomly assigned routes, changing with every start or restart. Agent 47 can gain information through the hospital's computer in order to allow him and Diana to identify Ji-Hu correctly before assassinating him. 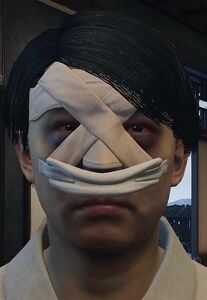 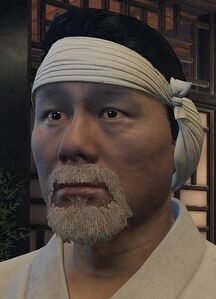 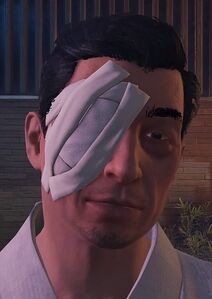 The keratoplasty patient.
Add a photo to this gallery 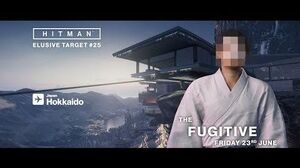 HITMAN Elusive Target 25 The Fugitive
The in-game briefing on Ji-Hu.
Add a photo to this gallery

Retrieved from "https://villains.fandom.com/wiki/Ji-Hu?oldid=4018336"
Community content is available under CC-BY-SA unless otherwise noted.