Strategic Minion
Jia Xu is a character in the 14th-century Chinese classic novel Romance of the Three Kingdoms by the late Luo Guanzhong, and its multiple adaptations. He is a strategist who has been highly praised for his sly wit. He has been described as a person who "shares the same intellect as Chen Ping and Zhang Liang". He first served Dong Zhuo, followed by Li Jue and Zhang Xiu before surrendering to Cao Cao, and becoming Cao Pi's Grand Commandant. He also appears as a playable character in the Dynasty Warriors series.

Jia Xu was born in Gozang in Wuwei. He received adequate education from childhood. A Hanyang man named Yan Zhong once said that Jia Xu had the wit of Zhang Liang and Chen Ping, two famous strategists of the early Han Dynasty. He was appointed as an official in the Han Oriental government while still being young. However, seeing the existing corruption in the government, he returned to Wuwei with the excuse of being it. On the way back he was captured by the rebels of the tribe, along with several other travelers. He then lied, saying he was the political grandson of Duan Gong, a popular military general of that moment, and was treated with respect to end up being released, while the other travelers were executed. Han Sui initiated a revolt to the northwest with the help of several Qiang tribes, and took the province of Liang by itself. The Han East court appointed General Dong Zhuo to subdue the revolt, and at that time Jia Xu was one of Dong Zhuo's advisers. Dong Zhuo entered the capital city of Luoyang, and became the de facto leader of the court using Xian Emperor as a mere puppet. The cruelty and imprudence of Dong Zhuo, however, soon began to become enemies, and Jia Xu, feeling the defeat of Dong Zhuo, left the court. Jia Xu was then appointed as an adviser to the son-in-law of Dong Zhuo, Niu Fu.

Dong Zhuo was murdered by Lu Bu in Luoyang. Li Jue and other non-supporters of Dong Zhuo, including Niu Fu, Fan Chou, Guo Si, and Zhang Ji, managed to escape. However, Niu Fu was soon killed by one of his own servants, then Jia Xu went to join Li Jue and suggested him to gather troops and take Chang'an to avenge the death of Dong Zhuo and take the emperor captive The plan succeeded; However, Guo Si and Li Jue began to fight over who was in control despite the mediation of Jia Xu, and the latter abandoned them, partly because his mother was missing. However, Li Jue and Guo Si (because they admired their talents) were ordered to return. Li Jue and Guo Si was once again ended up having an important conflict between themselves, and due to this, Jia Xu deserted. Jia Xu then made connections with the nephew of Zhang Ji, Zhang Xiu, who was in Nanyang and joined him. Jia Xu suggested an alliance with Liu Biao, which was agreed upon. However, he soon regretted and told Zhang Xiu that Liu Biao was weak in nature, an opinion shared by many others, including the famous strategist Zhuge Liang. Cao Cao attacked Zhang Xiu. Jia Xu and Zhang Xiu pretended the surrender and then they made a sudden attack of fire against Cao Cao at the Battle of Wancheng, which destroyed the whole army of Cao Cao, although Cao managed to escape. Partly to the advice of Jia Xu, Zhang Xiu was able with the help of Liu Biao to repel several later attacks of Cao.

Yuan Shao, an important man of the war of the time, sent a request to Zhang Xiu to join him in his fight against Cao Cao. Zhang Xiu wanted to accept the petition; However, Jia Xu did return to the courier and told Zhang Xiu that Yuan Shao was not worth being served. Hours ago, Jia Xu advised Zhang Xiu to surrender to Cao Cao, a surrender that was well received by Cao Cao. Jia Xu later became adviser to Cao Cao and later to Cao Pi. Jia Xu helped Cao Cao defeat Yuan Shao at the Battle of Guandu, advising him to cut Yuan Shao's grain supply, the plan succeeded and became an important factor in the decisive victory of Cao Cao, and finally its unification of the north of China. After Cao Cao snatched Jing Province from Liu Biao, Jia Xu suggested to Cao Cao not to attack Wu Oriental, a council that was ignored, something that Cao Cao would soon regret when all his The army was defeated completely at the Battle of Chibi. Shortly afterwards, Cao Cao was attacked by an army led by Han Sui and Ma Chao at the Battle of Tong Pass. Jia Xu then unfolded a plan, which made Han Sui stand against Ma Chao and guaranteed the victory of Cao Cao. Jia Xu was one of the main supporters of Cao Pi, the eldest son of Cao Cao, in his conflict with Cao Zhi for the succession of his father, Cao; and spoke successfully about the selection of Cao Pi by Cao Cao. When Cao Pi abdicated Emperor Xian of Han and proclaimed himself Emperor, he asked Jia Xu about who was to attack first, in the state of Wu Oriental or Shu's Han Jia Xu said that with his state of Cao Wei of that time he did not have the power to attack Wu, nor to Shu. Cao Pi did not want to hear his advice and once again suffered a great defeat of Wu. But later on, Jia Xu died of natural causes when he was 77 years old. He was awarded the posthumous title of Marquis Su. 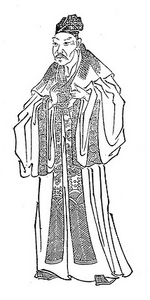 Jia Xu from Romance of the Three Kingdoms. 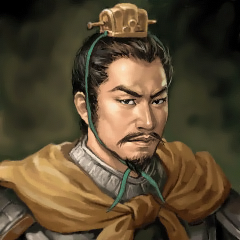 Jia Xu in Romance of the Three Kingdoms X. 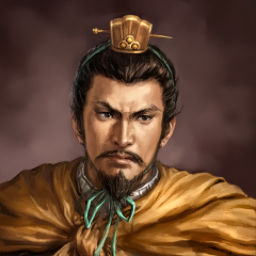 Jia Xu in Romance of the Three Kingdoms XI. 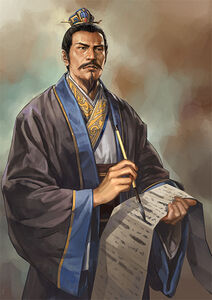 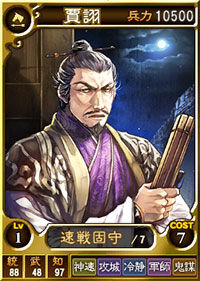 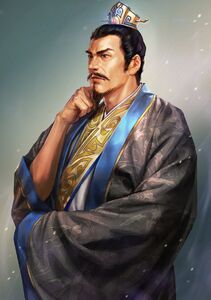 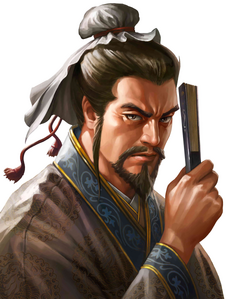 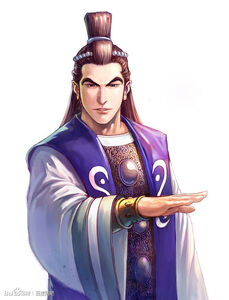 Jia Xu in The Ravages of Time. 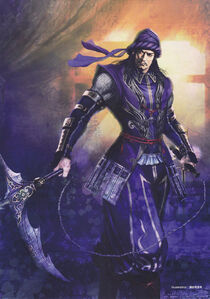 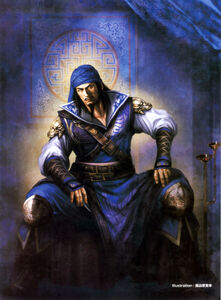 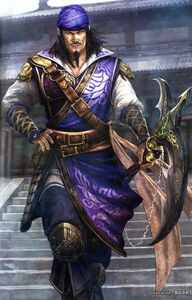 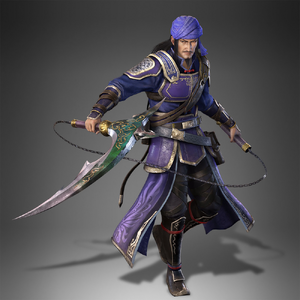 Jia Xu in Dynasty Warriors 9.
Add a photo to this gallery 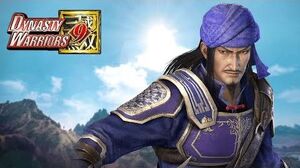 Retrieved from "https://villains.fandom.com/wiki/Jia_Xu?oldid=3704313"
Community content is available under CC-BY-SA unless otherwise noted.