Attempting to kill the Punisher.

Killing and torturing people with the most violent ways.

Jigsaw is a vicious criminal from the Marvel universe. His appearance as the archenemy of sorts to the violent vigilante known as the Punisher.

Jigsaw is one of the very few criminals that the Punisher has faced several times without being able to kill. Jigsaw's name is derived from the horrendous scars and stitches that cover his face, due to a previous run-in with the Punisher, where the former threw Russo through a window pane, mutilating his face beyond normal repair.

Prior to his conflict with the Punisher, Jigsaw was actually considered an attractive man, nicknamed "Billy the Beaut" and was used as an assassin for the Maggia (Marvel's version of the mafia).

Billy would not let his scars deter him and actually used them to his advantage, renaming himself "Jigsaw". Quite understandably, he has a strong hatred towards the Punisher and has tried to kill him, frame him for crimes and generally made his life miserable for what he did to him.

Billy Russo appears as one of the main antagonists in the first season of Netflix Marvel's The Punisher, and later the secondary antagonist in the second season. He is portrayed by Ben Barnes, who also played Dorian Gray.

Jigsaw appears as the main antagonist in the Punisher video game, and serves as the final boss. His real name is John Saint, who originally Castle thought he killed him with a claymore.

However, he survived but it messed up his face. He then becomes known as Jigsaw. He fights Castle with a stolen Iron Man suit on the roof of Ryker's Island. 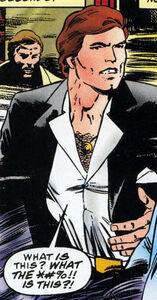 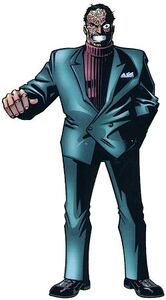 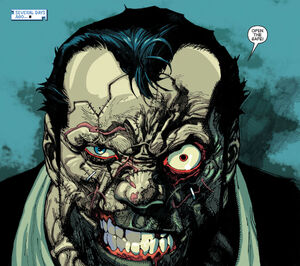 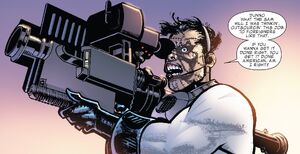 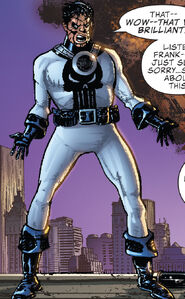 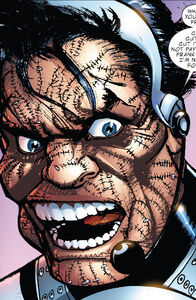 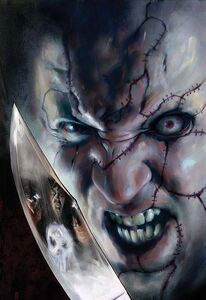 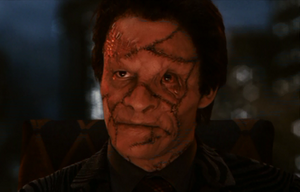 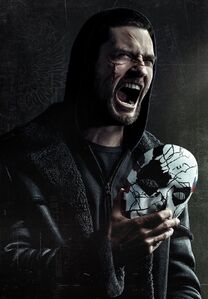 Billy Russo in the Netflix series, Marvel's The Punisher. 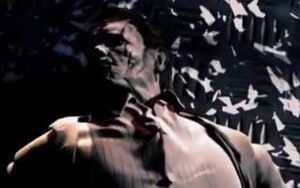 John Saint/Jigsaw in the Punisher video game.
Add a photo to this gallery

Retrieved from "https://villains.fandom.com/wiki/Jigsaw_(Marvel)?oldid=2965266"
Community content is available under CC-BY-SA unless otherwise noted.