Get revenge on his cousin and former police partner, Sergeant Tom Hardy, by murdering all of the women he has had a relationship with, after Hardy informed on him for using excessive force on a suspect.

He was portrayed by the late Robert Pastorelli, who later played Mertock in Disney's Treasure Planet.

Jimmy is a police sergeant and the cousin of Sergeant Tom Hardy, who informed on Jimmy after he used excessive force on a suspect. Jimmy is also the son of Captain Nick Detillo, another member of the police force. After Tom is involved in a police chase in pursuit of a serial killer nicknamed the Polish Hill strangler, who uses a taser to stun his victims before killing them, Tom's father is shot dead and the killer manages to escape. As the police round up usual suspects, Jimmy refuses to go to prison and instead climbs to the top of the 31st Street Bridge, preparing to throw himself off in the same way as his late mother. Nick and Jimmy's brother, Danny, try and persuade him not to jump just as Tom arrives, but Jimmy jumps anyway, much to their dismay. His body disappears into the water below and is never found.

Two years later, Tom discovers that all of the young women he has had past relationships with are being murdered, and Tom eventually suspects that the killer is Danny, wanting to avenge Jimmy after initially blaming Tom for his suicide. However, inside a cabin, Tom is knocked out and awakens to find himself, Danny and Tom's new partner Emily Harper tied to chairs. Jimmy then appears before them, having survived his fall from the bridge and revealing himself to be the Polish Hill strangler. After toying with his victims, Jimmy is confronted by Nick, who points a gun at him. Jimmy forces Nick to reveal what happened during the police chase two years ago, and a flashback reveals that Nick discovered that Jimmy was in fact the serial killer. Since Jimmy was his son, Nick was unable to bring himself to arrest him and prevented Tom's father from apprehending him as he fled, accidentally shooting him in the process. Nick is then killed by Jimmy but Danny, still tied to the chair, rams Jimmy, allowing Tom to leap through a window. Jimmy soon follows and attempts to shoot him, but as the police arrive Jimmy is forced to escape down a river in a speedboat. Tom gives chase and Jimmy flees onto a nearby railway bridge, where Tom tries to push Jimmy into the path of an approaching train. After a brief scuffle, the pair falls into the nearby water and Tom manages to seemingly drown Jimmy underwater. As he begins to swim away, Jimmy's arm rises above the surface, clutching his taser. Tom quickly grabs the taser himself and uses it to electrocute Jimmy in his mouth, then leaves his dead body to sink to the bottom of the river. 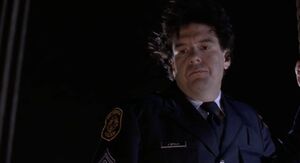 Jimmy about to commit suicide by leaping off the 31st Street Bridge. 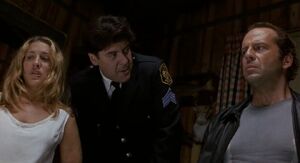 Jimmy revealing himself as the Polish Hill strangler to his captured victims. 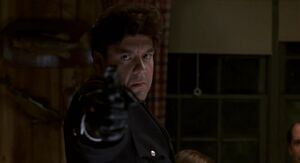 Jimmy aiming a gun at his father, Captain Nick Detillo. 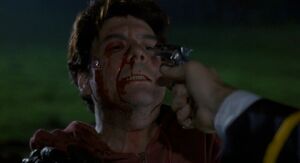 Jimmy in a flashback sequence. 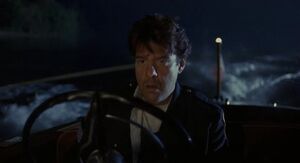 Jimmy escaping from Sergeant Tom Hardy in a speedboat. 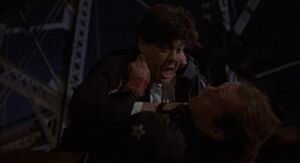 Jimmy fighting with Tom on the edge of a bridge. 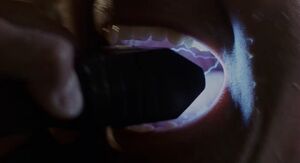 Jimmy being tasered in his mouth 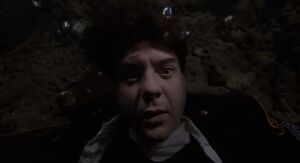 Jimmy's corpse sinks to the bottom of a river.
Community content is available under CC-BY-SA unless otherwise noted.
Advertisement