Priest of the Vatiel Sect of The Order

Preaching the doctrine of The Order

Honoring Vatiel according to the Order's doctrine
Playing darts.

To await God's arrival and the coming of an eternal paradise on Earth.

Jimmy Stone also known as Victim 1 is a minor antagonist appearing in Silent Hill 4: The Room. He was a priest in the Valtiel sect, a division of the Order in the videogame series Silent Hill. He then became the first of the chosen victims of serial killer Walter Sullivan as part of the 21 Sacraments.

He was nicknamed "The Red Devil" by members of the Order in reference to the triangular red hood he wore during ritualistic executions, much like Pyramid Head of Silent Hill 2 fame.

Walter Sullivan shot him in the back of the head inside the basement of Wish House orphanage while he was reading some scriptures and removed his heart and became Victim 1. His ghost is encountered more often than others, in many other worlds and promos. As he is most common, it is useless to pin him. He additionally appears as one of the hauntings in Room 302 where he will slowly come out of the wall in any of the rooms and keeps looking at the room he is in. He appears in the living room, bedroom, bathroom, and the laundry room.

It is worth noting that in the beginning of the game, when the player is controlling Joseph Schreiber, the segment ends with Jimmy Stone entering Room 302 through the wall and crawling towards Joseph (causing him to groan in agony and collapse to the ground). It is theorized that this is actually the demise of Schreiber, who was killed by Stone. Like every victim in the game, Stone left an item behind that acts as a piece of his memory in Walter's Otherworlds, which is a shred of scripture found in the area he was murdered. 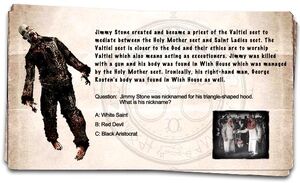 Jimmy in a trailer. 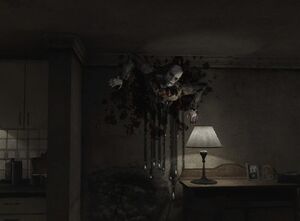 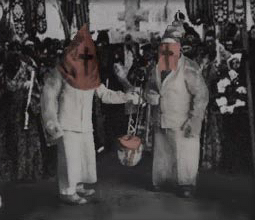