Jin Nomoto, also known as the Dragon Zodiarts, is an antagonist in Kamen Rider Fourze. He is one of the Zodiarts.

He was portrayed by Ryu Ando.

After receiving his Zodiarts Switch, Nomoto was sent by Libra to kill the Kamen Riders. He revealed himself to be the Dragon Zodiarts when he told Egawa to stay away from Kengo and then went after Gentaro, Yuki, and Shun. Jin was defeated when Fourze assumed Magnet States and crushed him with the Rider Super Electromagnetic Bomber. 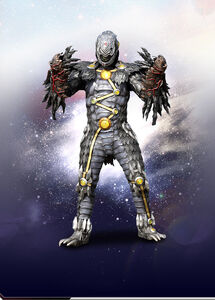