Father (by Heihachi)
Grandpa (by Kazuya)

Founder and CEO of the Mishima Zaibatsu

Spending time with his grandson Kazuya Mishima and his best friend Wang.

End the Mishima bloodline
Get his revenge on his son Heihachi (failed).
Wipe out all life on earth.
(while possessed, failed).

Jinpachi Mishima is a major character in the Tekken franchise and serves as the main antagonist in Tekken 5. He was already mentioned in the stories of Tekken and Tekken 2, as a main part of Wang Jinrei's backstory. He's the father of Heihachi, grandfather of Kazuya, Lee Chaolan, and Lars Alexandersson and also the great-grandfather of Jin Kazama. He has a good friend named Wang Jinrei.

Unlike most Mishimas (who were ruthless and power hungry), Jinpachi was a man of honor and wisdom as he showed compassion to his grandson Kazuya when the latter was a child (this is possibly another reason Heihachi resented Jinpachi so much) and was friends with Wang Jinrei. In his Tekken 5 ending, realizing that no one could stop him, he shed tears as the evil spirit that possessed him grew more powerful.

Jinpachi was the very first owner of the Mishima Zaibatsu and a renowned martial arts master until his own son betrayed him. When Heihachi brought the Zaibatsu into the military Industry, Jinpachi staged a mutiny but failed and was imprisoned beneath Hon-Maru.

Unlike most of the Mishimas, Jinpachi is an honorable fighter with a strong sense of wisdom. He is friends with Wang Jinrei. He raised and trained his grandson, Kazuya when he was a child. However, Jinpachi's life takes a turn for the worse when the greedy Heihachi stages a coup d'etat and steals the company from him. Jinpachi attempts to retake the company when Heihachi enters the military industry, but fails and is imprisoned underneath a Mishima compound, Hon-Maru. Sometime later, he dies of starvation, until he is resurrected by a mysterious entity.

After Heihachi is presumed dead, Jinpachi awakens from his prison with evil energy around him. In the final round of the tournament, Jin Kazama fought and defeated his great-grandfather thus becoming the new owner of the Mishima Zaibatsu.

Death: Jinpachi moves around and screams, writhing in pain, for a while before dissolving into dust and disappearing.

The Final Transformation: Jinpachi sadly says, "It looks like nobody was able to stop me." Jinpachi sheds a tear that appears to be blood. The spikes on his back grow longer, and the spikes in his arms grow longer. Jinpachi screams for a while. Jinpachi causes a huge explosion. A beam is shown shooting towards the sky. A black screen is shown, and words (in white) say, "Jinpachi's mind is consumed by the devil as he reaches his final transformation. The world will never be the same." You can unlock this video by either buying it on PSP version, or letting Jinpachi kill you in last round and not to retry.

Jinpachi has the Mishima Style Fighting Karate, Along with the Mishima fighting style, Jinpachi also has some demonic powers. One of his demonic powers include generating powerful fireballs. In terms of sheer damage potential, Jinpachi has no equals. His attacks are powerful, long ranged and easy to perform, and his punishers are very powerful. While he suffers from poor mobility, he can use his Astral Projection to scoot forward or backward rapidly. This makes him a constant threat to his opponent, regardless of where he may be. Also, Jinpachi's flight ability is useful for applying pressure at long range, where an opponent doesn"t expect an attack (but, inversely, is much less useful at close range because a jab is more than enough to block him). 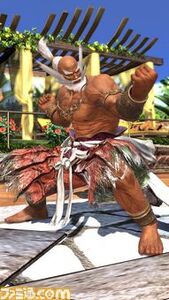 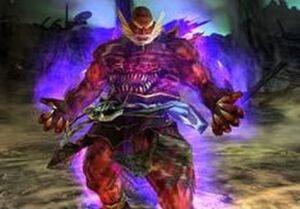 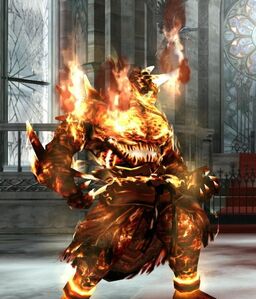 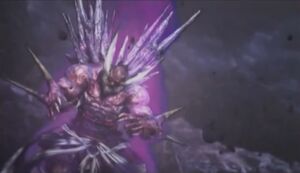 Jinpachi's Final Form from his ending 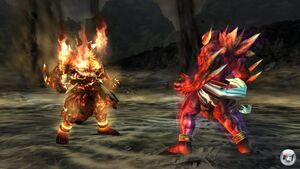 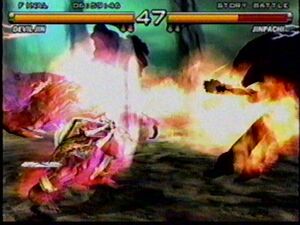 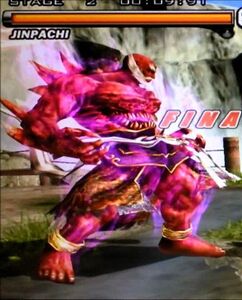 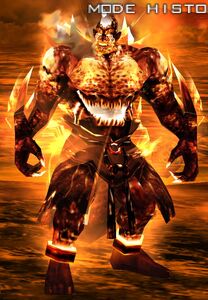 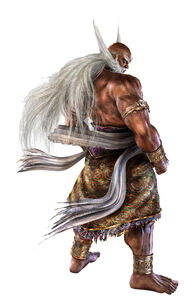 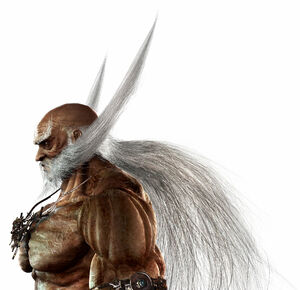 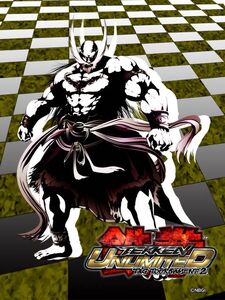 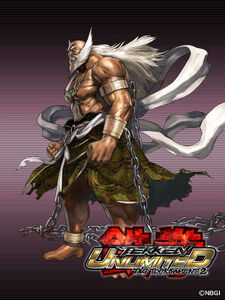 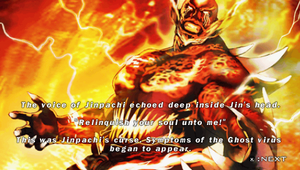 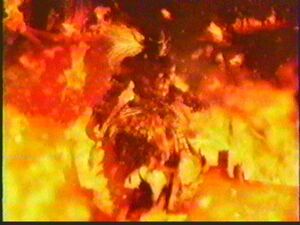 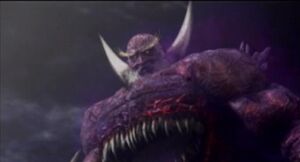 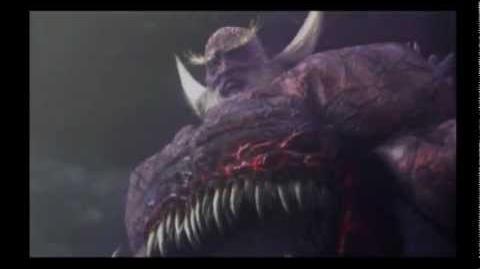 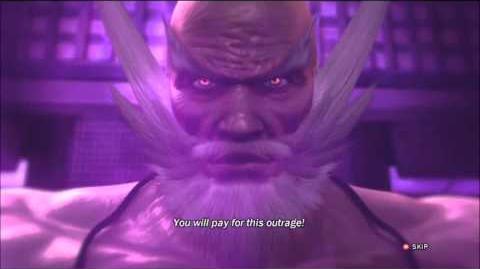