The Loose Cannon
The Wedding Crasher
X
Crazy (by Vi)

Cause havoc across Piltover.

Rules are made to be broken... like buildings! Or people!Jinx

Jinx, formerly known as Powder and also known as The Loose Cannon, is a villainous playable character and mascot in the multiplayer online battle arena game League of Legends, who serves as the main antagonist of the "True Genius" cinematic, the villain protagonist of "The Wedding Crasher", and the central antagonist of Arcane. Zaunite criminal with a love for chaos and destruction, Jinx wreaks havoc across Piltover using her explosive arsenal of weapons, spreading panic wherever she sets foot.

The 116th champion added to the game, Jinx was released on October 10, 2013, and is one of the most popular characters to be played in the bot lane.

Jinx is one of the protagonists of the TV series Arcane, where she is revealed to be the sister of Vi, the Piltover Enforcer, and details her past before she went insane. She acts as the main protagonist of Act 1 alongside Vi, and as the central antagonist of Act 2 & 3.

She is voiced by Sarah Anne Williams in the mainstream series (who also voiced Nonon Jakuzure in Kill la Kill and Midari Ikishima in Kakegurui) and Sumire Uesaka in the Japanese dub. In Arcane, she is voiced by Ella Purnell and Mia Sinclair Jenness in a flashback as a child.

Not much is known about Jinx's past, but some in the streets of Zaun still remember a young tinker girl who was an outcast from normal society. The cause of her descent to madness is when her adoptive father and her two adoptive brothers die and her sister leaving her, she quickly became a force to be reckoned with in the streets of Piltover, sowing chaos wherever she set foot.

Jinx became notorious for pulling pranks on the wealthy, causing stampedes, destroying public property, and even switching around street signs to cause confusion and traffic jams across the city. While these antics led to anarchy across Piltover, many simply brushed it off as a dumb joke that probably came from the chem-punk gangs of Zaun.

Jinx was furious, and hoping to be recognized for her work, decided to make more public appearances, spray-painting "JINX WAS HERE" at every crime scene as a calling card. Rumors quickly began to circulate about a pale, blue-haired Zaunite girl carrying heavy weapons and explosives wreaking havoc throughout the city, and soon the Piltover police caught notice of this crime spree. To stop this dangerous criminal, the Sheriff of Piltover dispatched her powerful new ally, the Enforcer Vi, armed with gauntlets and brute force.

As Jinx's reign of mayhem continued, her name became famous throughout both Piltover and Zaun. In Piltover, she was regarded as a lunatic; a criminal who should be dealt with accordingly for her reckless endangerment of the city. But in Zaun, many regarded Jinx as a hero for sticking it to the upper-classes of Piltover. Still, many Zaunites were left worried that Jinx was creating an unnecessary escalation of tensions between the two cities, and feared that her actions could invite the retribution of the Piltover police in the streets of Zaun.

Jinx didn't care about any of this, for she was only interested in her new enemy, the Enforcer Vi. To answer Vi's search, Jinx sent a spray-painted message for her at the walls of the Ecliptic Vaults: at a specified date in the future, Jinx would break into the treasury, and Vi wouldn't be able to stop the robbery.

Vi was skeptical that Jinx would even have the guts to show up on the date with the entire police force waiting, but nonetheless she and Sheriff Caitlyn dispatched their best officers to guard the vault doors. But what they didn't realize was that Jinx had already smuggled herself in the vaults days earlier, and by the time Vi realized the trick it was too late, as the vaults exploded to rubble and Jinx was had gotten away yet again.

To this day, Jinx remains the thorn in the side of Vi and Caitlyn, inspiring other chem-punk troublemakers across Zaun and constantly wreaking havoc wherever she goes. As the crimes pick up more steam, Vi doesn't know if she will be able to keep up, and Jinx relishes every moment of that.

In game, Jinx is a marksman-type character, dealing high damage from the back lines. Her passive, Get Excited, increases her movement and attack speed dramatically whenever she kills a large enemy in a hyperactive adrenaline rush. With Switcheroo, Jinx can swap between her minigun and rocket launcher to change her basic attacks, utilizing the different parts of her arsenal. With Zap, Jinx shoots and stuns enemies with a shock pistol, and with Flame Chompers, Jinx throws snare grenades that explode on contact. Her ultimate, Super Mega Death Rocket, launches a long-range missile that can fly anywhere on the map and explodes on impact.

Three, forty-one, nine... and lift off!Jinx riding her rocket launcher into the sky.

Criminally insane, Jinx has a love for wanton chaos, destruction, and anarchy, and gets easily bored if these reckless urges are left unsatisfied for too long. Jinx isn't shown to think much about the consequences of her behavior and generally acts before thinking, which can lead to people getting hurt easily when around Jinx. While she is clearly a gifted inventor, Jinx is also extremely scatterbrained, forgetting scientific terms and instead imitating gun noises while she constructs her weapons.

Jinx is often portrayed to be hyperactive and very childish, complaining when she doesn't get what she wants and calling others by immature names, giving Vi nicknames such as "Fat-Hands" and "Stupid". With her carefree, self-centered attitude, Jinx doesn't care about money, order, or what others think about her and just destroys what she wants when she wants. Despite this, she still likes to get recognition for her many crimes and is capable of showing off to the Piltover police, knowing that no matter what goes down, she will always get away.

In the past, Jinx used to have a good relationship with her sister Vi, but they had conflicts that turned violent. Remembering those thoughts filled her with resentment and rage towards Vi, to the point of breaking down in tears. It is also further revealed that she already had mental problems when she was young, which were only further amplified by a chain of events, namely Vi leaving here, Silco's death and Singed experiments on her. 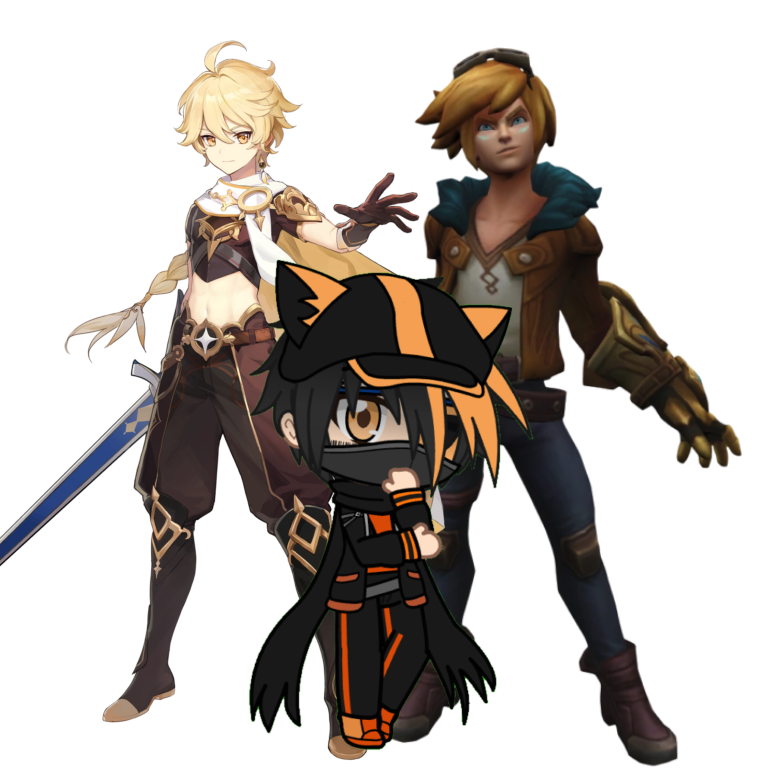 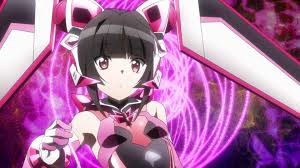