Jo Slade is one of the bosses or psychopaths featured in the 2006 video game Dead Rising. She is also an optional boss in the main mode 72 Hours, who can be found on the 2nd day at 12 p.m. in Wonderland Plaza in the Lovely Fashion House women's clothing store in the scoop Above The Law. She is a corrupt policewoman with certain sadistic tendencies who kidnapped at least four young women (Kay Nelson, Kelly Carpenter, Lilly Deacon, and Janet Star) to sexually harass them and call them the degenerative names. According to Janet Star, Jo killed many more women, and chances are she killed those who tried to save them. She was voiced by Carol Bach Y Rita.

At 12 p.m. on September 20, Otis informs Frank that he has noticed Jo dragging a young woman named Kay Nelson straight to the Lovely Fashion House women's clothing store in Wonderland Plaza. Otis was concerned because the young girl was wearing handcuffs and she looked terrified.

Frank West goes to the store that has been designated as the whereabouts of the corrupt female cop to investigate the matter. Inside the store, Frank sees Kay being handcuffed to a chair with Jo standing next to her. Inside the store, Frank also sees three other women (Kelly, Lilly, and Janet) handcuffed to store shelves. Jo tells Kay that she managed to lure another man here and Kay pleads with Frank to help her. Visibly amused, Jo tells her that she deserved the punishment and begins to molest her with a nightstick. Frank, clearly surprised by the escalation of events, begins to ask Jo what Kay has done because her interrogation methods are too extreme. Angry Jo tells him not to interfere with "the official police business" because he will take him first before gets to Kay.

During the fight, Jo is a unique boss because her main target is not Frank but her hostages. With Frank out of her reach, Jo will attack the four women until she kills them, making Frank have to kill her quickly before she can kill any of his victims.

After the fight, the defeated Jo falls to the floor and begins to challenge Frank that it's unlikely that such a worthless little managed to beat her, and after a while she dies in pain. Upon death, Jo drops the handcuff key with which Frank can free and end the nightmare of Kay, Kelly, Lilly and Janet. After freeing the women, Frank takes them to the Security Room.

Overall, she is one of the evilest characters in the Dead Rising franchise despite her lack of screen time. Players often consider her to be one of the most revolting characters because of her murder and possible rape of many women. Despite this, she is not a purely evil villain because of her crimes lacking scope. One of her hostages, Janet, only says that she killed "a few of them" but her body count isn't clear.

In the Wii version Dead Rising: Chop Till You Drop, Jo appears as a special zombie variant in two different versions.

Frank has met another police officer to which he will tell her that she's nicer than the one he met before, referring to Jo.

Photo of Jo in Frank's Notebook. 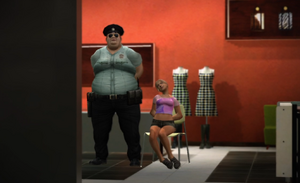 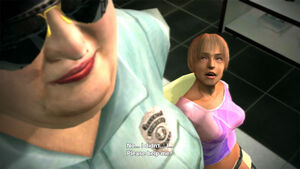 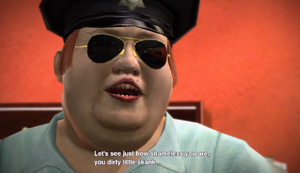 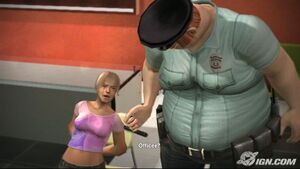 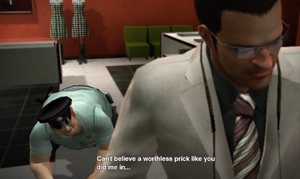 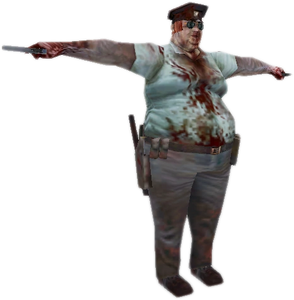 Zombie Jo in Dead Rising: Chop Till You Drop.