Helping his employers and colleagues.

Help spread infections throughout the City of Frank (failed).

Joe Cramp is a supporting antagonist in the 2001 animated/live-action film Osmosis Jones. He is a germ criminal who briefly worked for Thrax.

He was voiced by Rodger Bumpass, who also played Turnbuckle in Treasure Planet.

Joe Cramp and his best ally, Bruiser were employed by a nasty bacteria named Scabies to spread diseases inside the City of Frank. One day, he and all the other germs decided to relax at the left armpit, where he met Thrax, a dangerous virus who killed Cramp's employer. He wondered what kind of sickness did the virus have in mind. Once Thrax described himself as deadly, he and the other germs were convinced.

During his employment from Thrax, he helped the virus cause a stuffy nose. All of the germs and Thrax had a meeting at The Zit on the afternoon, while the virus explained why he wants to kill Frank and set a record because of his previous records of killing humans. All of a sudden, Osmosis Jones and Drix appeared. Once Drix brought a grenade, Cramp, Thrax and the rest of the germs were terrified.

He, Bruiser and Thrax were the only organisms to survive the cold blast at The Zit. Bruiser and Cramp suggested the idea to have themselves incubated. This suggestion infuriated Thrax, who killed the two of them.

Cramp is very loyal to his employers and seemed very interested. 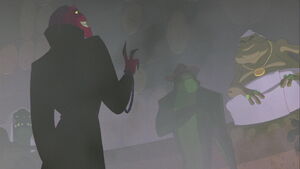 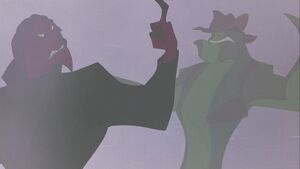 Cramp informs Thrax that cops Ozzy and Drix are nearby 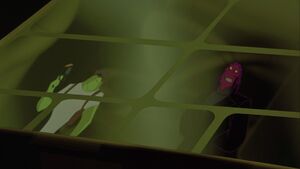 Cramp with his boss, Thrax 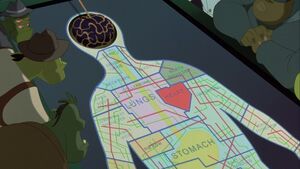 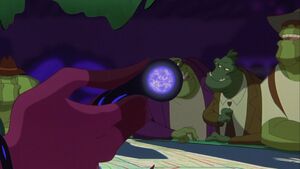 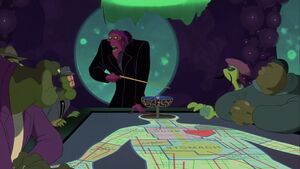 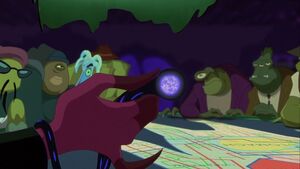 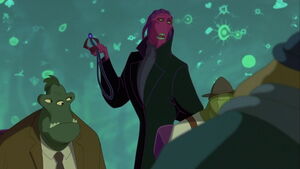 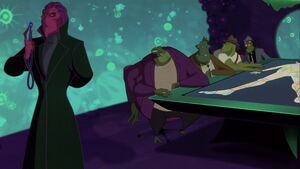 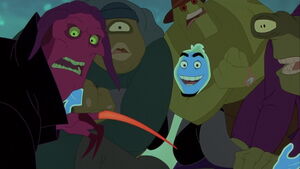 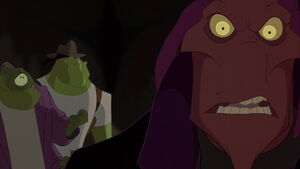 Cramp and Bruiser suggest to Thrax that they incubate 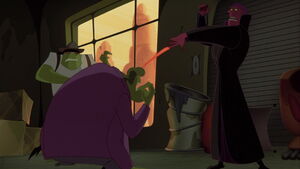 Retrieved from "https://villains.fandom.com/wiki/Joe_Cramp?oldid=3762468"
Community content is available under CC-BY-SA unless otherwise noted.