In the Name of the Father

Member of the IRA

Eradicating British power from his land.

Detonate a bomb in the Guildford pubs.

Joe McAndrew is one of the two main antagonists, alongside Robert Dixon, of the 1993 live action drama film In the Name of the Father.

He was played by the Irish actor/singer Don Baker.

Joe McAndrew is a member of the IRA, and the real culprit of the Guildford Pub bombings of 1974. The British authorities arrested Gerry Conlon (Daniel Day-Lewis), a Northern Irish man who happened to be in London at the time of the bombing.

Three other people are arrested, who would become known as the Guildford Four. The police tortured them, and forced them to confess. Gerry's father Giuseppe (Pete Postlethwaite) comes to England to help Gerry. The police arrest Giuseppe and other members of Gerry's family in connection with providing the IRA with explosives. After a trial, the Guildford Four and Maguire Seven are convicted and sentenced to long sentences in prison.

A few years later, Joe McAndrew is arrested for causing other bombings in England. Joe confesses to the same detective who tortured Gerry and his family, that he is the one who planted the bomb in Guildford. The British authorities do not want to admit they made a mistake, and Gerry continues to stay in prison.

Joe is sent to the same prison where the Conlons are incarcerated. At first, Joe is bullied by the English prisoners, but Joe is able to fight them off, unlike the Conlons. Joe meets with the Conlons to apologize for their trouble. Giuseppe Conlon tells Joe that he should be sorry for the people he killed, and doesn't want to have anything to do with him. Gerry, however, befriends Joe as he feels Joe is willing to protect him and the interests of the Irish people.

Joe then meets with Ronnie Smalls, the dominant prisoner. He threatens Ronnie with his family being killed in a bombing if the Conlons or any Irish prisoners are harmed. Ronnie is furious at being threatened, but Joe coldly tells him that he doesn't make threats but carries out orders. Ronnie reluctantly agrees to keep his promise. After this, the Conlons are free from harassment from other prisoners.

By 1980, Joe organizes a protest to prove the innocence of the Guildford Four, which was broadcasted on TV. However, the Chief Prisoner Officer Barker calls in the riot squad. Joe tells Barker that he earned his own death warrant. A short while later, Joe takes his revenge during a screening of The Godfather. The other prisoners douse Barker in flammable liquid, and Joe torches him alive. Barker runs about screaming and in flames, and Gerry saves him with a blanket. After this, Barker is maimed for life, and Joe is moved to another prison, where he is put into solitary confinement, and nothing more is heard about him.

Due to the murder attempt on Barker, Gerry changes his bitter ways and agrees to co-operate with his father as well as solicitor Gareth Peirce. After the death of Giuseppe, Gerry takes over the campaign. The Guildford Four were eventually cleared by 1989, however, Joe McAndrew was never convicted of the bombing. 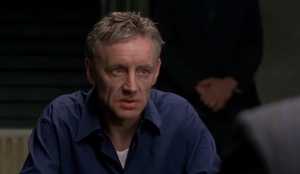 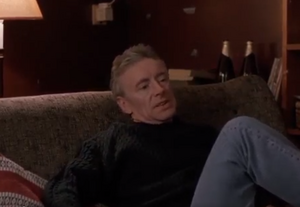 Joe McAndrew giving the order to bomb the Guildford Pub. 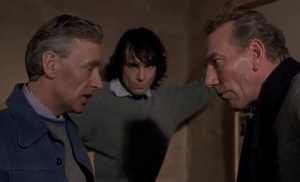 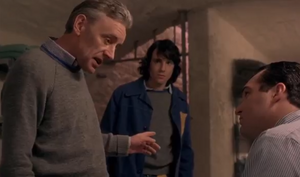 Joe McAndrew coercing Ronnie Smalls not to harm any Irish prisoners under the threat his family will be killed. 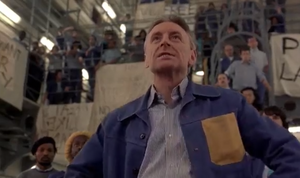 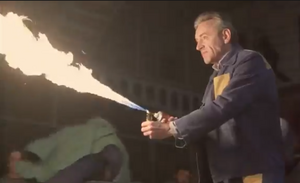 Retrieved from "https://villains.fandom.com/wiki/Joe_McAndrew?oldid=4290807"
Community content is available under CC-BY-SA unless otherwise noted.