Killing survivors for The Entity

Appease and Survive the Entity

Joey is a playable antagonist in the co-op survival horror game Dead by Daylight. Joey is one of the members of The Legion, one of the playable killers in the game. Ironically enough, he really does not seem as sociopathic at least like Julie or Frank did, maybe they all just hated the world and acted upon it, but they still made a mistake by firstly breaking into that store and secondly killing the janitor, they had masks and such so they could've tackled him, thus escaping with no traces other than that.

Joey has a beard and is dressed in a black heavyweight hoodie with a small sling black bag on his back, bloody black and white gloves, gray cargo pants with brown shoes, and a black balaclava-like skull mask with black camouflage paint around his eyes. Joey's blade of choice is a karambit with a custom, more comfortable grip.

A local to Ormond, Joey is a long-time friend of Julie Kostenko and Susie, with Joey being very impulsive and loved to show off. Soon Julie, introduced both him and Susie to Frank Morrison, a troubled foster kid who had been taken to Ormond by his adoptive father. The four began spending their nights with debauchery and other forms of small crime. However, one night would change the group's life forever, when Frank dared Joey to vandalize the store that had recently fired him. The four broke in easily enough and began the deed, however unbeknownst to them, an employee was cleaning late and heard the group enter. The employee snuck behind Julie and grabbed her, and Joey and Susie were shocked when Frank suddenly stabbed the cleaner before handing his knife to Julie, who also proceeded to stab the cleaner, Joey took the kitchen knife and stabbed the cleaner, and with help from Julie, Susie did as well but she had to be convinced. The group then loaded the cleaner's body into the trunk of Joey's car and buried his body on Mount Ormond, before Frank and his group were lead away as a dark fog enveloped the group as they were taken into The Entity's realm. 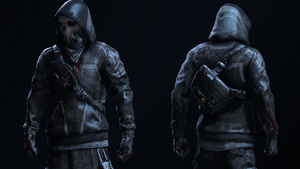 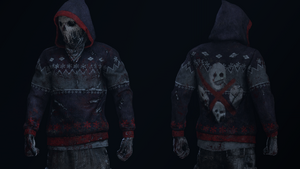 Joey in his Christmas sweater. 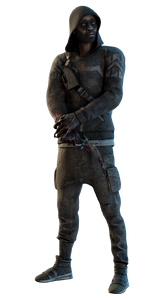 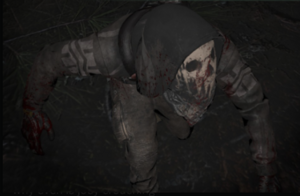 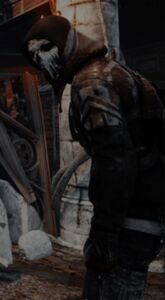 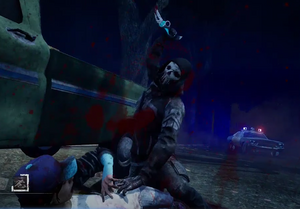 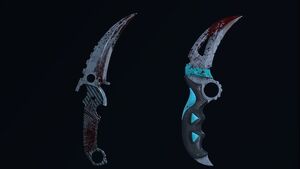 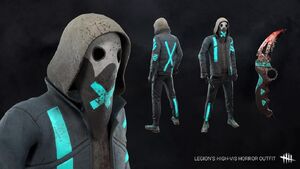 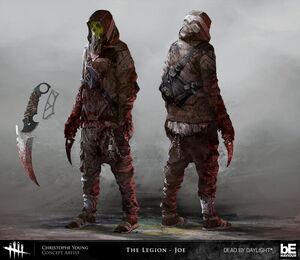 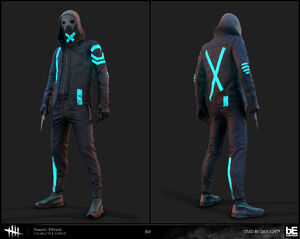 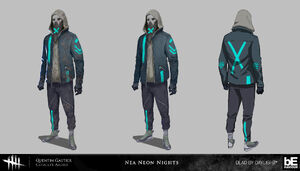 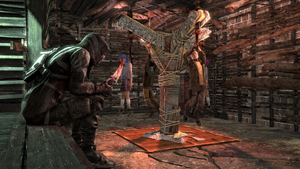