Kill as many people as he can. (failed)

John Barrows was the first known Scissorman in the 13th generation of the Barrows family. In a local fairy tale, a demon is born in the Barrows castle, and terrorizing the local children. Later on, John was killed by his father, Quintin Barrows, to stop his killing spree, by using a spell that he create it called "Door Spell" to exorcise devil children, like John. Later, Quintin was marked as a "traitor" by his household and his family and was later killed by Theodore Barrows and the demonic cult his family had followed for generations.

When Jennifer enters the storage room, she can find a corpse of John Barrows in the stone coffin. By doing so, Jennifer will obtain the Box Key, which can be used in a nearby chest of the same room to free Helen. At the same time, Jennifer Simpson can encounter the ghost children singing "Little John from the Big Castle" in the bone chamber with an injured Nolan Campbell. 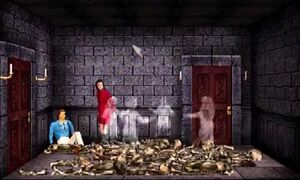 The ghost children singing.
Add a photo to this gallery 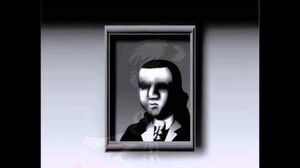 Little John and the Clocktower
Add a photo to this gallery

Retrieved from "https://villains.fandom.com/wiki/John_Barrows?oldid=3465683"
Community content is available under CC-BY-SA unless otherwise noted.