Photography.
Writing in his journals.
Antagonizing Mills and Sommerset.

Make an example of each targeted victim to make a point to the world's next generations.
Goad Det. David Mills into killing him as revenge for killing his wife as part of the final seventh sin, Wrath (all succeeded).

John Doe is the main antagonist of the 1995 dark psychological mystery-thriller film Se7en. He is a serial killer bent on savagely punishing those who have committed the seven deadly sins and bring attention to evil in a world that he claims is apathetic.

He was portrayed by Kevin Spacey, who also played Albert Benton in Unsub, Buddy Ackerman in Swimming with Sharks, Keyser Söze in The Usual Suspects, Rufus Buckley in A Time to Kill, Hopper in A Bug's Life, Lex Luthor in Superman Returns, Clyde Northcutt in Fred Claus, Micky Rosa in 21, David Harken in the Horrible Bosses duology, Dr. Nerse in The Cleveland Show, Frank Underwood in House of Cards and Jonathan Irons in Call of Duty: Advanced Warfare.

John visited his mother at his childhood home and found her burning his belongings. She died in the flames, leaving John a key for a box containing the book of the Seven Deadly Sins. Experiencing an epiphany, John proceeded to shave off his fingertips, pull out his teeth and castrate himself, thus renouncing his former identity. Doe dedicated himself to making a statement by using the Seven Deadly Sins against people who had committed them.

The first five of Doe's murders represent five of the deadly sins, and include:

They arrive in a remote desert area in the middle of nowhere and a delivery van steadily approaches them, alarming Somerset. As he halts the van in its tracks, the driver claims that Doe paid him five hundred with instructions to arrive at this location at this precise time to deliver a box. While Somerset looks at the box curiously, unsure whether he should open it or not, Doe tells Mills that he admires him. Though Mills initially ignores this, Doe soon reveals that he also admired Mills' wife Tracy, finally getting his attention. As Mills listens in horror, Doe reveals was envious of his normal life (representing the sixth sin Envy) and went to visit Mills' wife Tracy, before implying that he may have raped her. Afterwards, he decapitated her, and Somerset is horrified to find that the box contains Tracy's severed head. Somerset then realizes that Doe is planning to have himself killed by the hands of Mills (in order to fully complete the seventh and final sin Wrath) to complete his work. Somerset rushes back to Mills in an attempt to prevent him from killing Doe, knowing that is exactly what he wants, but Doe provokes Mills further by telling him that Tracy was pregnant, as she had been keeping it a secret from him. Doe then closes his eyes, awaiting the inevitable punishment for his crimes as Mills (unable to contain his fury and distress over the loss of his wife and potential child) shoots him in the head, killing him, before shooting his corpse multiple times, despite Somerset's objections. Despite Doe's death, his plan still succeeds since his masterful manipulation had prompted Mills to complete the seventh sin. Mills later becomes nearly catatonic and is placed under arrest for the murder of Doe, much to Somerset's discomfort.

John Doe was fundamentally a pessimistic man with an fixation on how immoral and evil people were. He was very patient, methodical, cavalier, and had excellent insight into other people's reactions and thoughts that was demonstrated in his uncanny planning and strategic abilities. John possessed a massive amount of personal diaries, where he hairsplittingly recorded his own thoughts. Based on these notebooks and his murders, it becomes evident that John Doe enjoys seeing other people in emotional and physical pain.

John usually remained unemotional and calm, aside from the occasional angry outburst and fanatical monologue. He was a Christian (most likely Catholic, based in his reading material, crucifixes, and adherence to Catholic moral doctrine i.e. capital vices) and was open about admitting his moral issues—emphasizing his obsessive jealousy of David. He admired David greatly because his thought that he had a "normal life." It was said by the creators of Se7en that John has disturbing sexual fetishes, and the pictures in his notebook suggest that he is a sexual sadist. 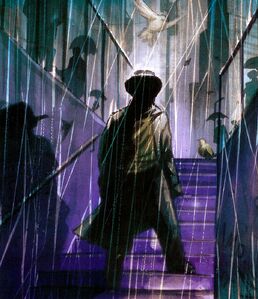 John as he appears in first issue of the Se7en comic.

John promising to let his first victim go if he eats the last meal. 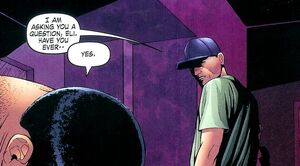 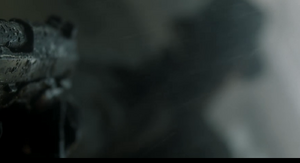 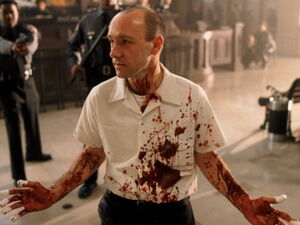 John Doe in the film.

Doe giving himself up at the police station.

Doe in a police car with Detective Mills and Detective Somerset.

Doe explaining the reasons for his actions to Detective Mills. 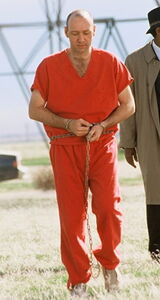 Doe accepting his fate after succeeding in his scheme. 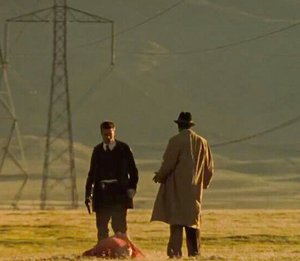 Doe's death as he is shot dead by Miles.