He was portrayed by Viggo Mortensen, who also portrayed Lucifer in The Prophecy, Tex Sawyer in Leatherface: The Texas Chainsaw Massacre III, and Chester MacFarland in The Two Faces of January.

Urgayle was apportioned as master-chief, which recruited Navy Seals recruits, including Lieutenant Jordan O'Neil, whom DeHaven succeed to gain her political gain to become a senator. Urgayle read the poem Self Pity by DH Lawrence, and trained them into becoming a soldier. Urgayle disliked and constantly ridiculed O'Neil, whom was rude to her due to her being a woman.

However, O'Neal proved Urgayle wrong when she shaved her head and won the hearts of her male comrades, including McCool, who syndicated and supported for her stand up against discrimination. In response, Urgayle and his comrades sent trainers, which O'Neil is the leader of. However, this was a trap by Urgayle, as he captured and interrogated the heroes for their disobidience. Beating O'Neil for her supposed weakness, he then threatens sexual assault to the bound hero, only for O'Neil to undo her bondage and hit her tormentor through a crotch kick and a headbutt, much to her allies' joy.

Humiliated and defeated, Urgayle sees her with female friends as they go shopping, who assumed they were the couple which caused the fire of O'Neil. After O'Neil threatens to expose DeHaven about her crimes, she rejoined the group, much to the dismay of Urgayle for his mission on Libya. When plans failed and Urgayle shot a Libyan soldier to saved O'Neil's life, he got shot in the leg himself, to which O'Neil helped him. 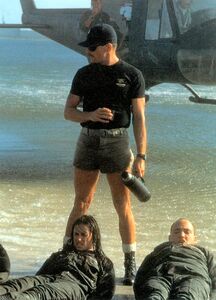 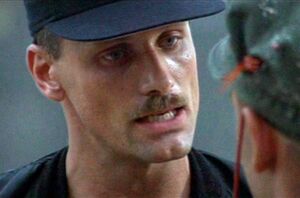 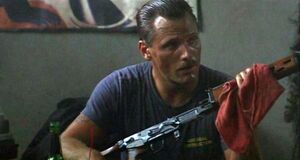 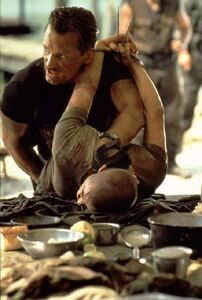