Using karate against his enemies.

Teaching his students to be ruthless and merciless.

Defeat Daniel LaRusso in the 1984 all-valley tournament (Karate Kid, failed).
Defeat Daniel LaRusso and Mr. Miyagi in the 1985 all-valley tournament (Karate Kid III).
Redeem his business and public image and get revenge of Miyagi and Daniel for putting him out of business and humiliating him. (Karate Kid III).
Re-take Cobra Kai for himself and get his revenge on Daniel for ruining him and kill Johnny Lawrence (Cobra Kai, succeeded but failed).
Help Cobra Kai win the 2019 All Valley Karate Tournament (Cobra Kai, succeeded).
Make amends with Johnny Lawrence (Cobra Kai, ongoing).

He is a deranged karate sensei who founded the Cobra Kai dojo after his experiences during the Vietnam War. However, he taught his students to be merciless and cruel, picking on the weakest. He is the arch-nemesis of Johnny Lawrence (who was also his former best student) and Daniel LaRusso. After being defeated by Daniel and his teacher Mr. Miyagi two times, Kreese retreated into obscurity but resurfaced years later when Lawrence restarts the Cobra Kai dojo, managing to retake it and set his beliefs in a new generation of students.

He is portrayed by Martin Kove, who also played Ericson in Rambo: First Blood Part II.

John Kreese was a vicious and ruthless teacher who taught his students to be ruthless and merciless against their opponents. During the All-Valley Tournament, he showed how low he was willing to stoop in order to win by instructing Bobby to put Daniel out of commission during the semifinals and Johnny to sweep his leg in the finals.

Despite being a soldier like Mr. Miyagi, but unlike him, Kreese sees his students are more like soldiers than martial artists, which caused him to be unforgiving towards his teaching. For him, life is a battlefield and one must fight for its with any means necessary much like a soldier willing to do everything to survive in the battlefield.

Kreese verbally berates Johnny for losing, breaks his trophy and chokes him and even harms his students Bobby and Tommy, thus showing everyone that he is a sore loser. He then attacks Miyagi after the latter stops from seriously injuring Johnny before getting beaten with little effort.

Kreese is still bitter over losing his students' thanks to Miyagi and Daniel, very bent on getting revenge on Daniel and Miyagi, and he enjoys making Daniel suffer.

At the end of the first season, Kreese is still shown bent on getting revenge on Daniel for putting Cobra Kai out of business years ago. He also tells Johnny that he is proud of him and returns his trophy which turns out to be an attempt at using him as a pawn.

Initially, Kreese seems to be seeking redemption, which results in Johnny giving him a second chance. However, overtime it is revealed Kreese truly has not changed. He uses his anger, bitterness, past teachings and experiences to manipulate several of Johnny's students into becoming more vicious and aggressive people under Johnny's nose. He once threatens Daniel with war between the two dojos and claims he wants revenge against Daniel for ruining him. If anything, his methods are even more ruthless this time around given that he is praying on the dojo members' resentment towards being bullied and turning them against Johnny for trying to get to them to stop using under-handed tactics.

After Johnny finds out what Kreese has been doing he angrily kicks him out of the dojo. However, in the end of the season, Kreese reveals to Johnny that he betrayed him while he was away earlier in the summer by secretly striking a deal with the landlord to acquire the dojo. Kreese now owns Cobra Kai again, several of Johnny's students, which include Hawk and Tory, are training with Kreese and under his spell, and Johnny has officially lost the dojo. This, along with everything else he lost as a result of inadvertently making tensions between the two dojos worse, results in Kreese briefly breaking Johnny's spirit.

After retaking Cobra Kai, Kreese begins using even harsher methods such as making his students watch him feed a mouse (that some of his students showed affection to) to a snake as way of "routing out weakness". When a handful of students feel that this is wrong, he kicks them out.

He then continues with his plan to make his students more ruthless by recruiting physically-abled yet more aggressive and violent students like Kyler and Brucks, in spite of the fact that they bullied Miguel and Hawk in the past. After finding out that Daniel and Amanda tried to get them evicted, he places a snake in their dealership, frightening the employees. He manages to corrupt the mind of Johnny's son, Robby Keene, to the point that the latter joins Cobra Kai and is under his evil spell after being released from juvenile hall.

In the finale, he is brutally beaten up by Johnny, but when his former student tends to Robby, Kreese attempts to murder him, only to be stopped and defeated by Daniel. After his defeat, he promises Daniel and Johnny that he will leave Cobra Kai if they lose the All Valley. If he wins, however, he will continue to pass along his teachings.

He convinces his old friend Terry Silver into helping him and Cobra Kai win the All Valley Tournament, despite the latter having put his past behind him for many years. However, when Terry's style is different from Cobra Kai's, such as not retaliating against Miyagi Do after the latter pulled a prank on Cobra Kai, Kreese becomes concerned. In order to ensure that Terry is on his side, he tries to emotionally manipulate and blackmail him by reminding him how he saved him in Vietnam.

Despite still being aggressive, ruthless and manipulative, he does show his softer sides and also signs of morality. When Tory vents about losing her job because of Amanda, he goes to Amanda and tells her about Tory's home life, in order to convince Amanda to leave her alone. When Terry lures Johnny into the old Cobra Kai Dojo and beats him up, a horrified Kreese whom was unaware of Terry's plan, tells him to let him go. After Miguel's injury at the All Valley Tournament, he asks Johnny how Miguel is going and explains that he didn't know that Terry was going to beat him up. When Johnny accuses him of not caring about him, Kreese claims he cared about him more than anyone and he really wanted him to win the All Valley in 1984 to stop him form going down a downward spiral, and also tells Johnny that Robby is the only one to bring Cobra Kai the glory. After Tory accidentally hits Sam in the eye in the finals, Terry encourages her to fight that way, but this is when Kreese begins to realize that this is exactly what he put Johnny through. After remembering what he did to Johnny, he encourages Tory to fight how she feels is right.

At the end of the season, Kreese is betrayed by Terry, who has him arrested, as Terry felt used by Kreese as a pawn, who in his mind, was really doing all this for Johnny and not them. Similar to how Johnny bringing Kreese back in his life backfired on Johnny, Kreese bringing Terry back in his life backfired on Kreese, despite having successfully helped Cobra Kai win the tournament. 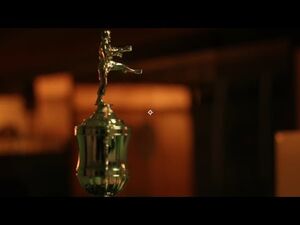