Supervillain
Member of the Imperfects

Continue to increase his criminal reputation.

Johnny Ohm, also known as Johnathan Ostrum is one of the protagonist villains in Marvel Nemesis: Rise of the Imperfects, and a member of the Imperfects. He's the only Imperfect who was a villain in his backstory, the others, on the other hand, have became evil tragically.

Johnny Ostrum was a criminal in the southern states. He was arrested after killing several people during a bar fight. The Judges sentenced him to death via electric chair because he was too dangerous to live. On the day of his execution, Johnny was shocked twice but was somehow still alive. When they tried to shock him a third time, lightning stuck the prison shutting down the power, and yet he's still living, with a few electrical burns. Since the power was out they had no choice but to let him live. A man named Niles Van Roekel came and released him from prison. He then replaced him with a duplicate of Ostrum. After he was released, Roekel then modified Ostrum and implanted Tesla Coils all over his body, granting him the ability to create, store and conduct electricity, and became; Johnny Ohm.

During the Imperfect Invasion of New York, Johnny Ohm encountered and fought Daredevil. He was beaten severely but managed to retreat. Johnny Ohm's loss was later avenged by another Imperfect; Solara. He made amends to Van Roekel by fighting and successfully beating Spider-Man on top of the Daily Bugle.

Johnny Ohm is a 6' 2" man. He has several scars on his body because of electrical burns and is equipped with Tesla coils all over his body. With those coils, he has the ability to conduct electricity.

Johnny Ohm alone is a decent fighter. Due to having Tesla Coils implanted on him, Johnny Ohm can absorb, conduct and manipulate electricity. He can use electricity to fly. Johnny also was altered to have superhuman strength. 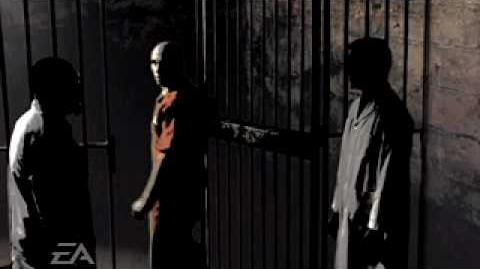