Images and videos of the emotionally unstable anarchist Joker from the 2019 film of the same name. 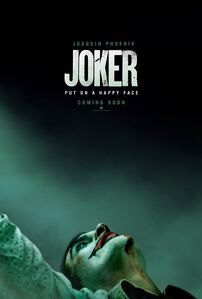 Joker on the first poster. 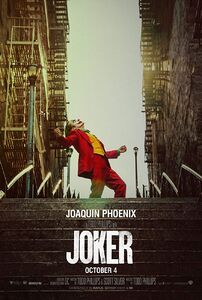 Joker on the theatrical poster. 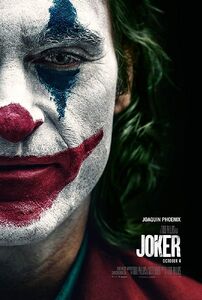 Joker on the promotional poster. 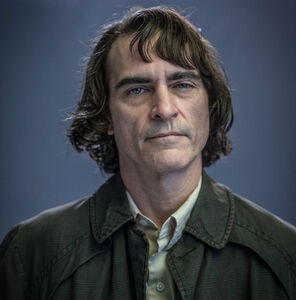 A promotional image of Arthur Fleck. 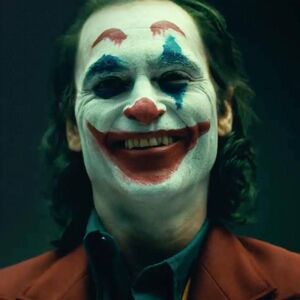 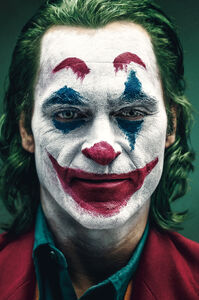 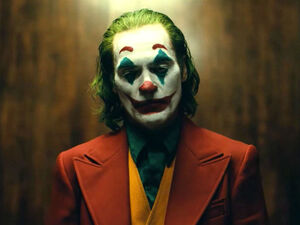 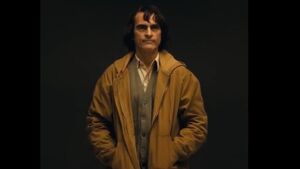 Arthur in the makeup test trailer. 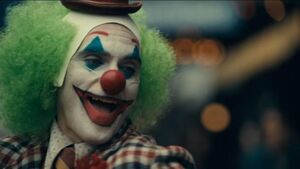 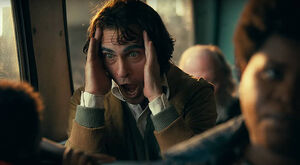 Arthur playing peek-a-boo with a child on a bus. 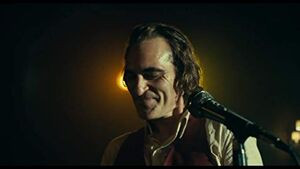 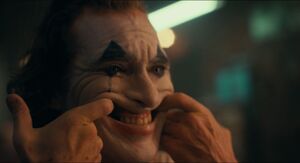 Joker forcing himself to smile with his fingers. 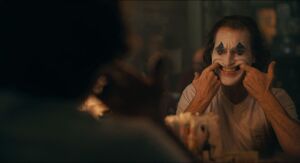 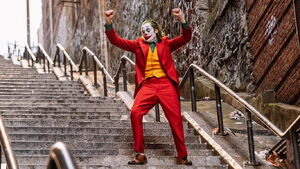 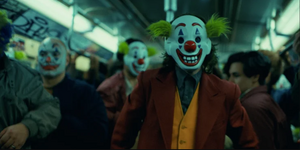 Joker wearing a mask to blend in with the Clowns. 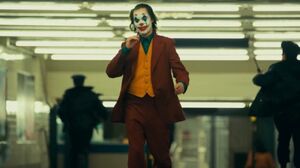 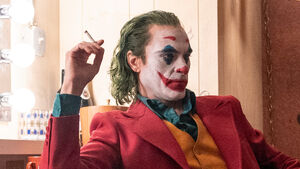 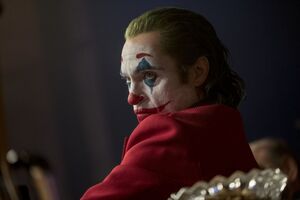 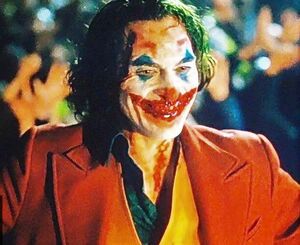 Joker revelling in the cheers of his supporters with a bloodied smile. 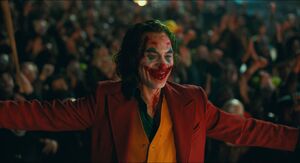 Joker's evil grin with the Clowns 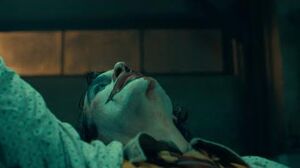 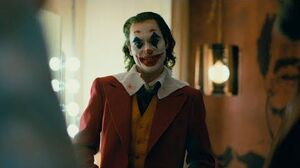 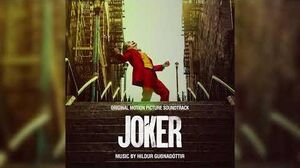 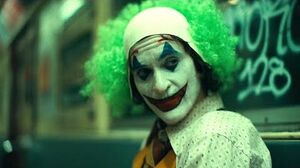 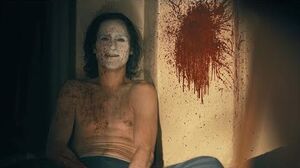 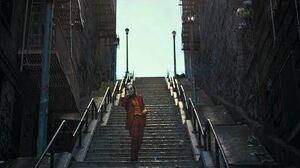 The Birth of the Joker + Police in Pursuit Joker (HDR) 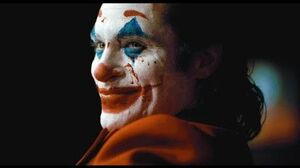 How about another joke, Murray? Joker UltraHD, HDR 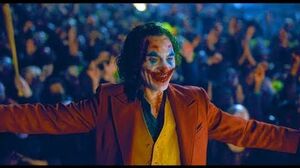 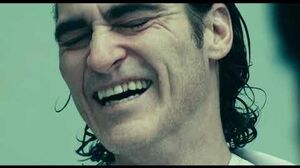 You wouldn't get it Joker 4K clips
Add a photo to this gallery
Retrieved from "https://villains.fandom.com/wiki/Joker_(2019)/Gallery?oldid=3512558"
Community content is available under CC-BY-SA unless otherwise noted.