The Clown Prince of Crime
The Jester of Jackanapes
The Prankster of Plots
W.C. Whiteface
Clavier Ankh and Owner of Penthouse Publishers

The Joker is one of the two main antagonists of the 1960s TV show Batman (alongside The Penguin) and the secondary antagonist of the 1966 film. Unlike most versions, he is played for laughs and a mostly harmless trickster.

He was portrayed by the late Cesar Romero, who also played A.J. Arno from The Computer Wore Tennis Shoes.

This version of the Joker wasn't the mass murdering psychopath of the comics, but a goofy, mischievous prankster who relied on harmless weapons (sneezing powder-squirting flowers, non-lethal joy buzzers, etc) and Vaudeville-type humor to commit his crimes. One of his first goals was to unmask Batman and publicly expose his nemesis' identity. Some of his crimes were for little more than his own harmless amusement, while others were far more dangerous. Therefore, his threat level depends on the episode.

In the film, Joker teamed up with Penguin, Catwoman and Riddler to form the United Underworld, to disband the United Nations. His role in the Combination Trap (that was devised by the Riddler) was the Jack-in-the-Box to send Batman flying toward the Penguin's exploding octopus; however, one of the unnamed thugs fell onto the jack in the box and was killed by the exploding octopus. The four super criminals managed to dehydrate the nine members of the United World Security Council and take them to the submarine, however Batman and Robin draw it to the surface, where the Dynamic Duo fight the United Underworld. After taking several beatings from Batman, Robin fights the Joker and defeats him by punching him over the edge, into the water. He is captured along with the other criminals when Batman and Robin chain them to the side of the submarine and Batman calls the coast guard where the police can take them to prison.

His many schemes after this included committing crimes based on the signs of Zodiac, stealing the famous Renaissance art collection for ransom and trying to take over Gotham City with a flying saucer. He can also easily persuade women to help him in his crimes with his charm and wits.

Even though Batman defeated him many times, the Joker vowed never to rest until the last laugh was his. Although not being as fixated as with previous and current versions, this Joker still enjoys fighting Batman and likely wants to be the one who defeats him. 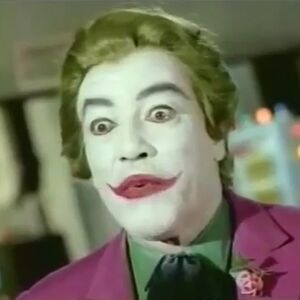 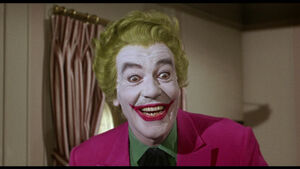 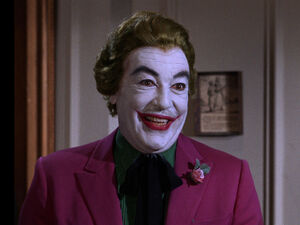 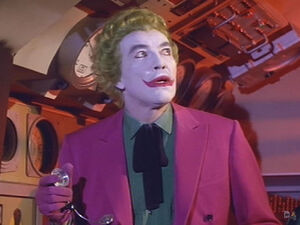 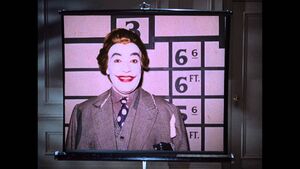 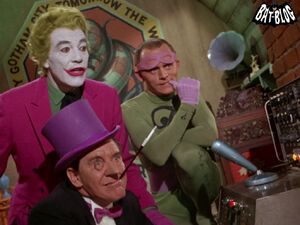 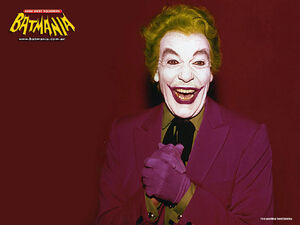 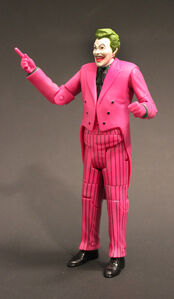 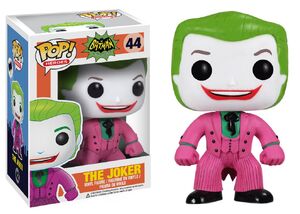 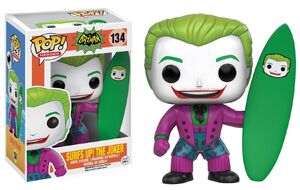 Joker's Funko Pop 2
Add a photo to this gallery

Retrieved from "https://villains.fandom.com/wiki/Joker_(Adam_West_Batman)?oldid=4144295"
Community content is available under CC-BY-SA unless otherwise noted.