Avenge Vicky by killing Glen Hill and his gang (succeeded).

Jonathan "Jonny" McHale, also known as True Night is a villainous protagonist in the crime-drama TV series Criminal Minds. He is a psychotic vigilante who appears in the season three episode "True Night".

He is portrayed by Frankie Muniz.

Jonny McHale was a successful comic book artist, living in Los Angeles with his girlfriend, Vicky Wright. One night while walking home from the store, Vicky reveals that she's pregnant and Jonny proposes to her. What was a happy moment does not last, when a gang leader named Glen Hill interrupts them. Despite Jonny offering them a little money to leave them alone, the gang grabs Vicky and beats up Jonny. They drag Vicky into an alley where they gang-rape her and force Jonny to watch. Afterwards, they murder Vicky and nearly kill Jonny, but he survives. Unfortunately, after awakening, Jonny blocked out the memory, so he couldn't really remember what his attackers looked like and they were never arrested.

Sometime after the incident, Jonny, suffering from post-traumatic stress disorder, dons a hooded trench coat and armed with two machetes finds an alley with members of the 23rd Street Killers. He slaughters five of them, afterwards drawing up a comic called "True Night" where a hooded figure slays werewolves.

After slaying two more gang members, Jonny catches the attention of the BAU. Despite being very reluctant, Jonny attends a comic book signing, but flees when he starts to suffer a delusion. While fleeing, he's hit by a car, and after the driver gets out to check on him, Jonny, presumably in his True Night persona, chokes him, only letting go when the wife of the driver starts yelling at him. Jonny gets up off the ground and wanders onto the crime scene, where his agent finds him and takes him home. Despite the agent's concerns, Jonny gets annoyed with his agent and fires him. That night, Jonny dresses like True Night and slaughters six more gang members and kidnaps Glen Hill, who he tortures and then decapitates.

After dreaming of Vicky, Jonny begins to hear her voice and follows it into an apartment below him. Meanwhile, the BAU put out a profile for the killer, and various people, including Jonny's agent all come forward. Jonny returns to his apartment and trashes it after becoming enraged. Having got the tips on Jonny McHale, the BAU bust into his apartment and arrest him. They bring him in and interrogate him, eventually ending when Jonny remembers his girlfriend's death and the murders. Afterwards, Jonny is locked up in a mental hospital where he continuously calls Vicky's cellphone. 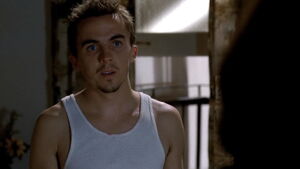 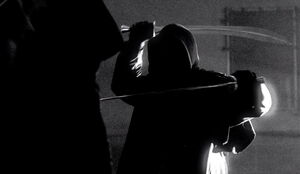 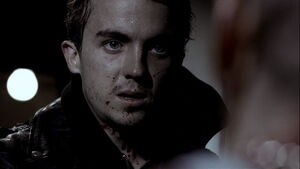 Jonny revealing himself to Glen Hill before killing him. 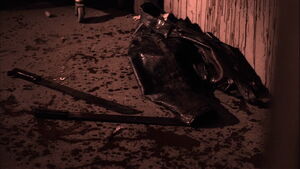 Jonny locked up in a mental hospital.