Developing weapons for the Helghast Military

Experimenting on ISA and Human prisoners
Attempting to become Autarch

Usurp power and take over the Helghan Senate (failed)

De-letiminize Orlock and become Autarch (nearly succeeded, but ultimately failed)
Kill Admiral Orlock and get revenge on the senate (succeeded)
Deploy his fleet to Earth and wipe out both the planet and the human race (failed)
Give financial support to the Black Hand and have Vekta conquered.

Good day, my fellow Helghans. I am Jorhan Stahl. This is something of a rarity for me because speeches are not my forte, but honesty is. And I believe what I have to say today, you will find very refreshing. My father and Visari, both great leaders. They built this country from nothing, using sharp minds committed to our future. Together they build a nation. Visari gave us purpose and hope...My father's factories, they gave us the most powerful army the universe has ever known! But our army has failed us. They have allowed themselves to become fat, lazy, and careless! But that changes today! The time has come for some new fucking management. I know what this nation needs, and I will cut out this disease of compliance and subjucation. So to honor Visari, tommorow we launch the greatest military campaign in our history. And to celebrate that, I will give you justice. REVENGE! And the death, of his killers!Stahl during his address to the Helghan Empire

Jorhan Brimve Stahl is the secondary antagonist of the Killzone franchise, serving as the unseen overarching of the first two games, the main antagonist of Killzone 3, and one of the main antagonists (alongside Thomas Sinclair) of Killzone: Shadowfall. Stahl is the current and namesake Chairman/CEO of Stahl Arms and has attempted to become Autarch of the Helghan Empire but eventually lost to Admiral Orlock but eventually killed him onboard a space station. Around 2390, Stahl remains on Helghan after his cruiser crash landed and released the terricide and has financed Vladko Tyran and Black Hand in order to fight both the Vektan government and New Helghan.

Stahl is voiced by Malcolm McDowell in Killzone 3, who also voices Mad Mod from Teen Titans.

Jorhan Stahl is the son of Khage Stahl, the founder of Stahl Arms which has been arming and supplying weapons to the Helghast Military for many years. Khage had soon found a source of irradiated Petrusite and years later Stahl would use it as a source of power for advanced weapons. Autarch Scolar Visari had soon found the energy source and used it to his advantage and soon Khage went into politics as both Visari and Stahl Arms profited from the suffering and hardships of the Helghast people and simply blamed the Vektans and Humans for their suffering.

Khage had a strong contempt of Visari's hypocrisy and had attempted to seize control of the Helghast state himself but were stopped by Orlock and his associates who were Visari's elites. As a result Khage died in disgrace leaving his son Jorhan to attempt to seize control for itself and became CEO of his father's company. Despite being a massive collaborator towards Visari, Jorhan had his father's ambitions and his views were even less noble than his father's.

During the Second Extrasolar War Stahl used his company's influence to his advantage as Stahl Arms had its very own private army with the technology and resources to back it up and had been creating and supplying the same weapons the Helghast Forces have used since its establishment. During the ISA invasion Stahl was involved in a plot to detonate the stolen ISA nuke known as the Red Sun and use it on the capitol city of Pyrrhus to assist the Helghast Forces led by Colonel Radec. The bomb was detonated killing many ISA and Helghast troops alike but Visari was soon killed and thus Stahl battled Orlock for control over the Helghast state. As the remaining ISA Forces began to evacuate Helghan, Stahl had hoped that the ISA troops would leave so Orlock would look incompetent and become Autarch. Stahl soon rounded up many ISA Prisoners of War (POWs) and began to bring them to his Arctic facility to have Jason Narville, who was the commanding officer of the ISA invasion fleet be executed around 2360 as revenge for Visari's death and announce the plan to invade Earth by saying that it was "the greatest military campaign in our history" when all of a sudden RIco and Sev prevented the execution and rescue all of the POWs.

This disaster soon caused Stahl to find out that the Helghan Senate had just declared Orlock Autarch and was horrified at the news. In response, he arrived at the Space Station orbiting Helghan where he and Orlock were to be commanding their forces for the Helghast invasion of earth when Stahl's cruiser began to open fire on the Senate's forces in an effort to convince the senate to make him Autarch and have them beg for mercy. Following a duel between Stahl and Orlock, Stahl soon announced that he would use his weapons to completely obliterate the population of earth killing off most of the human race which horrified Orlock. At that moment Stahl had completely shocked Orlock as Stahl had no remorse or guilt of his decision to destroy his own fleet and obliterates an entire species. Stahl's cruiser soon crash landed on Helghan leading to the collapse of the Helghan Empire and the death of over 1 billion people.

30 years later in the year 2390, Stahl survived and lives on the ruins of Helghan where he manufactures MAWLRs and other weapons for the Black Hand to use against the Vektan government. Stahl then gave Tyran a biological weapon made by Massar, an ISA scientist to use to obliterate the Vektan population when VSA Shadow marshal Lucas Kellen discovered the plot. Stahl was soon found by Lucas and killed by Thomas Sinclair and Lucas was soon killed next.

Jorhan Stahl was a prime Helghast being very warmongering and power-hungry. He has a strong hatred of Vektans and wanted to have full control over the Helghast government. Stahl was shown to have little to no morals as he destroyed the invasion fleet leaving Helghan defenseless and wanted to exterminate the entire Earth population and control all of the human colonies.

Years later he believed that the Helghasts who died in the Petrusite were meant to and that all who survived were the strongest of the race showing a stronger fascist/nazi type of behavior over the years than Visari ever did. He also kept his genocidal behavior as he was willing to give Black Hand leader, Vladko Tyran a biological weapon powerful enough to exterminate all of the human colonists on Vekta, though he never truly respected Tyran as he considered him a disgrace to the Helghan people for being a Vekten Born Helghast and saw the Black Hand (and the people of New Helghan) as mere pretenders to the Helghast of old. He also shares this distaste with hybrids, which is Visari's Daughter is implied to be and Grandaughter is.

"The Terracide happened for a reason, the weak perished. Those of us that survived, were meant to. Now it is time for you to suffer that same fate. History demands it. The Helghast cannot live in Vekta's shadow any longer."Stahl stating his Darwinistic beliefs.

"I can see you are determined to kill me. I understand. You want to protect your home. It is admirable. You show something a great many of your kind lack. Vektans are selfish, they care only about themselves. They look at their fellow man and resent him. Each one seeking more than the other. There is no loves in your hearts, only greed. It is because of this weakness that you can endure like we can. We have something much stronger than you. We have belief. A belief that cannot be shaken no matter how hard you try. Know that killing me changes nothing. It only prolongs the inevitable. It is simply a matter of biology. You were born on the wrong side, Marshal. Others will rise up behind me and take my place. Eventually, we will win."Stahl to Lucas Kellen. 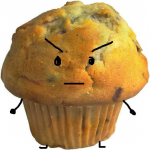 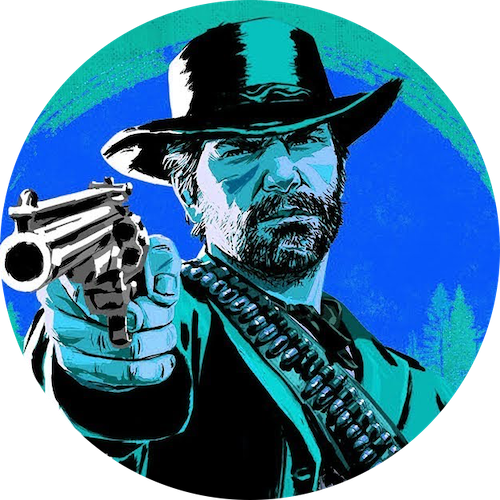