Leader of the Menendez Cartel (formerly)

Being with Raul and Josefina.

Rebuild his family's life (succeeded until his death).

Jose Luiz Menendez was born in 1940 and was once an normal Nicaraguan man taking care of two children, Raul and Josefina Menendez during the Nicaraguan revolution. All of this changed when the family lost everything due to a colossal earthquake in 1972, forcing Jose to resort to drug trade to make money and raise his children. In 1973, Josefina was disfigured and crippled in a warehouse that was burned by an American owner who wanted to collect insurance money.

Foundation of the Cartel and Death

Both Jose and Raul continued to trade drugs for money, and presumably killed others to collect money to survive and protect Josefina. Due to his drug dealing and other activities, Jose became the leader of his own cartel, which became made the Menendez family "powerful legends in Managua" and brought them great wealth. Jose would teach his son how to run the drug trade himself, training him to be a professional escape artist and negotiator. The Menendez Cartel gained a reputation within the criminal underworld, and later managed to get connections with people in higher places, such as the Soviet officer Lev Kravchenko, Russian mafia boss Anton Volkov, and Panamanian dictator Manuel Noriega.

In Call of Duty: Black Ops: Declassified, Jose appears as the main antagonist in the final mission "Hostile Takeover", which takes place on May 21st, 1982. The CIA decided to eliminate Jose due to his dealings, and assault his drug compound in Nicaragua where he is assassinated by an unnamed operative. Raul is left alive due to him not being considered a target, and he escapes from the drug compound via a truck. Despite Jose's death, the Menendez Cartel continued to grow with Raul taking over, and a shrine was created for Jose in Nicaragua. 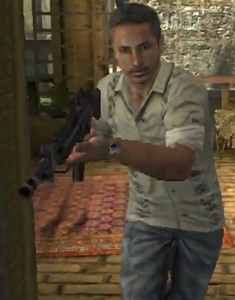 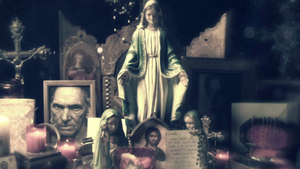