Contestant of the "Ridonculous Race"

Win the Ridonculous Race (both failed)

Josee is one of the main antagonists, along with her partner Jacques as The Ice Dancers of the Total Drama spinoff Total Drama Presents: The Ridonculous Race.

She was voiced by Julie Lemieux, who also voiced Kelly from the same series.

Josee is a crafty, conniving, manipulative and duplicitous competitor who is obsessed with gold medals and coming in first place. Even though she smiles all the time, she shown to be very snappy, impatient, and cantankerous, as well as short-tempered, obstreperous, and aggressive when things do not go her way. As the competition progresses, she and Jacques no longer try to hide their true nature and they become more ruthless and unsympathetic, even willing to betray and sabotage other teams. She is also known to be extremely superstitious and impressionable, as she carried around a lucky rabbit's foot until losing it in Transylvania, which she replaced with a piece of volcanic rock shaped like a trophy in Hawaii, unintentionally cursing them. As the race progresses, she along with her partner, started to cheat and no longer followed the rules in order to get in first place.  She also stops smiling as often and starts detesting Don for him punishing her and Jacques for not following the rules.

She likes to trash talk and cheat her way into victory, even stating that messing up with other teams is something she loves doing. Josee is also seemingly claustrophobic and oppressive, making her unable to think well in closed spaces and even making the illusion that she is running out of air to breathe. This unmerciful and inconsiderate behavior could be caused by the trauma she obtained after losing in the Olympics and becoming a national embarrassment, causing her to become frustrated when someone brings this up. She often blames Jacques for what happened in the Olympics and has never forgive nhim for this. But besides her negative feelings towards Jacques, she still thinks that he is an asset to the team and even showed signs of respect towards him. Furthermore, after they place third, she vows to play fairly. However, it is unknown if she ever learned her lesson.

Josee in her black outfit. 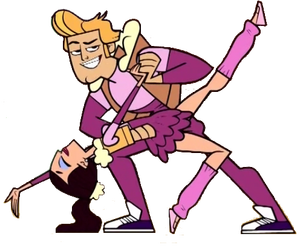 Jacques and Josee dancing the tango, as seen in Last Tango in Buenos Aires.

Josee in her swimsuit. 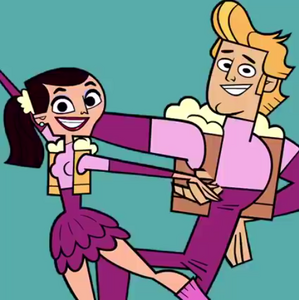 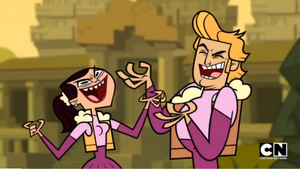 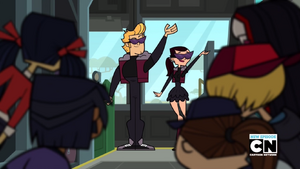 The Ice Dancers showing off their new black attire. 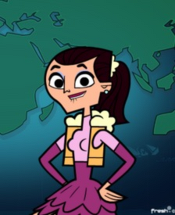 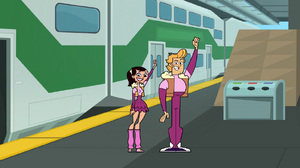 The Ice Dancers are introduced. 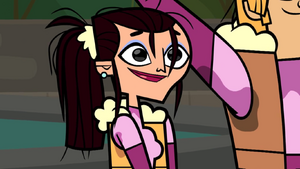 Josee smiling before she goes mental at their elimination. 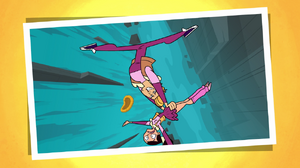 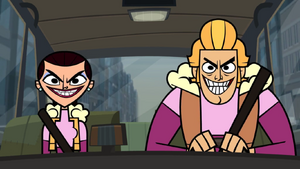 The Ice Dancers ramming their taxi into the Surfers' taxi. 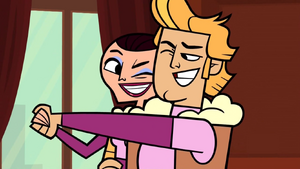 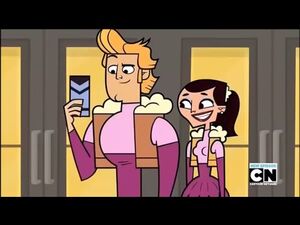 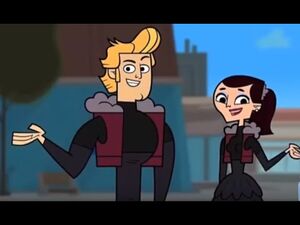 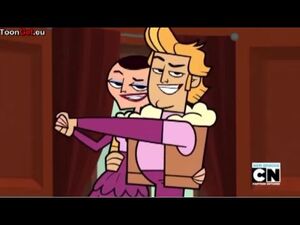 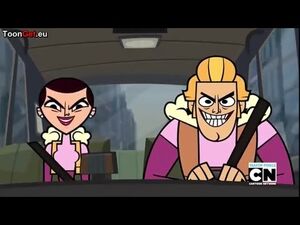