General of the Helghast Third Army

Arresting and executing all who oppose Scolar Visari.

General Joseph Lente is a General of the Helghast Military and is the secondary antagonist of Killzone. He is the Commander of the Helghast Third Army and is loyal to Scolar Visari and personally led the first Division of Helghast Troops during the Invasion of Vekta.

He was voiced by Steven Berkoff.

Lente grew up during the Great Depression on Helghan in the twenty-fourth century following the defeat of the Helghan Corporation in the First Extrasolar War. He joined the military following Visari's rise to power and quickly became an elite officer as a result of his leadership skills. He became a fanatical supporter of Visari and his beliefs and helped assist his propaganda campaign to help Visari rise to power. He was then promoted to General and leader of the Third Army after a decade of military growth and rose to the ranks of the Helghast military and supported the establishment of the Helghan Empire. His radical views were not shared by his administration as many of them soon left due to his fanatical devotion to Visari and the use of the Third Army against all who opposed Visari and his regime and his desire to take over Vekta. Lente was then disgusted to find out that Colonel Gregor Hakha had defected to the Interplanetary Strategic Alliance and Lente then ordered the death of his brother for defending his right to leave the Helghast State. In 2357 Lente soon got his goals when Visari launched the invasion of Vekta and started the Second Extrasolar War.

General Lente had personally oversaw the invasion of Vekta after ISA Generals Stuart Adams and Dwight Stratson had disabled the SD Orbital Defense Platforms allowing the Helghast Forces to ivade Vekta without resistance from space. Lente had soon infiltrated one of the Platforms and executed ISA General BradleyVaughton and oversaw the conflict from near orbit. Adams and Lente had then re-activated the platforms now that they were under their control and were prepared to use them against ISA reinforcments coming from earth as Helghast troops recked havok across the planet. Later on, ISA Captain Jan Templar had soon discovered Adam's betrayal and involvment with Lente do disbale the orbital defenses. Templar and his men were attempting to get to a shuttle to reach the platform and arrest Adams and soon Lente went down to the surface of Vekta to deal with Templar on his own after Adams failed to do so. He was then killed after he discovered that his closest friend had betrayed him and confessed that he killed Hahka's brother for defending him and was then killed by him but not before he called his former friend a disgrace to the Helghasts.

Lente was fiercly loyal to Visari and was a fanatical believier in Visari's philosephy on the Helghast race. He was described as a dark, cold, notorious fascist and had viewed humans as inferior although it was less then the extent that other Helghasts hatred was. He also cared for his friend and was horrified when he found out that his friend had betrayed him and joined Templar's strike force team. 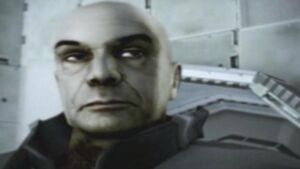 Retrieved from "https://villains.fandom.com/wiki/Joseph_Lente?oldid=4292879"
Community content is available under CC-BY-SA unless otherwise noted.