The World Ends with You

Joshua (real name: Yoshiya Kiryu) is one of the main antagonists (and one of the playable characters) of the video game The World Ends With You.

Yoshiya "Joshua" Kiryu is first identified as the villain in Week 2 of The World Ends With You. Joshua moves towards Udagawa, where CAT has painted a mural that has an Imprint to draw in the strong and creative. He has full intentions of retrieving his Proxy for an upcoming Game, but he is intercepted from his mission by Sho Minamimoto. Minamimoto attempts to kill him with a gun, as he plans to become the new Composer of Shibuya. Minamimoto's plan fails when Joshua, as the Composer, stops the bullets and instead shoots him in the shoulder, forcing him to retreat. Joshua then kills Neku with his gun, putting him into the Reaper's Game as his Proxy.

During the second week of the Game, Joshua gives his partner glimpses of his own death (which Joshua removed for the purpose of allowing him to maintain partnership with his Proxy). This serves to drive a wall between the two, and Neku breaks on day fivee and informs Joshua that he's aware that Joshua killed him. At the end of this long week, Neku sees a memory that causes him to instead fall under the belief that Sho Minamimoto was the one to kill him, and this occurs before the final battle against said Game Master. Following the playable battle, Minamimoto fires a large, powerful blast in Neku and Joshua's direction. Joshua speaks a few words to Neku, pushing him out of the way and pretending to sacrifice himself. He instead barely slips away in the aftermath, transporting himself to the world of Another Day.

While in the alternate parallel world of Another Day, Joshua waits in the Shibuya River for Sanae Hanekoma, an Angel who assists with the Reaper's Game in the world that the main game takes place in. Hanekoma is the only way he can return to his Shibuya, and he quickly becomes bored. While waiting, should the player choose to take Neku to the Shibuya River, it is possible to fight him indirectly in the Room of Reckoning. After this interaction occurs, Hanekoma retrieves him and returns him to his own Shibuya.

Near the end, Joshua is revealed to be the Composer, the leader of the Reapers. It's revealed he was in a bet with Megumi Kitaniji, the Conductor, over whether or not Shibuya was to be destroyed. Kitaniji had one month to save Shibuya, and should he have failed, the city would be Erased. After the final battle occurs between Kitaniji and the playable characters, Kitaniji is Erased when his time runs out.

Joshua proposes the final "game" to Neku; both of them will have a revolver, and whoever survives will be in control of Shibuya's fate. Because of having befriended someone with characteristics like him, Neku refuses to shoot him. Instead, Joshua shoots Neku before returning him and his friends to the Real Ground.

For unconfirmed reasons, Joshua decided not to destroy Shibuya. A week after the Reaper's Game ends for Neku, Joshua can be seen in the secret ending watching Neku and his friends from atop the 104 building with Hanekoma. It is said to Joshua by Hanekoma: "You seem lonely." in the Japanese version of the game, but in the English version this is replaced by "You seem down.". After hearing this and a few more lines of dialogue from Hanekoma, Joshua vanishes as an orb of light into the sky. 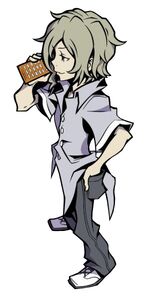 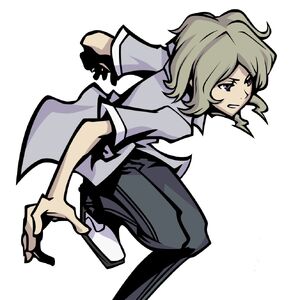 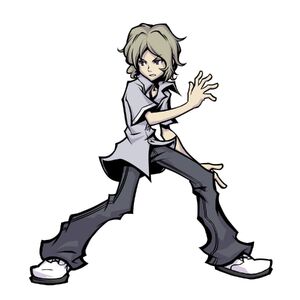 Yoshiya Kiryu.jpg
Add a photo to this gallery

Retrieved from "https://villains.fandom.com/wiki/Joshua_Kiryu?oldid=4337944"
Community content is available under CC-BY-SA unless otherwise noted.