Killing people by making them gaze at his face.

Judge Fear is one of the four original Dark Judges. The imposing phantom originally hailed from Deadworld and cast down death and destruction upon the citizens of Mega-City One several times. He symbolizes the horrors of war.

During the great massacre, Fear and Fire took part in a contest to see who could massacre a city block first. One child showed no fear of the Judge and this left him rattled for years afterward. After Deadworld's fall, Fear holed up in his castle, paranoid that the other Dark Judges would assassinate him.

Having sensed Death's peril after he is trapped in the body of Psi-Judge Anderson after she sealed herself in Boing, Fear, along with Fire and Mortis crossed the dimension warp to rescue him. Once Death is released from imprisonment and gains a new body, Fear and the other three Dark Judges continued their 'judgment' upon Mega-City One claiming thousands of victims. Dredd and Anderson intervened and pursued the Dark Judges back to Deadworld using a Dimension Jump Globe liberated from the Dark Judges. There, the spirits of the Dark Judges' millions of victims flowed through Anderson and seemingly extinguished their spirits forever.

His spirit was merely weakened and he along with Dark Judges returned several times to continue their "judgment" until Necropolis where he along with Fire and Mortis were captured and imprisoned until Day of Chaos after being released by Sov agents they were captured by PJ Maybe until they were rescued by Judge Death. The Dark Judges then went onto the spaceship Mayflower and massacre most of the crew and passengers until they were defeated and ejected into space by Dredd and Anderson.

He is an imposing figure who wears a black great helmet accented with large, bat-like wings. When passing judgment, he opens his helmet's faceplate and frightens the accused to death with whatever lies within, whilst reciting his catchphrase, "Gaze into the face of Fear!"

The actual face under the helmet has only been revealed twice: once as a mass of eyeballs, and on another occasion as several grotesque mandibles. No explanation has been given as to whether these monstrosities are indicative of Fear's physical face, or if they are simply manifestations of his victims' fears.

His belt buckle is a shrunken head. He wears a heavy black cape with large, bear trap shoulder pauldrons.

Like the other Dark Judges, Fear believes that life was a crime and the only acceptable punishment was death. Fear was oddly rather questioning of his and his brother's goals to eradicate all life, often whether or not they had set themselves on an unfinishable task. He also showed some jealousy to his leader Judge Death, showing disdain to the fact he always took the limelight from Fear and the others.

Fear sports an assortment of tools on his belt, notably miniature bear traps, which he is known to throw at his enemies in order to immobilize them; and an enormous padlock which he uses to secure his victims' potential exit routes. In Progs. 421 and 423, Judge Fear is seen to exhibit powers similar to Judge Death "phasing" ability, thrusting his hands through victims' bodies. 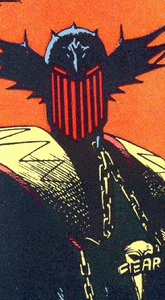 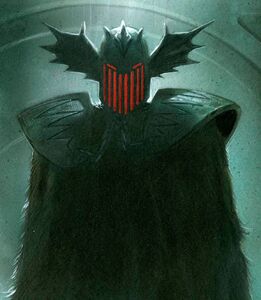 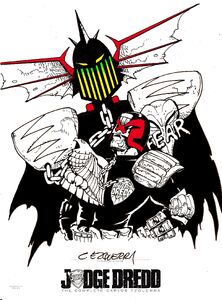 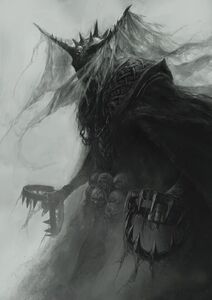 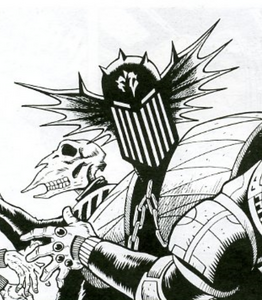 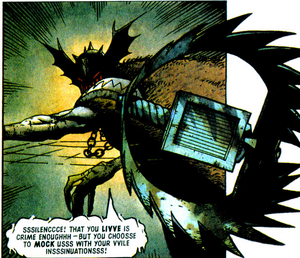 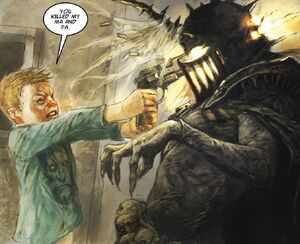 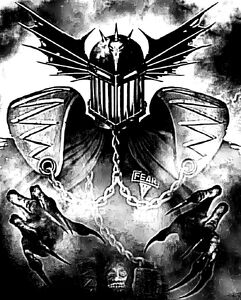 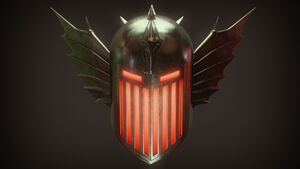 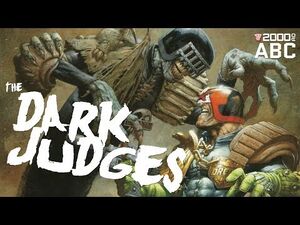 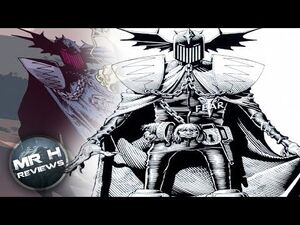