Spread and impose his philosophy.

Judge Holden is the main antagonist of Cormac McCarthy's 1985 Anti-Western novel Blood Meridian. He is inspired by the real-life scalp hunter of the same name.

The novel is vague about the origins of the Judge to the point where there is nothing known about them. It is only known that the Judge is active around the Mexican-Texas border in the 19th century, and seems to be a possibly Texian middle-aged man. He is first seen entering a tent and falsely accusing a priest of being an imposter, as well as an illiterate zoophiliac criminal wanted for pedophilia, agitating the people in attendance of his service to the point where they kill the priest on the spot.

The Judge later met a group of nomadic mercenary scalp hunters who were out of gunpowder and at risk of being overtaken by a group of Apaches. They encountered Holden sitting on an enormous boulder in the middle of the desert, as if he had been waiting for them, even though there was no way he could have known that they were coming. The Judge climbed a mountain with them, and collected coal while he was there (amongst many other scientific pursuits). The Judge later lead them to a small area of volcanic activity, while Apaches were following them closely. When they arrived he collected sulfur, then mixed that with the coal, urine, and other minerals, producing functional gunpowder. The Judge than created a false surrender against the Apaches. However, when the natives approached the mercenaries, Holden and his fellow men brutally killed them all. Shortly after, the Judge formed a partnership with the captain of the gang, a small dark-haired man named Glanton.

The Judge was involved in several more conflicts with natives, including a raid that resulted in the slaughtering of multiple babies and defenseless non-combatants. After a year, Glanton and most of his gang were slaughtered in a conflict with Quechan Indians. Holden was one of the few that managed to survive. The other four remaining members of Glanton's Gang (the Kid, Tobin, Davvy Brown, and Toadvine) encounter the Judge after the Glanton Massacre. After Davvy Brown and Toadvine leave, Holden suddenly attacks Tobin and the Kid, and forces them to go into hiding in order to escape him. The duo manages to get into San Francisco but Tobin goes missing, and is implied to have been killed by the Judge.

The Kid encounters Holden decades later, although the Judge has apparently not aged at all. Holden describes the Kid as a disappointment, stating that he held in his heart "clemency for the heathen." He then follows the Kid into an outhouse and implicitly rapes and kills him. The Judge is last seen frenetically dancing in the nude, claiming that he will never die.

Judge Holden is extremely ruthless but also very intelligent, often teaching and philosophizing to his fellow mercenaries. He tends to avoid personal confrontation, but is perfectly willing to murder people in the most brutal ways imaginable if they are his enemies. The Judge is perennially calm, and expresses few emotions over the course of the novel.

He was an immensely cruel being-demonstrating his love for cruelty such as buying two puppies just so he can throw them off a bridge to their deaths. The novel also heavily implies that the Judge is a child murderer, and perhaps a pedophile-luring children into his clutches with sweets. A child goes missing in nearly every town that he visits, and he is, on several occasions, seen with a naked child in his room.

The Judge is a man of strange appearance. He has an enormous frame and is close to 7 feet in height. His skin is extremely pale, to the point of being fluorescent and purely white in coloration. He also has no bodily hair. Physically, Holden is very strong, being capable of lifting a Howitzer with ease, and using a large rock to kill a mule in a single blow. In contrast to his apparent age and strong features, the Judge has a strangely childlike element to his appearance, having hands and feet that are small in proportion to the rest of his body, and possessing a childish aspect to his face.

The Judge is often partially or entirely nude, but (when clothed) will tend to wear clothing typical of his era; such as longcoats, linen shirts, boots, and wide-brimmed hats. Often, the Judge can be seen smoking a cigarillo.

In Samuel Chamberlain's autobiography My Confession: Recollections of a Rogue, Holden's appearance is described identically to that of his fictional counterpart:

"He stood six foot six in his moccasins, had a large, fleshy frame, a dull, tallow-colored face destitute of hair and all  expression, always cool and collected."

The Judge is extraordinarily strong and durable. He is able to hold a heavy howitzer under one arm, and walk across vast stretches of desert without ill effect. It is these traits that suggest the judge is not in fact human, but a demon of some sorts. 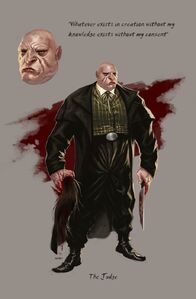 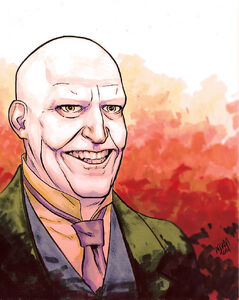 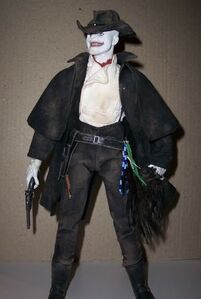 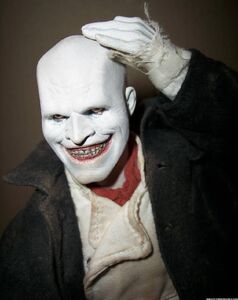 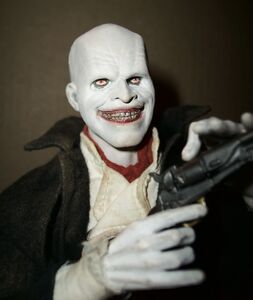 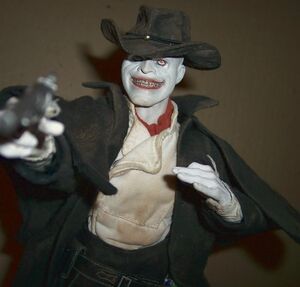 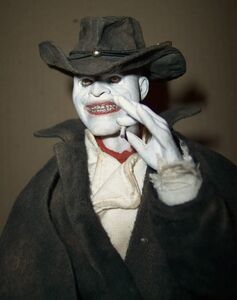 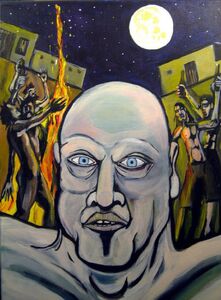 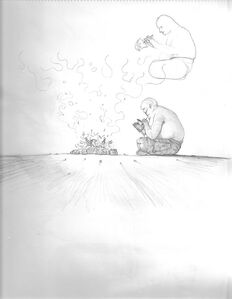 Holden at the fireside. 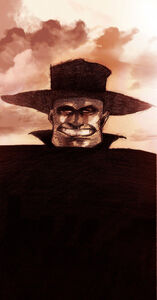 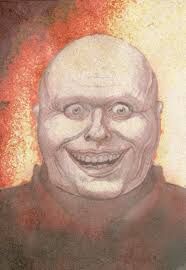 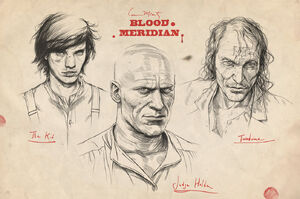 The Kid, Holden, and Toadvine. 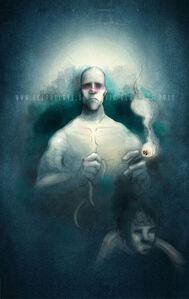 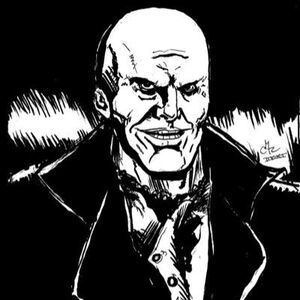 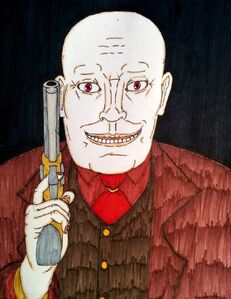 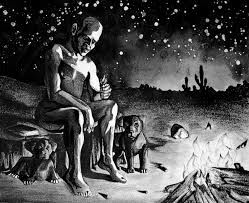 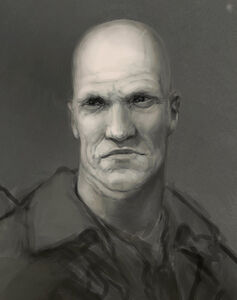 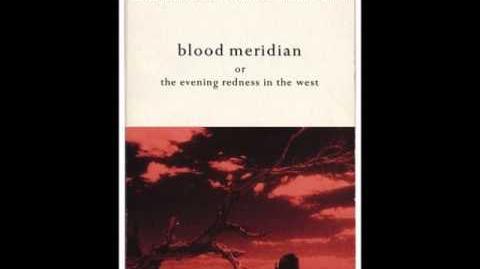 Cormac McCarthy's Blood Meridian - The Point of View for his Work as a Scientist
Add a photo to this gallery
Retrieved from "https://villains.fandom.com/wiki/Judge_Holden?oldid=4153537"
Community content is available under CC-BY-SA unless otherwise noted.