Judgement binds and controls the organization. The Devil develops conventional weapons and it is responsible for the Dural Project. Wheel of Fortune manipulates global politics. The Moon funds military combat and terrorist activity. The Tower monitors the organization's extremities. Death develops chemical, biological, and nuclear weapons.

Jacky Bryant was a professional race car driver in the Indianapolis 500. One day, Judgement 6 sent a group of spies to sabotage his race car. He was severely injured in a race and spent two years in rehabilitation.

Afterwards, he found out about the group responsible for his incident. His younger sister, Sarah, disappeared at the same time. He entered the first tournament to search for the group of spies and his missing sister.

Jacky was defeated during the first world tournament. He decided to train in the art of Jeet Kune Do to improve his skills. As a second effort to seek revenge on Judgement 6 and rescue his sister, he participated in the second tournament.

Jacky succeeded in rescuing Sarah. However, his attempt to unbrainwash her resulted in the complete loss of her memories. She did not feel comfortable living with a brother whom she did not remember. Therefore, Sarah moved into her own apartment in New York. Jacky heard Sarah planned to enter third tournament to regain her lost memories. He decided to follow his sister to protect her.

Jacky lost to Sarah in the third tournament. However, his sister fully regained her memories. Afterward, Jacky stopped training as he had lost his incentive. Jacky's sister was under the protection of their family's private special forces. He returned to his profession of racing and started a team of race car drivers.

Jacky could barely contain his anger. He was manipulated into entering the fourth tournament. Sarah's bodyguard disappeared during the same time. Jacky felt that he and Sarah could only be free from trouble if Judgement 6 was destroyed. He started to training to prepare for his mission to destroy the organization.

Jacky has begun his mission to destroy Judgement 6.

Kage-Maru is the son of Tsukikage. His mother was abducted by Judgement 6. There was not a trace of her disappearance.

The next morning, Kage salvaged a keepsake from his father. He donned his costume and embarked on a journey to avenge his family and clan.

Kage entered the first world tournament to find the location of his mother. He failed to acquire much information. However, he learned his mother was still alive.

During the second tournament, Kage encountered his mother. She transformed into a robotic being known as Dural. He managed to rescue her.

Kage and his mother lived in a peaceful, hidden village. A year later, she was struck by a mysterious illness. Kage investigated her ailment. She was suffering from an aftereffect of her transformation into Dural. He decided to enter the third tournament to acquire parts for her.

Kage won the third tournament and acquired a part from a Dural model. He used the part on his mother to cure her. However, his plan backfired. The caused his mother to transform back to Dural. She immediately attacked her son. Kage decided to kill her in order to end her suffering. He was nearly successful but she managed to escape and was retrieved by Judgement 6.

Kage knew the only way to save his mother was to enter the fourth tournament and end her life. He fought hard and reached the final match in the tournament. A mysterious opponent interrupted the fight. He worried that this rival was in fact his mother. He still new there was not any hope to save her there. He had no other choice but to destroy the fighter. While he held the limp figure in his arms, he realized that it was not his mother. It was one of Judgement 6's other Dural models.

Kage was aware that his mother is still alive. He entered the fifth tournament to find her and end the existence of Judgement 6.

Kage-Maru is still searching for his mother.

Sarah is the younger sister of Jacky Bryant. She became suspicious of her brother's accident in the Indianapolis 500 and decided to investigate the source. During her investigation, she was kidnapped and brainwashed by Judgement 6.

Judgement 6 sent her into the first tournament to kill her brother. During the tournament, she encountered her brother but she did not kill him. Judgement 6 was unable to fully control her. The organization spent an entire year to train her until she was ready for the second tournament.

Sarah was rescued by Jacky during the second tournament. He claimed to be her brother but all of her memories were previously erased by Judgement 6. She resumed to her training. Overtime, fragments of her memories returned. Jacky hoped that more training would help Sarah to fully regain her memories. Therefore, she entered the third tournament.

Sarah fully regained her memories after the end of the third tournament. She and her brother returned to their normal lives. However, she felt a small amount of uncertainty. She still remembered her experiences with Judgement 6 and her attempt to kill her brother. Sarah was unsure if Judgement 6 brainwashed her to kill Jacky or it was her own desire. She decided to participate in the fourth tournament to resolve the matter.

During the fourth tournament, Sarah discovered Judgement 6 still had motives for her. Vanessa Lewis, a bodyguard, offered to protect her and infiltrate the organization. However, Vanessa disappeared before the tournament began. Sarah also learned Jacky was planning to destroy the organization and was training. She decided to join the fifth tournament and surpass him in order to completely bring peace to herself.

Sarah is unaware that her current efforts are a part of Judgement 6's attempt to put her in more danger.

Judgement 6 noticed a female ninja named Tsukikage. She was resilient and an exemplary fighter. They abducted Tsukikage several years before the first world tournament.

Judgement 6 automated Tsukikage as a prototype for their Dural project. Her body was armed with cybernetic enhancements. She was brainwashed to the point where her memories were lost and she could not feel human emotions. She was trained to master every martial art.

Tsukikage completely transformed into Dural. Her body was composed of an unknown alloy. Judgement 6 then utilized her as a weapon to gather data from fighters in the first world tournament. Her son, Kage-Maru, participated in the tournament but they did not encounter each other.

Tsukikage was saved by her Kage during the second tournament. For many months, Kage and his mother lived a peaceful life in a small village. A year had later, Kage's mother was suddenly struck by a mysterious illness. Kage investigated her ailment and discovered it was an effect of her transformation into Dural. He resolved to enter the third tournament to find the connection between his mother and the new Dural model.

Kage manage to win the third tournament. He also recovered a part from the new Dural model. He used the part on Tsukikage and hoped it would cure her. The model failed to help her recover. Worse, it caused her to transform into Dural again. She immediately attacked Kage and ran away. She was located by Judgement 6 and the organization retrieved her. Kage decided enter the fourth tournament and kill his mother to end her suffering.

When Kage's mother returned to Judgement 6, the organization contained her for further testing.

Tsukikage is still being held captive by Judgement 6.

When Vanessa was a child, her parents were killed. She was taken by Judgement 6 and trained to be an instrument of combat.

Vanessa was rescued by a man named Lewis. He was a member of the special forces. He then became her legal guardian. However, their time together was brief. Judgement 6 dispatched an assassin to murder Lewis when Vanessa celebrated her twentieth birthday.

Years later, Vanessa joined the Special Forces of the Bryant Family. She was assigned to be the bodyguard of Sarah Bryant. One day, she heard about Judgement J6's intention to capture Sarah during the fourth world tournament. Vanessa decided to join the fourth tournament to protect Sarah and find Lewis' murderer.

Vanessa was abducted again by Judgement. Instead of becoming an instrument of combat, she was used as a prototype for the Dural model. She was rescued by a double agent within the organization.

Vanessa is struggling to find out what happened to herself during her blackout.

Goh Hinogami is an Asian assassin from Judgement 6. He specializes in exterminating agents who try to reveal the organization to the public.

Goh was originally the son of a Judo expert in the Olympics. His father was murdered by a jealous friend. Goh was then adopted by Judgement 6. He was raised to be one of their assassins. Goh spent his early life in a training facility by practicing martial arts. When Goh reached adulthood, he was initiated as an assassin.

Judgement 6 sent Goh to eliminate several fighters in the fourth world tournament but he failed. He tried to explain to his superiors that the interruption of Dural ruined his progress. They did not believe him and were very disappointed.

The fifth fighting tournament is the only opportunity for Goh to redeem himself. If he fails again, he will be eliminated.

Jean Kugo is another assassin and rival to Goh Hinogami.

Unlike Goh, Jean was not raised by Judgement 6. Instead, he grew up in France. Jean studied Karate and eventually mastered it. He developed the ability to charge his attacks. Judgement 6 noticed him and were impressed. They abducted Jean and brainwashed him to be one of their assassins.

Jean has the opportunity to prove himself better than Goh who failed in the fourth world tournament. If Jean defeats many fighters in the fifth tournament, he will receive praise from his superiors. Jean's first target is Lion Rafale but he is unaware they were childhood friends.

A world fighting tournament is sponsored once a year by Judgement 6. It is merely a ruse for Judgement 6 to acquire combat data from the world's greatest fighters. The combat data is used to develop Dural who is considered to be the ultimate fighter. 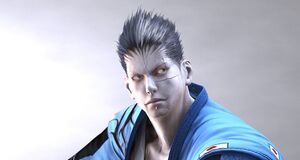 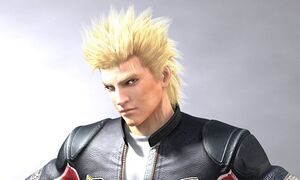 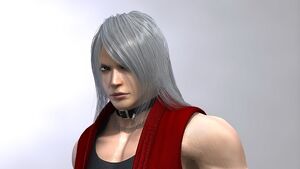 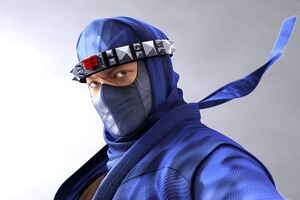 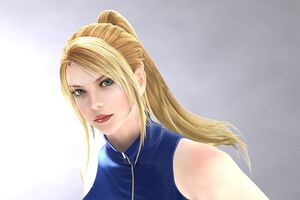 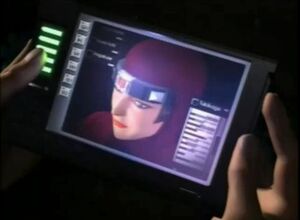 Tsukikage prior to her automation 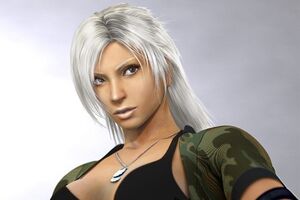 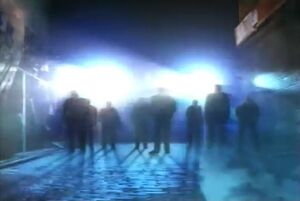 Commanders in black suits
Add a photo to this gallery
Retrieved from "https://villains.fandom.com/wiki/Judgement_6?oldid=3778755"
Community content is available under CC-BY-SA unless otherwise noted.