revive her son and make him human via sacrifices (succeeded)

Judith Ruric is a violinist married to her husband Anton and one of the two primary antagonists of the ninth episode "The Fair Haired Child" of the first season of Masters of Horror.

She was portrayed by Lori Petty.

Judith was a gifted and wonderful violinist who fell in love and married to a fellow musician named Anton and together, they run the Ruric International Music Academy, had a son named Jonathan Bernard Ruric and they live in an isolated family mansion located on 3689 Selkirk Street in Laketown, Maine. Until one day, on their son's 15th birthday, he drowned in a nearby lake outside their house and died. It has destroyed their entire idyllic happy life and left them heartbroken.

After the death of their son, Judith and her husband Anton receives a ritualistic spellbook from an old music student of theirs named Alamir Taylor Hackett who seemingly practiced occultism. They used to conduct a ceremony and performing a ritual following the book's instructions, the parents make a deal with some entity, which involves them providing a sacrifice of one child per year until the quota of twelve is reached for their beloved child to become a living human once again.

In 2006, a young teenager Tara in Greenwich, Connecticut, though a pretty and talented teenage girl, is not liked at her school and has no friends. Upon returning home one day on her bicycle, she is struck down by a van and promptly kidnapped and drugged. She seemingly awakens in a hospital bed with a nurse informing her that she is far from home and was found within a mansion (under the false name "Saint Angelo's Hospital") which the "nurse" falsely claims that it is a hospital and it is on 43 Rhodes Park in Stowe, Vermont. After some odd personal questions, Tara finds out, to her shock, that she is not, in fact, where she thinks she is and attempts to scream for help and run, which grants her nothing. The kidnapper apprehends her as she tries to escape, and with the help of the "nurse", throws her into the basement.

Tara explores the basement, finding only a young boy hanging from a noose, close to death. She saves him, and the two begin to form a bond. The boy, named Johnny is sweet and kind but cannot talk; he has to communicate by writing in the dust. With Johnny's assistance, Tara uncovers cryptic warnings on the walls, such as "Beware the Fair Haired Child!" and "Get out before it wakes up!" As if that wasn't enough, the two discover a room with numerous backpacks and a bathtub stained with blood, showing that they are not the first victims in this basement. Shortly after this, Johnny begins to breathe hard as a great gust of wind shakes everything in the basement. Tara attempts to comfort him by talking to him about the picture drawn in her book: A comic she made up of a princess befriending some seemingly evil creatures who help her out and become the greatest friends she's ever had.

Angered with the kidnapping couple, she yells at them for the mistreatment of her and Johnny. It is then we witness his transformation from a normal boy into the hideous demon called the "Fair Haired Child". Scared out of her wits, Tara hides from the creature successfully until it reverts into the boy she befriended. It is then he reveals a silver urn with a real name. His shameful secret: the couple is his parents Anton and Judith. 12 years ago, Johnny who was born on September 2, 1980, died by drowning on his 15th birthday while trying out a small rowboat that his parents had given him as a birthday present. Desperate over the loss of their son, Johnny's parents gain hope from a ritual book they receive from an old student who seemingly practiced occultism. By performing a ritual following the book's instructions, the parents make a deal with some dark entity, which involves them providing a sacrifice of one child per year until the quota of twelve is reached. Tara is the last before Johnny can become human again.

Johnny begins to cry and pound the wall, writing that he does not want to hurt her and to forgive him. She embraces him as he begins to change. The demon re-emerges and performs its final kill by disemboweling Tara. Soon afterward, Johnny's parents descend into the basement to find Tara's corpse covered with a piece of old newspaper, with the words "I forgive you, Johnny", written on it in her blood (which she apparently wrote before dying).

That night, the couple then happily performs the final stage of the ritual, leading Johnny through an arch in their garden, transforming him into the beautiful, blond boy he was before his death. The next scene shows his parents calmly playing their instruments as Johnny sits quietly, looking over Tara's drawing. Upon their questioning of his silence, Johnny (speaking for the first time) responds about his jealousy of their talent and his wish for something that he himself is good at. Smiling, he informs his mother that he found it. His talent is bargaining. It is then that the lights begin to flicker and a strong wind travels through the house as his mother hysterically screams, asking Johnny what he did. He replied that it took them twelve kids to resurrect someone. He narrowed it down to two, and they didn't have to be children. Johnny smiles sadistically as Tara bursts through the window as a female version of the Fair Hair Child, and gruesomely kills his parents.

The alive-and-well Tara waking up, curiously observing the Band-Aid on her arm (which indicates Johnny injected her with something to make her temporarily forget what had happened). She meets him in another room, and the two introduce themselves again as he takes her for a stroll to the lake. As the "Fair Haired Children" pass, they walked past the graves of Johnny's parents with wooden crosses and their names on them within the garden. 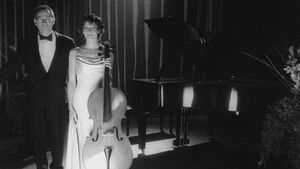 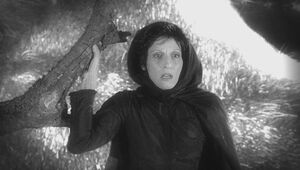 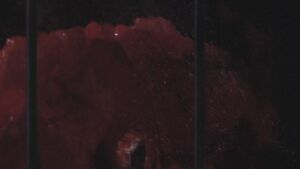 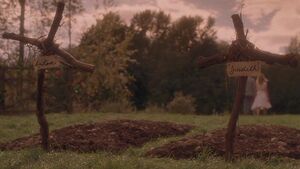 Add a photo to this gallery
Retrieved from "https://villains.fandom.com/wiki/Judith_Ruric?oldid=3380292"
Community content is available under CC-BY-SA unless otherwise noted.