NOTE: This article is about the incarnation of Juggernaut from the X-Men film series. The mainstream version can be found here: Juggernaut.

Member of the Brotherhood of Mutants (original timeline)

Helping Magneto in defeating his enemies.

Helping Firefist in defeating his enemies.

Assist the Brotherhood and Magneto to kill off the Mutant Cure (original timeline, failed).

In X-Men: The Last Stand, he was portrayed by Vinnie Jones, who also played Finbar McTeague in Smokin' Aces 2: Assassin's Ball, Sean Teague in I Am Vengeance: Retaliation, Bullet Tooth Tony in Snatch, Golden Pole in Redirected, Big Chris in Lock, Stock and Two Smoking Barrels, Drake in Escape Plan, Danny Brickwell in Arrow, Rommel in Garfield: A Tail of Two Kitties. In Deadpool 2, he was portrayed by the film's director David Leitch and voiced by Ryan Reynolds, who also played Deadpool in the same film, Jerry Hickfang in The Voices, the Eteon Director in Hobbs & Shaw, Dude in Free Guy, and Nolan Booth in Red Notice.

He was recruited by Magneto after broken free out of imprisonment by the US Forces and soon became one of Magneto's trusted enforcers, alongside Mystique and others.

When Magneto attempted to recruit Jean Grey, Wolverine and a few other mutants fended Juggernaut. However, Cain remained the victor in the showdown. He was then sent to kill of the mutant cure's source, alias "Leech" in Alcatraz.

Kitty Pride, alias Shadowcat was sent to pursue Juggernaut and prevent him from completing his mission. Juggernaut got mad and then went on a rampage after her. In the end, he got knocked out by a wall when infiltrating Kitty and Leech. It is unknown if he is still alive.

Juggernaut initially appears as a prisoner of the "Icebox", an isolated prison for mutant criminals, held in an area excluded from the rest of the prison, due to him being the most dangerous prisoner. When Deadpool and Russell Collins arrive at the Icebox, Deadpool alludes to the "monster" hidden in the basement. Later on, as a result of the attack on the prison by Cable, the prisoners are set to be moved to a new facility, Juggernaut included. During a riot, Russell takes the opportunity to sneak towards the restricted area, where he shares his food with the unseen Juggernaut and offers to help free him during the transport. These actions quickly get Juggernaut to ally himself with Russell.

During the transport, Russell frees the Juggernaut, who destroys the truck, bisects Deadpool, and escapes with Russell. Cable decides to team up with Deadpool and they plan to stop Russell from killing the orphanage's abusive headmaster, an act which sets Russell down his murderous path.

Wilson, Cable, and Domino arrive at the orphanage to stop Russell and the Juggernaut but face difficulty fighting the latter, who proves too powerful for them. Colossus arrives and fights Juggernaut long enough for Cable and Wilson to catch up with Russell. Colossus decides to fight dirty by bending the top of the fence and using it to stab Juggernaut’s eye then uppercutting his crotch. Soon after, Negasonic Teenage Warhead and Yukio arrive to help Colossus fight Juggernaut. Yukio wraps her electric chain whip around Juggernaut’s legs, causing him to release Colossus and Colossus to accidentally exposing his rear. Colossus places the electric wire on Juggernaut’s exposed rear and Warhead blasts him to a water bath, which seemingly electrocute him to death. As said by Colossus, Juggernaut does not die and he is seen emerging from the bath. 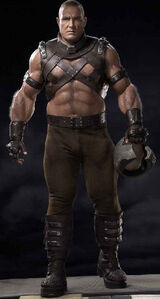 The Juggernaut in X-Men: The Last Stand. 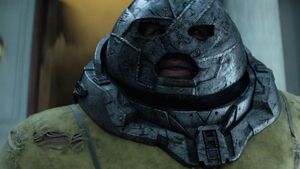 The Juggernaut in Deadpool 2.

Juggernaut vs Colossus in Deadpool 2. 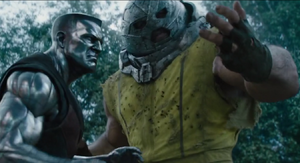 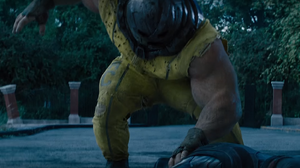 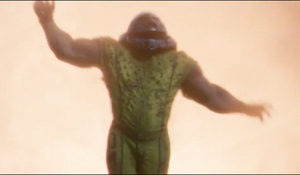 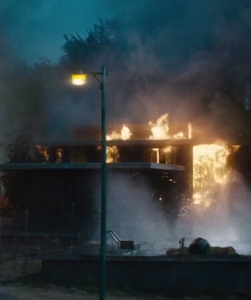 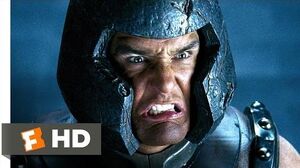 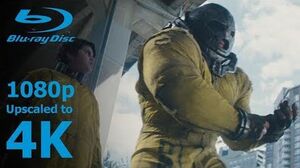 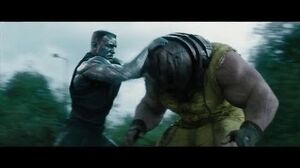