Member of the Servants of The Abiding Truth (Formerly)

Orchestrating attacks against the UNSC.

Oppose the UNSC (Both failed).

He is known to his followers as the "Didact's Hand" or the "Hand of the Didact", was a Sangheili shipmaster previously in the service of the Covenant during its war against humanity. Fueled by hatred for humanity after the death of his wife Raia 'Mdama, 'Mdama became the supreme leader and founder of a new Covenant faction in the wake of the Great Schism. Despite years of eluding the public light, his activities on the shield world Requiem established him as a highly valued target and war criminal for the United Nations Space Command.

Prior to the Great Schism, Jul 'Mdama was a Shipmaster in the Covenant Forces and later, the Covenant Separatists. After the downfall of the Covenant Empire, Jul returned to his keep in 'Mdama, debating how Sanghelios would be run now that the Prophet Hierarchs had betrayed them and been driven off. His wife, Raia, however, was more concerned with how the Sangheili would rebuild in agriculture and engineering.

Jul ultimately sided against Thel 'Vadam and his movement, the Swords of Sanghelios, forming a Covenant remnant faction continue the fight against the UNSC. 'Mdama's forces later managed to gain access to the Shield World Requiem, where they unearthed the Didact and his Prometheans.

While absent from the main campaign beyond being referenced as the "Didact's Hand", Jul 'Mdama serves as the main antagonist of the "Spartan Ops" campaign which deals with the Spartan Ops fighting back against 'Mdama and his associates.

'Mdama met his end in the opening of the game when he was killed by Fireteam Osiris during the Battle of Kamchatka while interrogating Dr. Catherine Elizabeth Halsey. 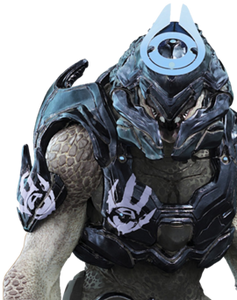