The Simpsons; Homer of Seville

Julia is the main antagonist in The Simpsons episode "Homer of Seville". She was the manager of Homer Simpson. She fell in love with him and stripped in front of him, and Homer refused. After that, Homer gave an opera concert and Julia almost assassinated him, but was stopped.

She was voiced by Maya Rudolph, who also voiced Rapunzel in DreamWorks' Shrek The Third and Smiler in The Emoji Movie.

At the beginning of meeting and saving the life of Homer, Julia appeared as a woman of good manners and friendly, but upon discovering her obsessing interest in Homer Simpson, she was able to do anything to get his attention, without his wife Marge's awareness, Julia would blame Homer for having harassed her, so that she would be closer and closer to him, pretending to be his manager, after being fired by Homer for not leaving him alone, Julia decides to take revenge and reach a point of uncontrollable madness for her jealousy.

She first saved Homer and Marge from an angry mob of fans before becoming Homer's manager. She tries to seduce him multiple times such as writing messages on her eyelids or disguising herself as Marge in his bed, but Homer refuses. Not accepting refusal, she tries to kill Homer, first with a Cobra placed in his cereal box, and later with a poisoned blowdart disguised as a conductors baton, during a showing of The Barber of Seville. However, both attempts were thwarted, first by Homer repeatedly whacking the cobra against the refrigerator door causing it to be dazed for the remainder of the morning, and the second when Marge stops her by hurling a French horn in the way, causing the dart to redirect back at her. However, the snipers actually saved her from poisoning by shooting her and then crashing the chandelier on her, squeezing out the remaining poison. While she is being sent to an insane asylum, she swears vengeance on Marge. 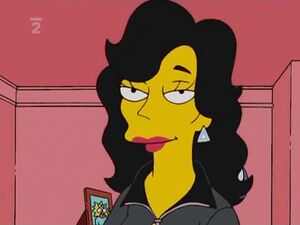 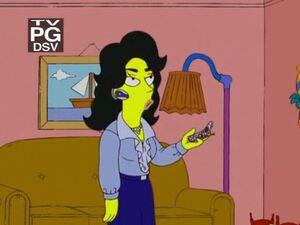 Julia as the new manger of Homer. 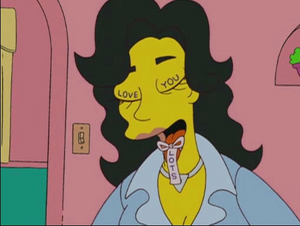 Julia with a message of love to Homer. 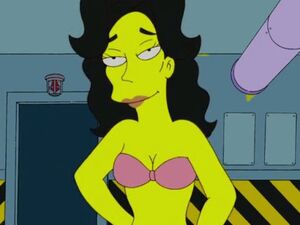 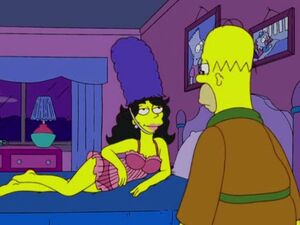 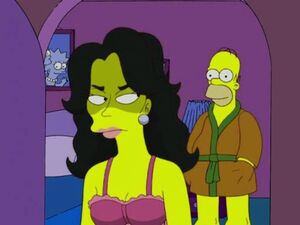 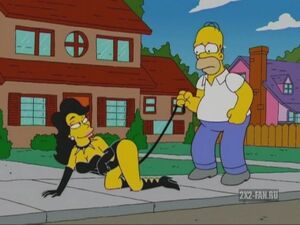 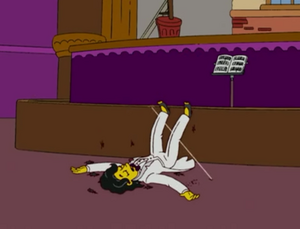 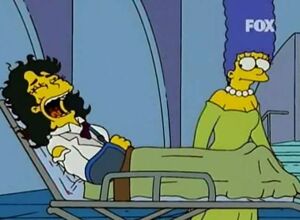