Restore Frank and kill Larry so they can be together (failed).

Restore herself to life with the help of Dr. Channard (succeeded).
Kill her stepdaughter Kirsty (failed).

Julia Cotton is the stepmother of Kirsty Cotton and the secondary antagonist of the 1986 original novella The Hellbound Heart by Clive Barker, as well as its 1987 film adaptation Hellraiser and its 1988 sequel Hellbound: Hellraiser II.

Julia originally lived in England but relocated from thereafter marrying Larry Cotton. Unbeknownst to Larry, Julia had been having an affair with his brother, Frank, behind his back. When they move to America, they move into Frank's old home, where he had been killed by the Cenobites. Julia enjoyed her time with Frank and seems to regret her marriage to Larry.

While moving a mattress upstairs Larry cuts his hand deeply and begins to drip blood throughout the house until he reaches the room where Frank died and Julia tends to his lacerated hand.

His blood provides the nourishment which enables Frank to escape hell and take a skinless form. Frank reveals himself to Julia and tells her that the Cenobites had tortured and murdered him. He requests that she provide him with men whose blood he can drain so he would heal completely.

Julia is reluctant at first but remembers Frank's time with her when they had an affair and does so, bringing in at least 3 men for Frank. However, Julia's stepdaughter, Kirsty, suspects that Julia is cheating on Larry when she brings the third man in, so she goes up to the attic, only to find Frank draining him. Frank attempts to rape her, but she throws the puzzle box out the window and escapes. She ends up in a hospital, where she meets the Cenobites and agrees to bring Frank to them.

Kirsty goes back to the house only to discover that Frank and Julia have killed Larry, and Frank is wearing his skin. But Frank, preferring younger Kirsty, stabs Julia instead, drains her, and leaves her for the Cenobites.

Julia is a major antagonist In Hellbound.

Julia returns after Dr. Phillip Channard arranges for one of his patients to cut himself and bleed out on the same mattress that she died on. When she comes back, Channard feeds her some of his insane patients until she only needed only one more soul. Later she seduces Dr. Kyle MacRae and drinks his blood, making her whole again. Once Kirsty comes across his corpse, she attacks Julia in a rage but Julia knocks her out.

Once Julia and Channard get Tiffany to open the Labyrinth, she betrays Channard to use him as a sacrifice to the Leviathan and he becomes a Cenobite. While pursuing Kirsty and Tiffany, she finds and kills Frank by ripping his heart out as revenge for killing her, returning the exact quote of what he said to her from the previous movie. Julia finally catches up to them but is then sucked back into hell as she tries to attack them. 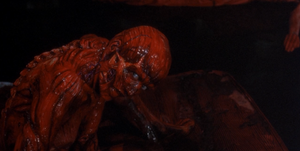 Julia, right after her rebirth. 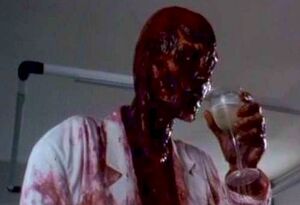 Julia in her zombie form. 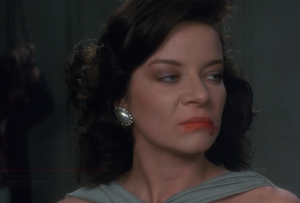 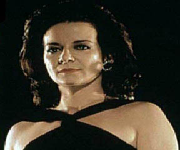 Julia (Queen of Hell) from the original ending of Hellbound: Hellraiser II. 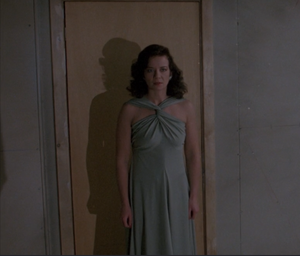 Julia, infront of a door near Dr.Kyle.