Julia Wright is a villainess from Supernatural, appearing in Season Five's "I Believe the Children are Our Future."

She was played by Ever Carradine.

Julia Wright is the biological mother of 11-year-old Jesse, a young boy with supernatural powers, which he has used to play elaborate practical jokes. She revealed that the boy's father is a demon, who possessed her and impregnated her. Because of this, Jesse is deemed as an Antichrist—a half human, half demon entity—and must be eliminated before he can be used by Lucifer as a powerful weapon. Sam and Dean believe that he can be spared if he's taken somewhere safe, which is what they were set to do. However, the aforementioned demon returns to possess Julia, and she moves on her way to Jesse's whereabouts. Demon Julia pins Sam and Dean to opposite walls and attempts to manipulate Jesse into using his abilities for evil purposes and to eventually bring him to Lucifer, all the while harming the brothers when they interrupt. Jesse uses his powers to silence the demon, allowing the brothers to exorcise him from Julia. 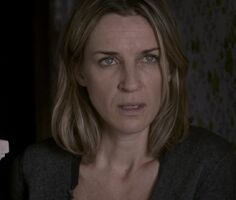