Servant of The Entity

Killing survivors for the Entity

Thrill-Seeking Murderer
Julie Kostenko is a playable antagonist in Dead by Daylight. She is a member of The Legion.

Julie grew up in Ormond, Canada, and had a normal life with her friends Joey and Susie Lavoie. In high school, she has heard of the actions of Frank Morrison and soon met him and eventually fell in love with him, introducing her friends to him as well. At some point after Joey loses his job again, Frank, Julie, and Susie meet the owner of the store and made a cabin where they hang out. Julie imagines killing someone with her friends and has not doubt that it makes her feeling good.

Frank and Julie made a bet, which Frank won and decides to raid a store by stealing items for their cabin. Here, they would meet Jeffrey Johansen, who also worked at the same store, to make a paint for their hideout, calling themselves the Legion. After this, Frank, Julie, and the rest go to the same store to rob more items until a janitor grabbed Julie, to which Frank stabs him from behind and later convinces Julie to stab him as well, which she did.

After that, Julie felt her first kill, which made her happy and paints a smile on Frank's mask. Later, Frank and Julie convinces Joey and Susie to kill the janitor. After that, the rest of the Legion made their escape until they see a black fog. Where Frank goes there and meets The Entity, Julie, Joey, and Susie also follow Frank and have since serves as its minions. 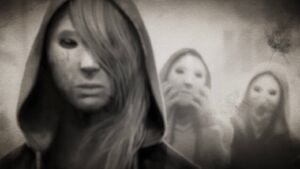 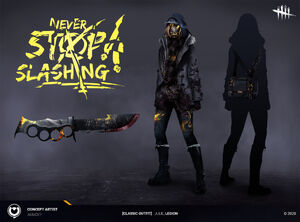 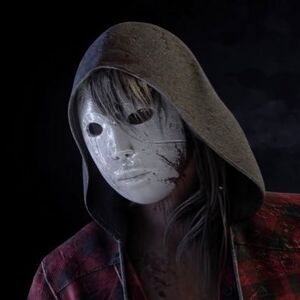 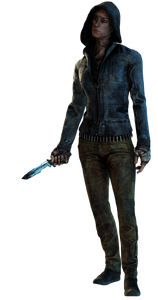 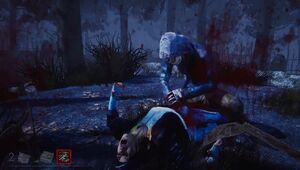 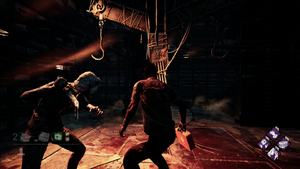 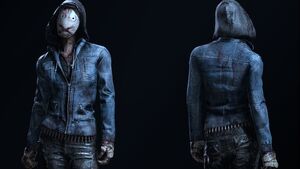 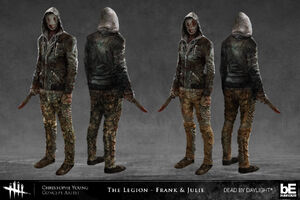